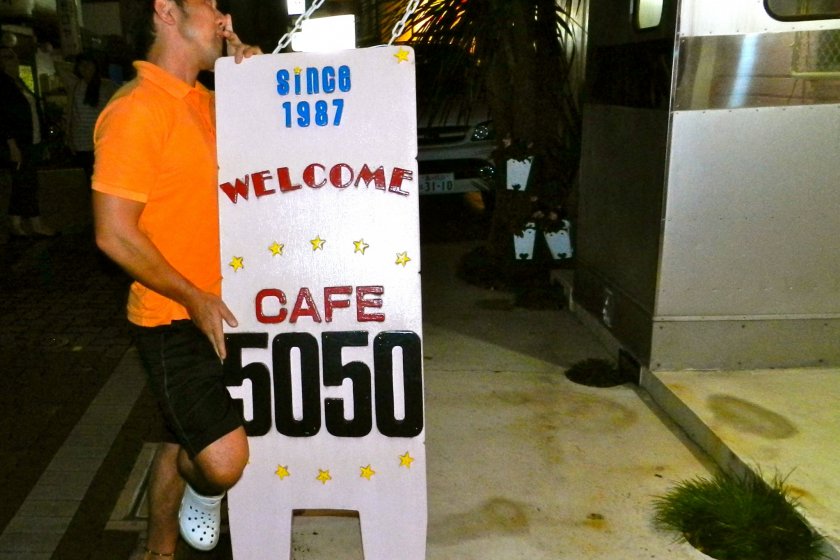 An American-style diner was not exactly what I expected to come across in the back streets of Kamata. And yet, 50/50 is exactly that.

While I was staying at Oakhouse Kamata, 50/50, just a short walk from the sharehouse in one direction, and the train station in the other direction, became a popular watering hole for the residents.

With brown plastic bar stool seats, and wide, Formica counters, it has a real feeling of a 1950s American bar, but hidden in the southern suburbs of Tokyo.

Aside from the standard bottled Japanese beers, they offer a range of imported bottled beers such as Heineken and Corona. They also have a drink menu that spans four pages, and offers everything from the simple screwdriver to the slightly more obscure coconut island. I don't know what was in it, but it was delicious. All drinks are ¥500, and you just pay when your drink arrives.

They also have a food menu with a wide, slightly incongruous, range of options such as fried chicken, fried potato, the indecipherable “tubo food” (it comes in a range of savory flavors!) and banana chips.

The décor includes framed retro car advertisements and neon beer signs, which seem to act as the primary source of light in the bar. There are also some quirky touches like the Mickey Mouse by the door and the custom made 50/50 ornaments.

Drinks are served by the owner slash manager, a cheerful, bespectacled gentleman who may need to check your order a few times as he always seems a little distracted.

While you’re drinking, you may want to get competitive and have a go at the electronic darts board at the far end of the bar, or play your favorite YouTube videos off the computer beside the bar.

The music is probably my favorite aspect of this bar, as they are usually playing songs from my childhood and adolescence that I haven’t heard in ten years that make me sing along and Google the names of long forgotten bands.

So next time you’re in Kamata, head over to 50/50, where you’ll find someone to drink a beer and throw some darts with any night of the week. 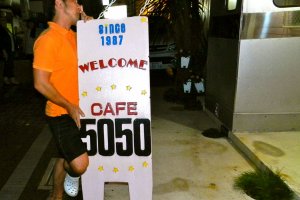 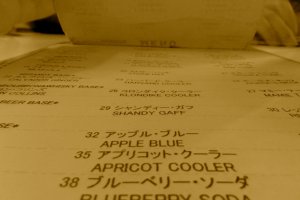 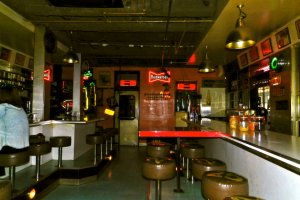