Japanese whiskey just twenty years ago was considered inferior to its Scottish and Irish competitors, but starting at the beginning of the millennium Japanese whiskey has continually won gold medal after gold medal in international whiskey competitions. In recent years, Japanese whiskey has been named by many magazines to be the best in the world. But Japan's new whiskey renaissance isn't just about quality Japanese whiskeys winning competitions overseas. Traditional American and European inspired whiskey bars are opening up in many parts of Tokyo, and Cabin in Nakameguro is another quality bar to add to the list.

Located right next to the river, Cabin is truly a beautiful looking bar. Reminiscent of big hotel bars in America, Cabin is cozy and intimate. The lights are dim and glow a deep orange, and there is a fireplace in between the tables. The beauty of the bar is in its simplicity. There are beautiful art pieces mounted on the wall resembling game hunting trophies along with a few signed baseballs and other arty memorabilia. Originally intended to be an American depression era style speakeasy, the location suggested itself to a cozier feel and the owners have done a great job with it. To add to the charm, the owner's Shiba Inu runs around the bar greeting customers. As soon as customers open the door, the dog perks up and greets them with a curious sniff. I would come to the bar just for the dog.

The bar is stocked with every whiskey imaginable - from Europe to Japan, Cabin has it all. Japanese whiskey is becoming more expensive and harder to find because of its sudden rise in popularity, but even so Cabin stocks rare Japanese whiskey bottles like the Yamazaki 25 and Hibiki 12. The bartenders can mix any of the normal cocktails and Cabin has its own menu of special recipes. Their "Tokyo Side Car" is very delicious. The bar also serves food and their signature dish is their homemade steak bacon. Other dishes include truffle oil French fries and US prime beef short rib curry.

There are many great reasons to come to Nakameguro, and Cabin has now become one of them. 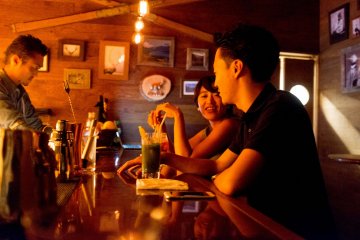 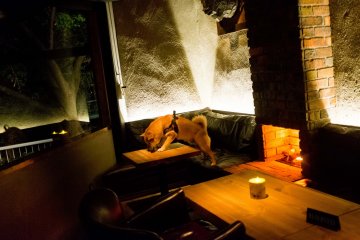 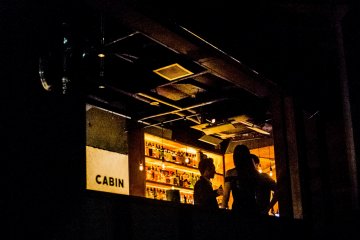 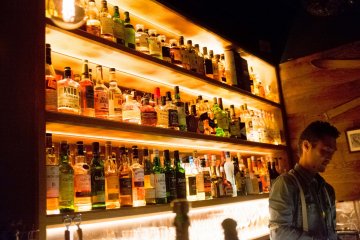 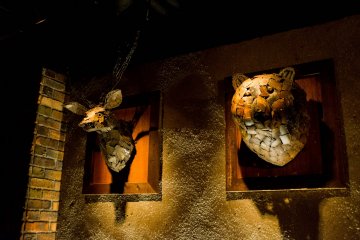 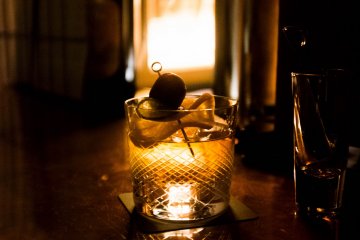 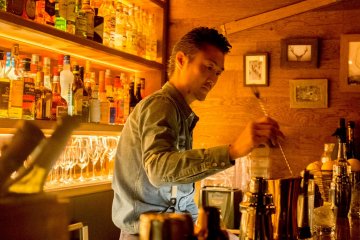