There's no denying the wonderful taste of Japanese alcohol. Nihonshu, Shochu, and even Japanese whiskey are winning awards seemingly everywhere these days. But tucked into a small back alley of Ebisu ward in Tokyo lies a wonderful bar with San Francisco roots.

Bar Tram and it's sister, Bar Trench are the only two dedicated absinthe and whiskey bars in Tokyo. The interior of both is inspired by the American depression era "Speak Easy" with dim lighting and western music included. The drink menu is expansive with both original and San Francisco inspired cocktails. Absinthe is served in it's traditional form: Sugar distilled under dripping water into the absinthe glass. And there is plenty to choose from, as their whiskey list rivals most American bars. Tokyo bars seem to harbor a habit of not serving cocktails that are not on the menu, but fear not, the bartenders at Tram and Trench are well versed in all standard cocktails and will even create their own concoctions to your liking. The Sazerac and Old Fashioned recipes are particularly spot on and they even serve the Casino Royal inspired martini, The Vesper.

But there is something more than the cocktails and music that sets these two above others. The sheer effort of creating an atmosphere that feels like the 1920s is nothing short of extraordinary. The bartenders are all dressed for the occasion and even don their newsboy hats to match. Be mindful to not talk to loudly, as they will remind you these aren't your normal Tokyo watering holes. If you come often enough the waitress will write down your names and your favorite cocktails.

Bar Tram also doubles as a coffee shop during day hours. Tokyo is in the middle of a coffee renaissance, with small home brewed coffee shops opening left and right. Bar Tram fits neatly into this cultural explosion with simple but delicious coffee.

Both bars can be found in the same area. Outside of JR Ebisu West Exit follow the train tracks to the Shibuya side. Cross the street and head past the Family Mart then take the first left. Bar Tram will be on your left. For Bar Trench, take the same route but take the second left and then right and you won't miss it. 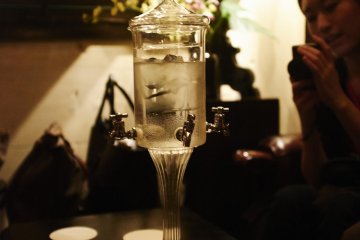 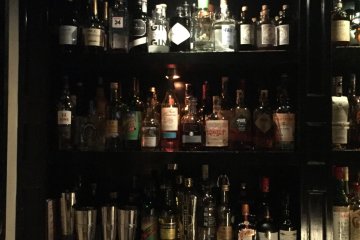 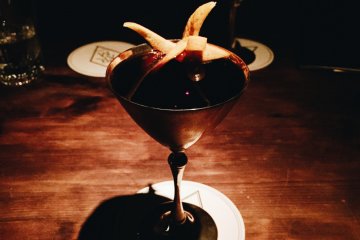 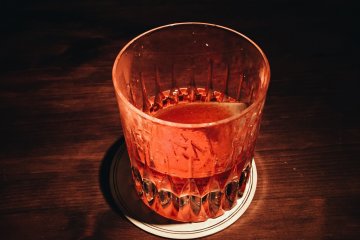 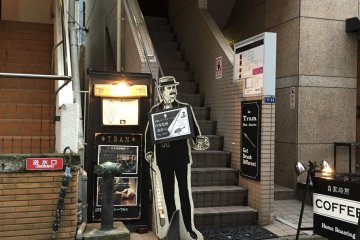 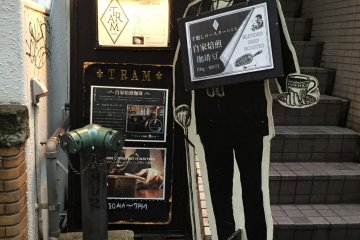