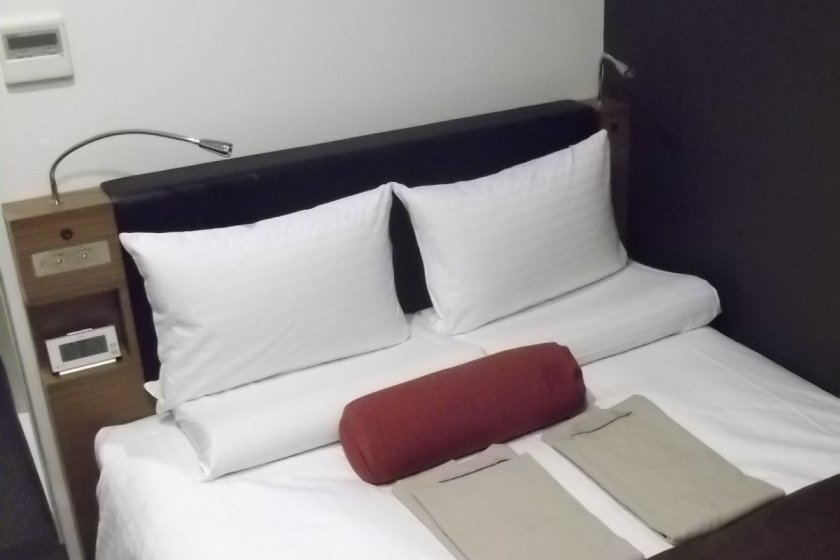 If you have an early departure or late arrival at Tokyo's Haneda Airport, then Kamata is a good place to stay: there are direct trains that get you to or from the airport in twenty minutes, and it also has fast, frequent connections to central Tokyo. Just a couple of minutes' walk from the JR station, Hotel MYSTAYS Kamata is a good choice, comfortable and affordable.

In my case, I arrived late in the evening, wanting to be well rested before a morning departure, rather than braving the rush hour trains with all my luggage. Helped by the attentive English-speaking staff, I checked in quickly and smoothly, and helped myself to some of the room supplies from the cabinet near reception: facewash, moisturizer, shaving foam and the like.

My standard double room was cosy and comfortable, done out in soothing earthtones, with a stylish modern design, lots of wood and glass and mirrors. As well as the usual features of TV and fridge, I had a little table which served me as a nightstand, and ample storage space for clothes and other things.

Despite being near the station, there was little noise from outside, and the firm, comfortable bed meant I got a decent night's sleep. There's no breakfast served, but there's a supermarket literally just round the corner that's open until 1:00am, so I could get my supplies and have them waiting for me when I woke up.

It's just ten minutes' walk or so to the Keikyu station for trains to Haneda. Kamata's more of a working town and rail hub than a sightseeing destination: there's little to take pictures of, but around and between the two stations there's a wealth of shops, cafes, bars and restaurants.

There are five different kinds of rooms: economy semi-double, apartment semi-double, standard double, standard queen, and accessible. Rates depend on the type of room and dates, but it looks as if you'll pay roughly between ¥8000 and ¥12000 for a room, which for the comfort and location represents very good value. 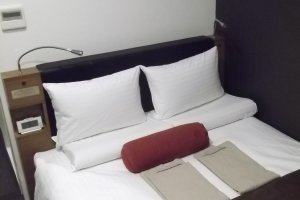 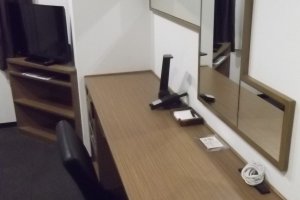 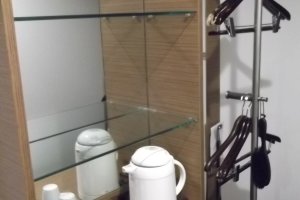 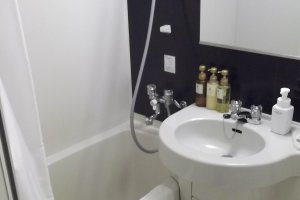 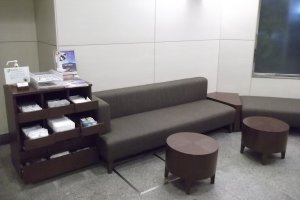 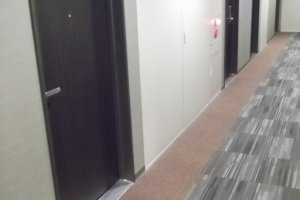