Great views of the flight action and city skyline

Waiting at airports due to flight cancelation or delays can be a bit of a pain. At Haneda Airport however, you can turn this time into fun, going shopping, enjoying fantastic food and having great time at the Haneda Airport observation decks, spots to relax and to enjoy beautiful views of the flights landing and taking off from the runway.

The rooftop observation deck at Terminal 1 is accessible from the sixth floor and you can observe flights taking off in the distance. It's a quite large open space where you can wander around and check out the views in different directions. If you want to be closer to the runways however, you should go to the observation deck at Terminal 2. I took a short ride on the bus that shuttles between the two terminals and went to the fifth floor at Terminal 2, from where the flight action is much closer.

The observatory at Terminal 2 has a really unique view. Rainbow Bridge, Tokyo Tower, Tokyo Skytree and Tokyo Gate Bridge—the observation deck offers all the spots in one view. It's kind of difficult to capture all these spots in one panoramic shot, but I tried anyway. Have a look at the images below.

The best time to visit the observation decks is probably in the evening around sunset or later when it's dark and the deck is illuminated. That's what I did. The deck turned into a romantic setup and I realized that people not only go there to kill time before their flight takes off, but they deliberately come here to enjoy the airport atmosphere and the night views of the city in the distance, and to take pictures of course. I think it's definitely worth a separate visit, so that you can take your time and enjoy, without having to watch the time and worry about missing your flight. Enjoy the snaps. 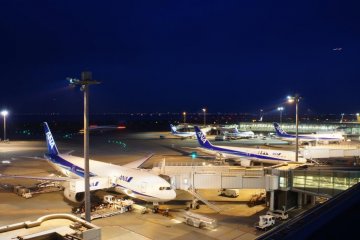 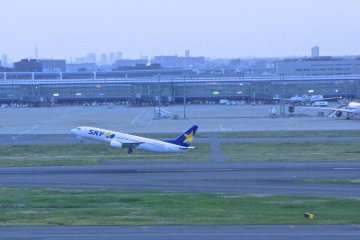 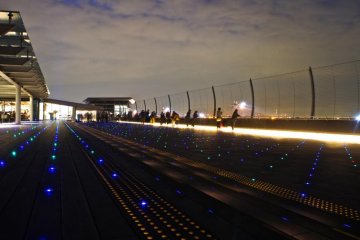 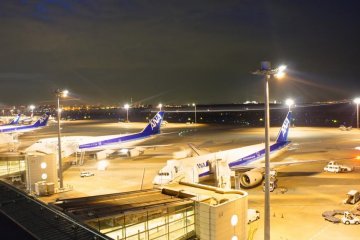 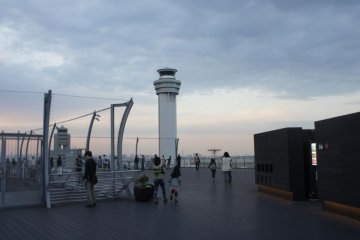 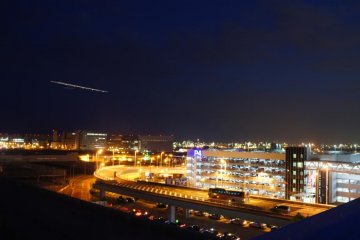 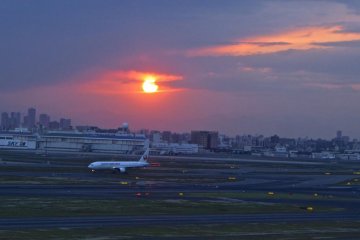