A brilliant fireball was seen in the South Pacific at Bikini Atoll in the Marshall Islands on March 1, 1954. The United States exploded an H-bomb in the first of a series of "Castle Test" detonations of hydrogen bombs conducted by the U.S. Atomic Energy Commission. This bomb test was called "Bravo."

The explosive power of this bomb was equivalent to 15 megatons of TNT, almost 1,000 times greater than the atomic blasts that completely destroyed the cities of Hiroshima and Nagasaki in August 1945.

Unfortunately, twenty-three crew members of a Japanese tuna fishing trawler, Daigo Fukuryu Maru (Fifth Lucky Dragon), encountered radioactive "death ash" from the Bikini blast while they were roughly 160 kilometers east of Bikini Atoll. At about 3:45 am on March 1, some crewmen were in the boat's cabin eating breakfast and saw the window shine as if it were sunrise. At around 7:00 am, white ash began to fall on the ship and continued for several hours.

Later that afternoon some of the crew began to feel headaches, nausea and eye irritation. A few days later, their faces began to turn strangely dark. The captain and officers decided to immediately return to their home port, Yaizu in Shizuoka Prefecture, abandoning further fishing plans. Two weeks after returning home, most of the crew members were suffering from painful burns to their faces and hair loss, in addition to the earlier symptoms. Following a thorough medical examination by Doctor T. Oi, it was diagnosed that all were seriously ill from radiation poisoning, and they were moved to larger hospitals in Tokyo.

A survey conducted by Professor T. Shiokawa of Shizuoka University found that the ship body, the crew and the tuna fish brought back aboard the Lucky Dragon were heavily contaminated by fallout from the "Bravo" test. Due to this ominous news, Japanese people were seized by panic as their daily nutrition depends largely on marine products. Consequently, any fishing in the open ocean became practically impossible.

Despite the hard work by doctors, Aikichi Kuboyama, the Lucky Dragon's chief radio operator, died on September 23, 1954. He became the world's first victim of a hydrogen bomb. To date, ten other members of the crew have died due to cancer and other H-bomb-related diseases.

The Lucky Dragon was delivered to the Tokyo University of Fisheries to be used as a training ship in 1956. The radioactivity had previously been confirmed to have decayed to a safe level. After serving the university for ten years, the ship was sold to a scrap dealer and abandoned on Dream Island, the graveyard for wooden ships in Tokyo Bay. Plans were made to sink the ship, but a letter to the Asahi Shimbun on March 10, 1968 began a campaign to save and restore the ship as a memorial and reminder of what happened.

After an expenditure of $800,000 and a full year of labor, the Lucky Dragon was completely renovated by Tokyo Metropolitan Government and is now housed in a triangle-shaped building in the city's Koto-ku ward. The exhibition hall is located at Dream Island Park (Yumenoshima).

The accompanying photographs of the Lucky Dragon No. 5 were taken during my visit to the exhibition hall on April 15, 2007.

As many Godzilla fans know, the Lucky Dragon incident was one of the inspirations for Godzilla (1954). In fact, some of the publications on sale at the exhibit include references to Godzilla. A "tip of the hat" was made to the Lucky Dragon in Godzilla in the opening sequence of the first boat attacked by Godzilla. A number 5 is clearly seen on a lifesaver aboard the boat.

A visit to the exhibit is a must-see for serious Godzilla fans and history buffs. Although the incident is a sad one, and the exhibit is somber, it is still well worth a visit.

The Daigo Fukuryu Exhibition Hall is open 9:00 am to 4:00 pm. The Hall is closed Mondays (when Monday is a holiday, the following Tuesday), Dec.29-Jan3. Admission is free. 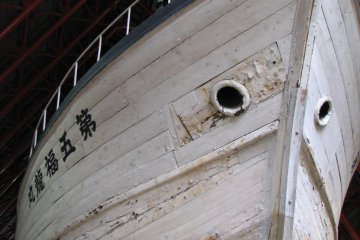 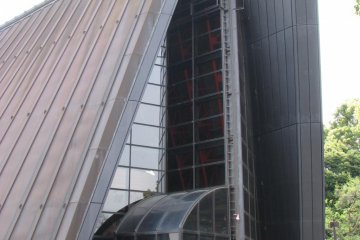 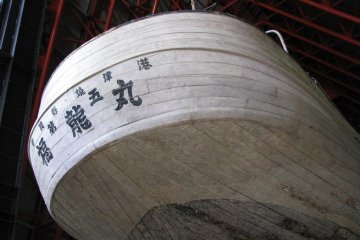 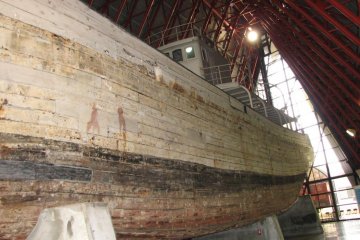 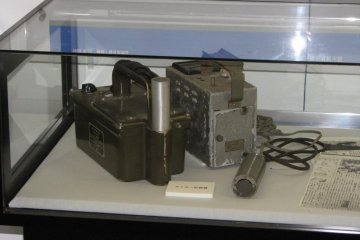 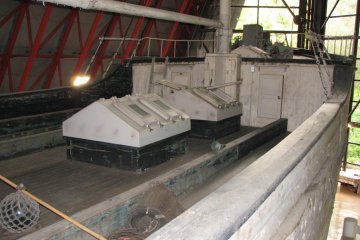 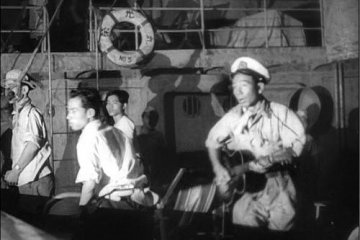