Where first-rate restaurants source their kombu 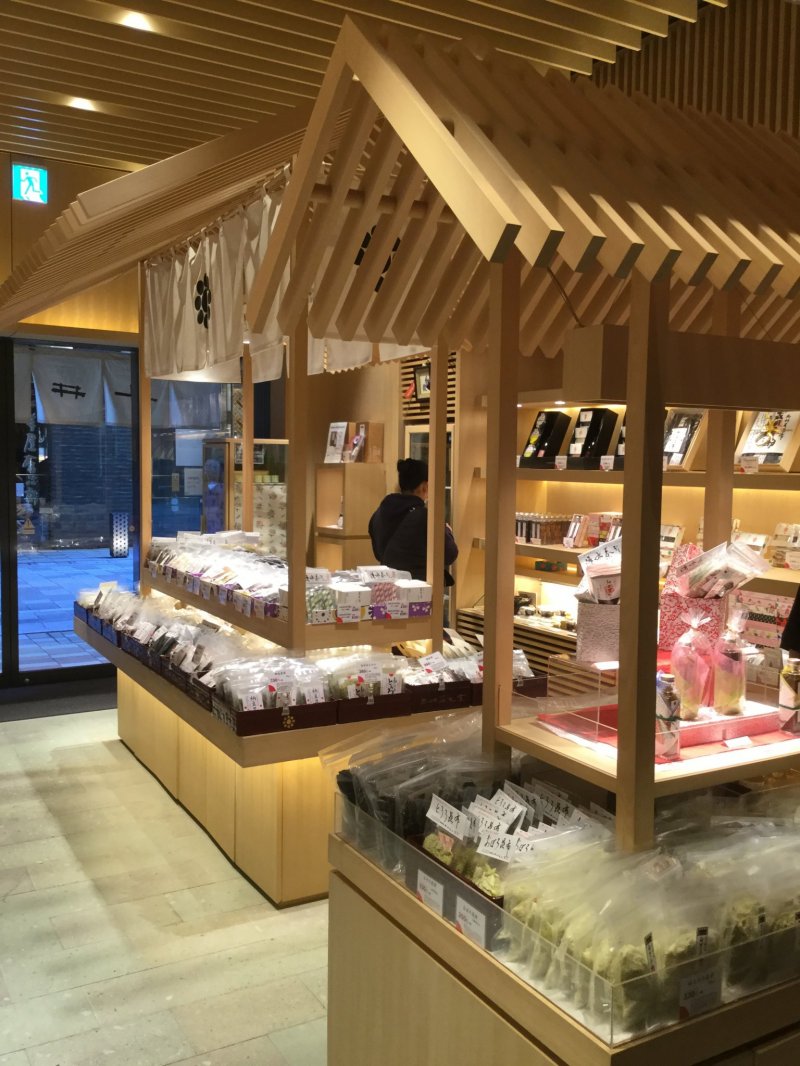 The floor of the shop is made of Shakudani, a volcanic rock found in Fukui Prefecture and was significantly important to the business as they traded these for kombu in Hokkaido

Premium piece of kombu that awaits your culinary creativity. 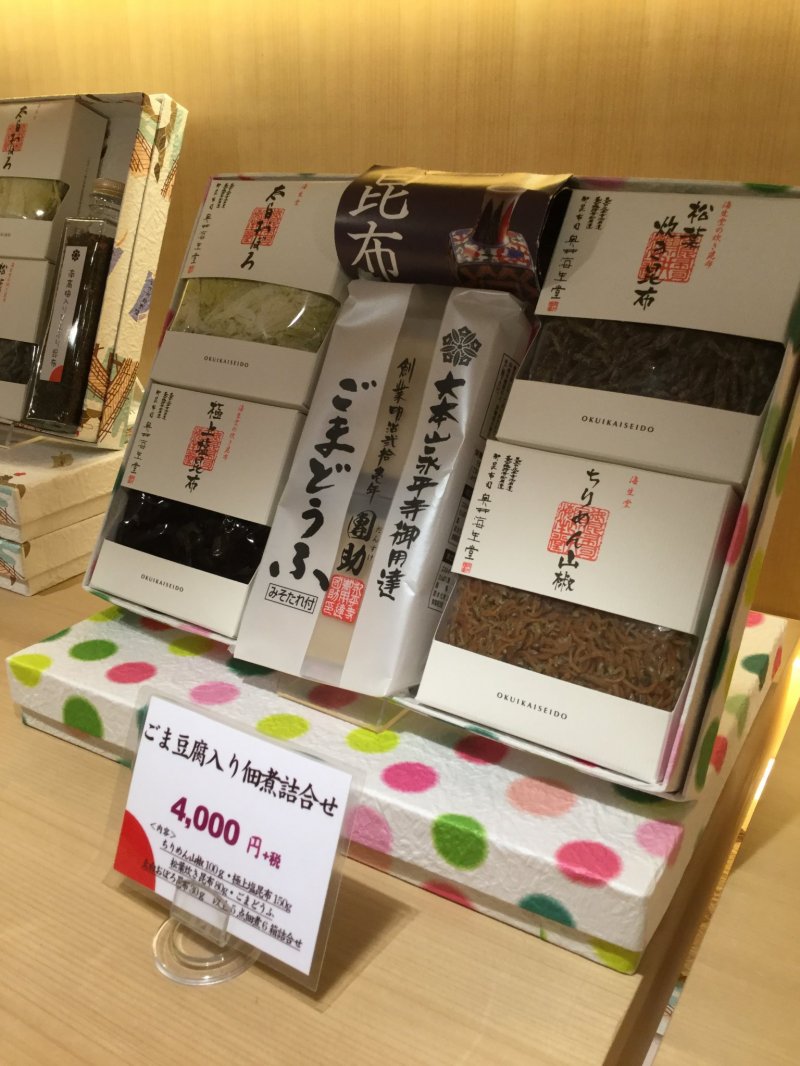 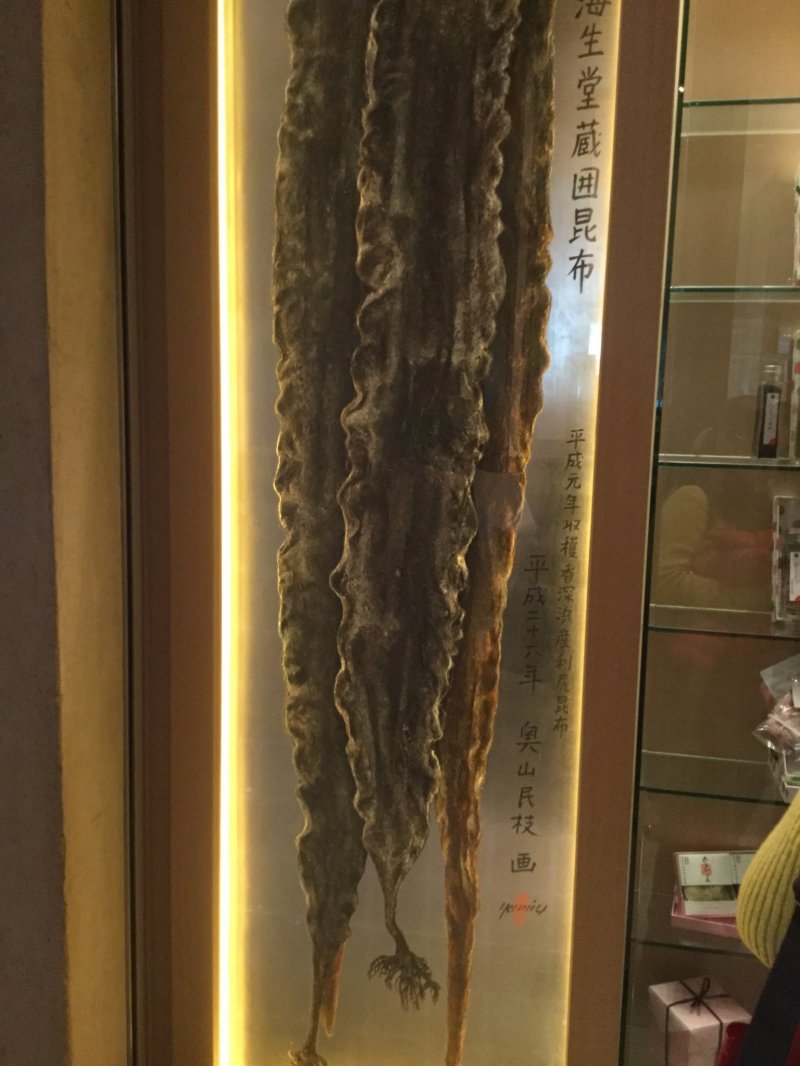 Kombu as art. The display outside the shop. 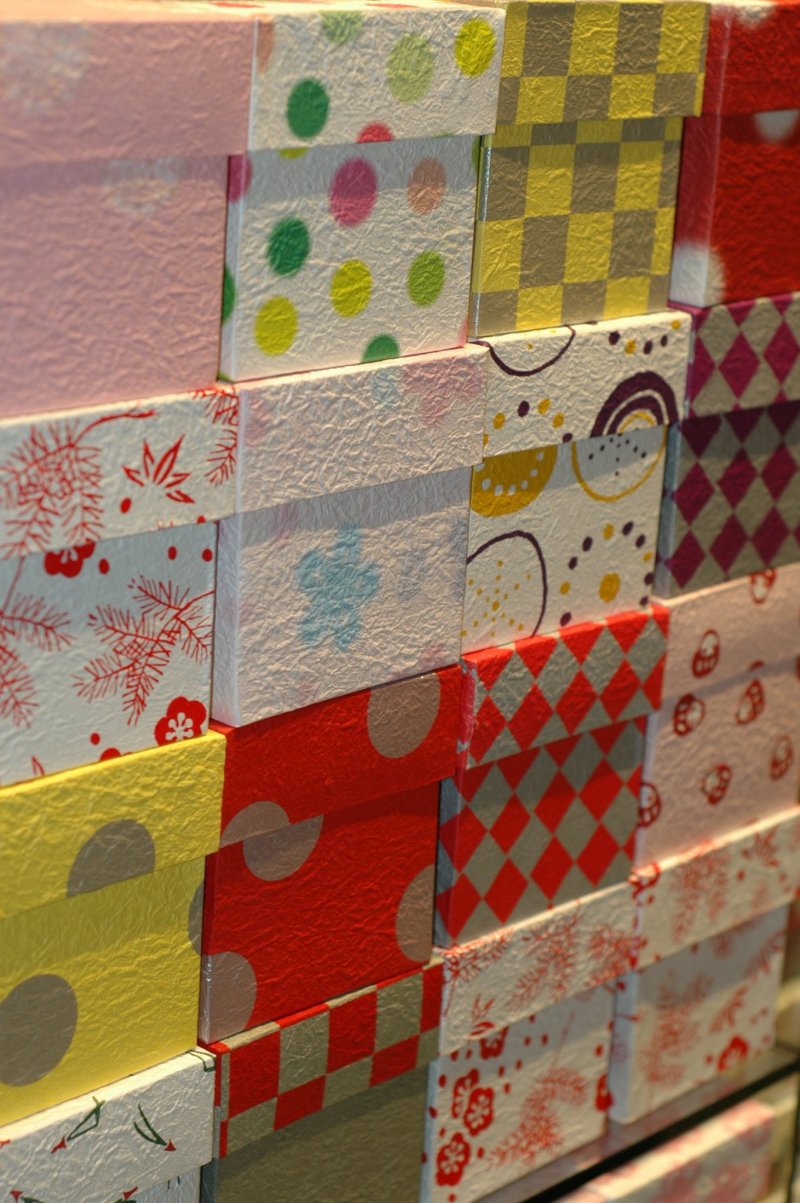 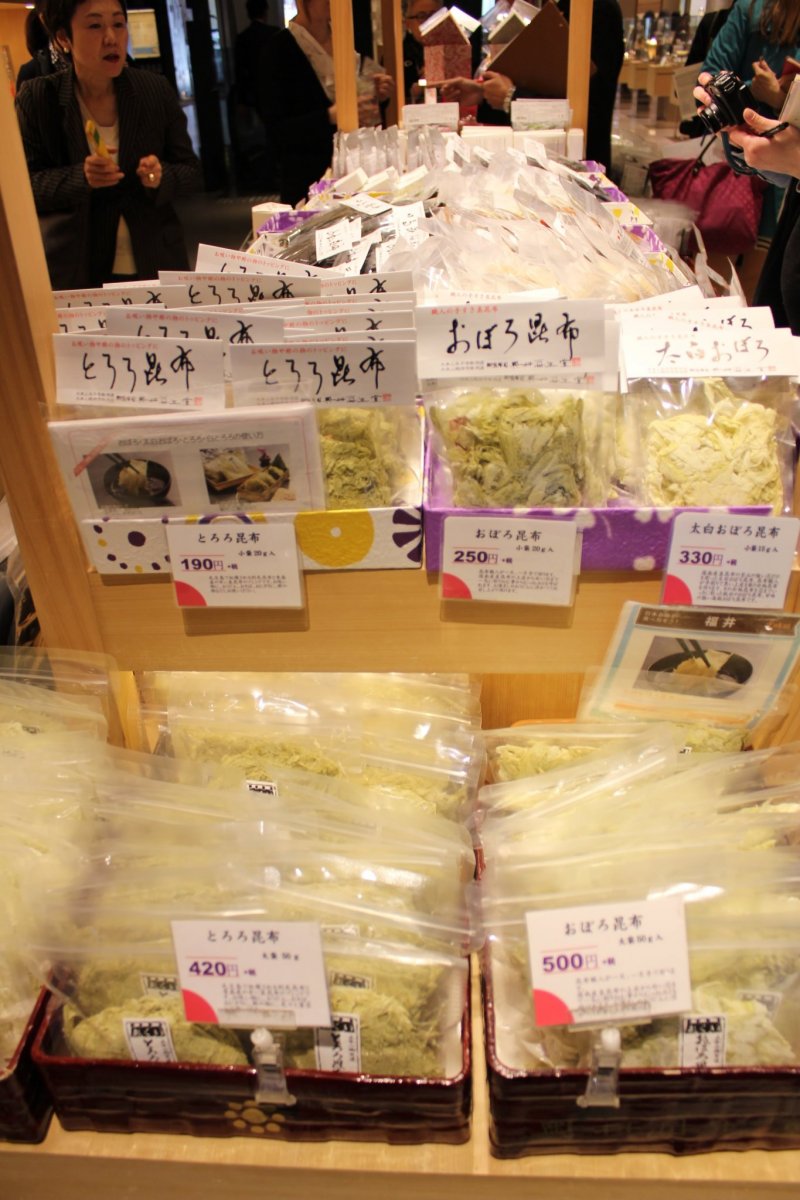 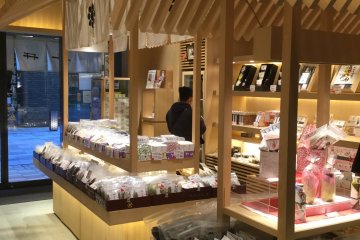 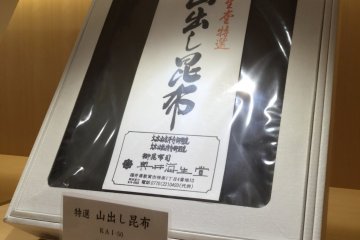 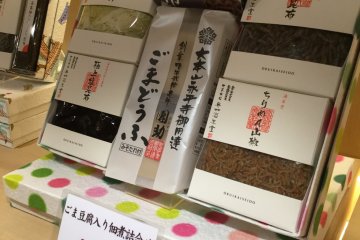 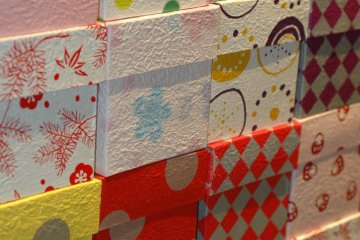 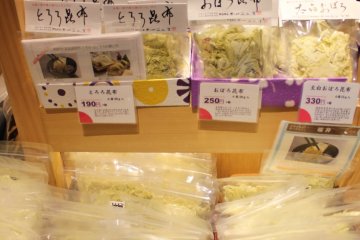 There are two pillars of umami, or savory taste, in Japanese cuisine: katsuobushi (bonito) and kombu (kelp). First-rate restaurants source the highest quality kombu from only one shop: Okui Kaiseido, which was founded in 1871 in Fukui Prefecture. During the Edo Period, Fukui was the midpoint between the ancient capital of Kyoto and Hokkaido. Ninety percent of Japan's kombu is sourced from Hokkaido where the cool water is essential its cultivation. The company used to trade shakudani, a volcanic rock found only in Fukui Prefecture, with Hokkaido's kombu, and at the Nihonbashi branch, the very same shakudani rocks make up the shop's flooring. In 2013, Kombu was added to UNESCO's Intangible Cultural Heritage list. Browse the wide variety of kombu products at the store and by adding kombu to a dish, you increase its nutritional profile with iodine, calcium and iron. Kombu makes a uniquely Japanese gift or souvenir and the shop has beautiful washi boxes to wrap your gifts in.

Easy access from Exit A7 of Mitsukoshimae Station of the Ginza Line or Hanzomon Line. Head towards COREDO.