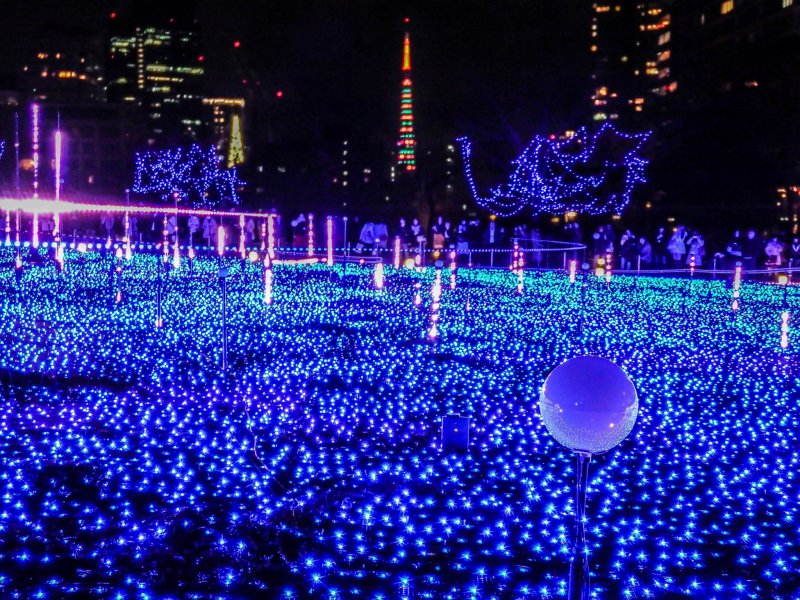 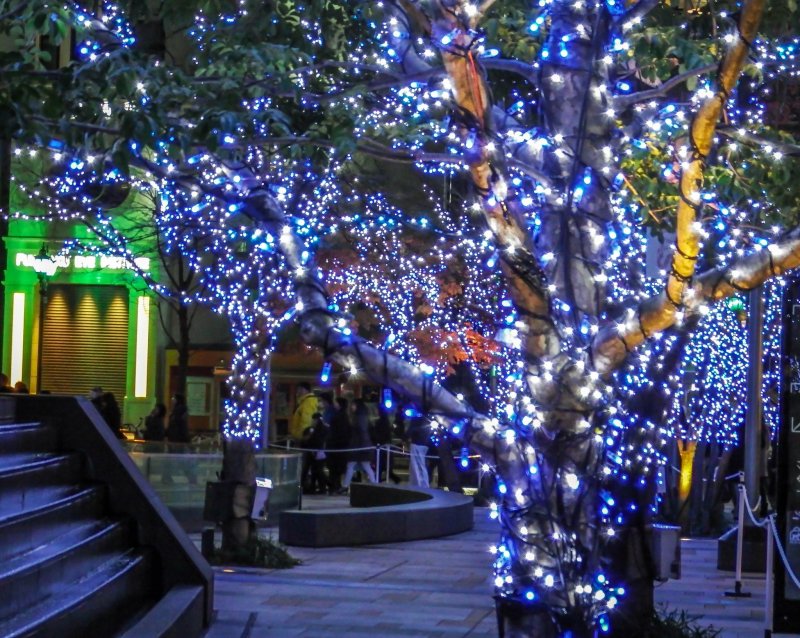 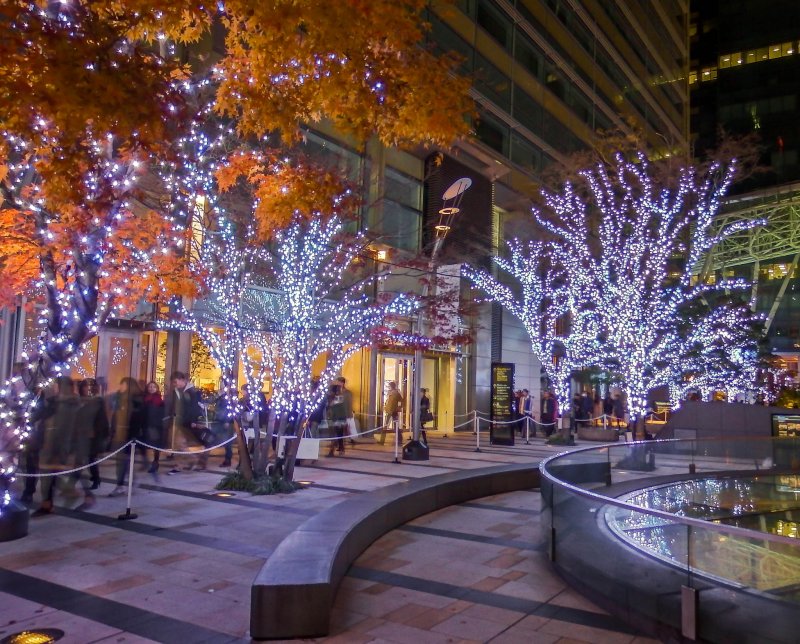 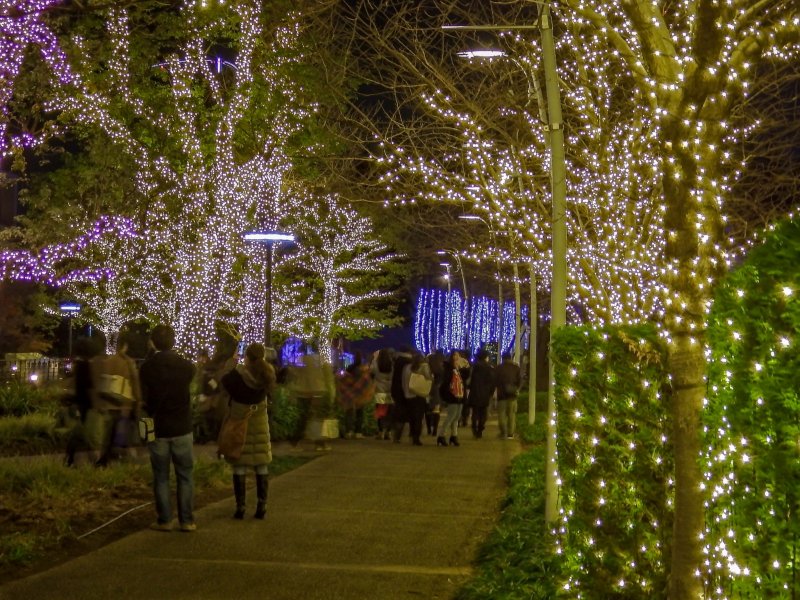 The crowds begin to gather 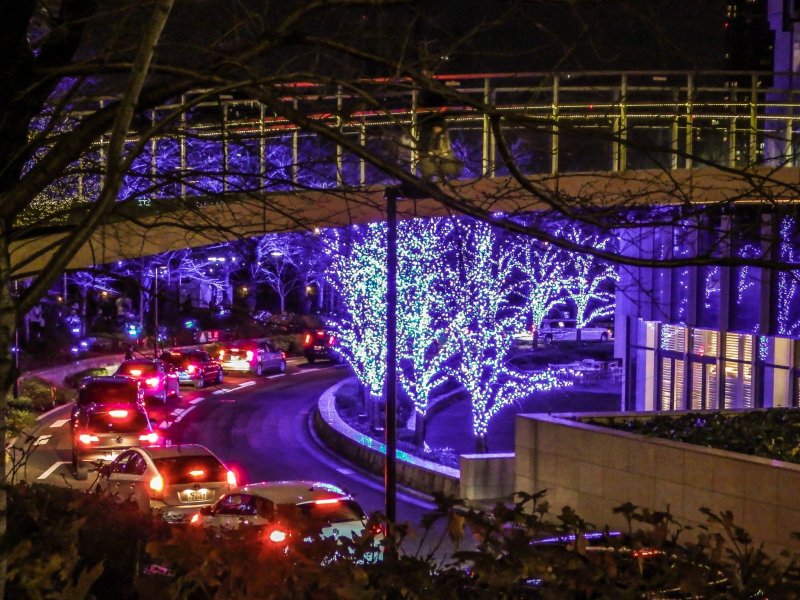 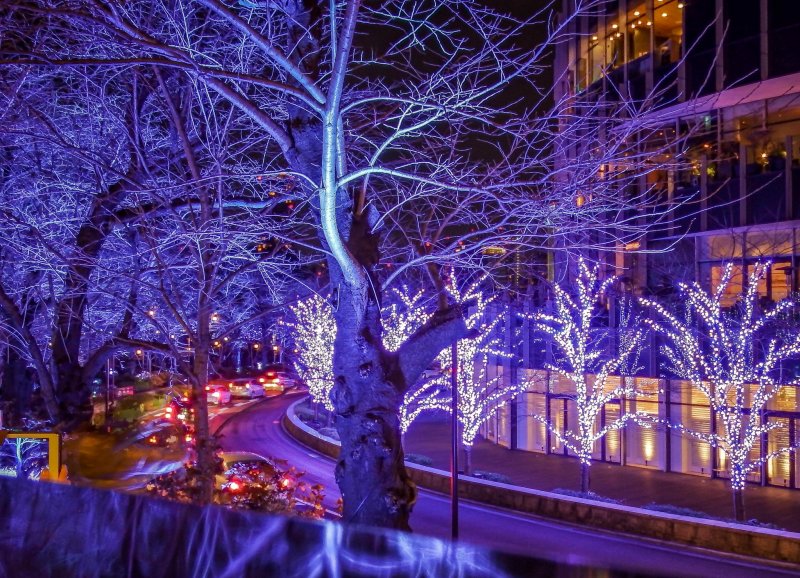 The bright lights transform everything into an ambient vibe 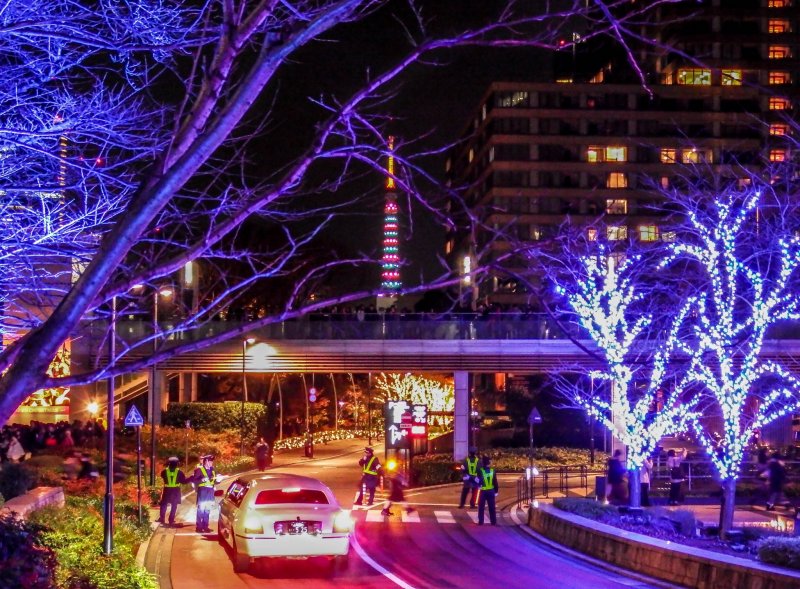 A distant Tokyo Tower clearly visible from inside Midtown Garden 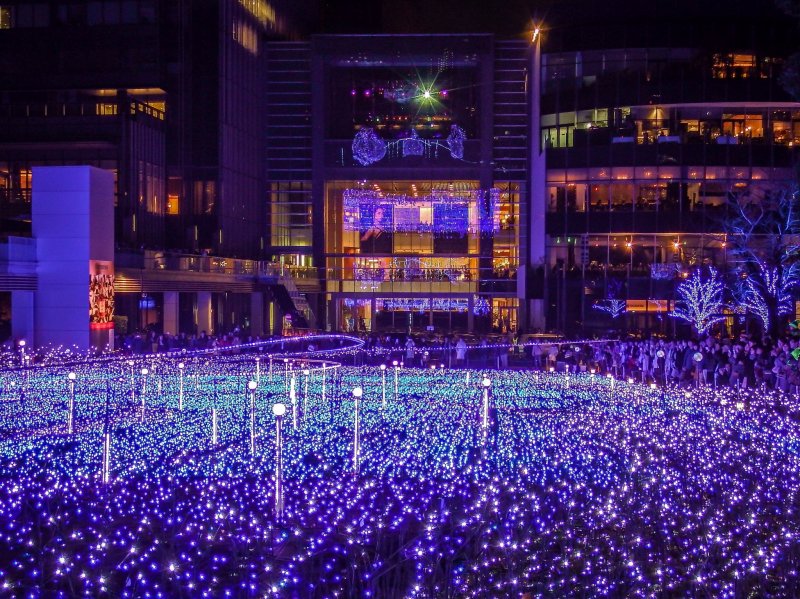 This colorful attraction is located towards the front of Midtown Tower 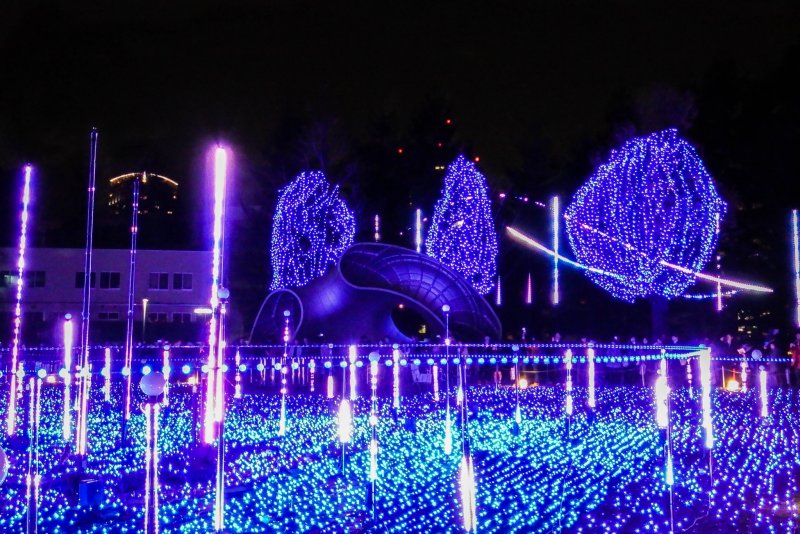 Utilizing over 180,000 LEDs, this impressive space age illumination is said to represent the birth of the galaxy 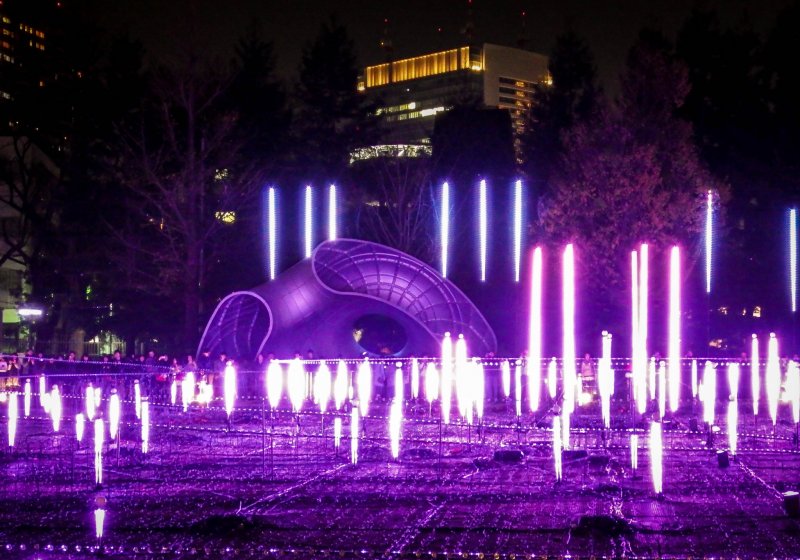 Featuring many relatively new 'stick illuminations', these are said to allow for a more three dimensional depiction of the world 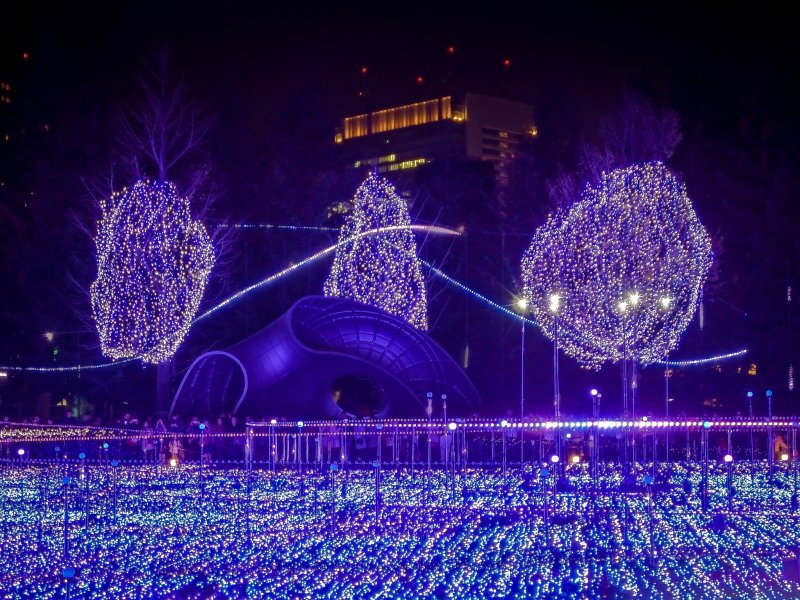 Even when viewing the same scene for several moments, the changing lights and colors create a total different atmosphere bringing a colorful end to a great evening! 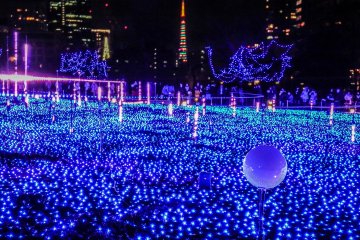 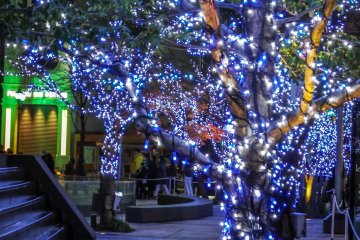 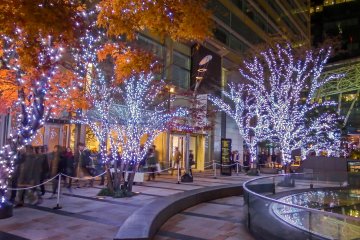 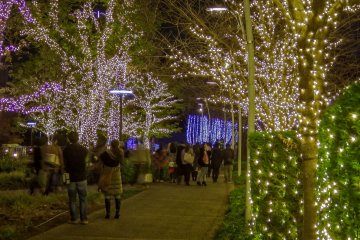 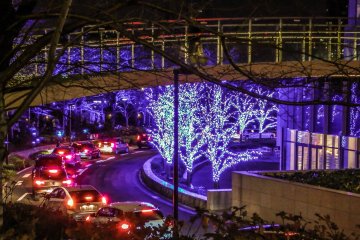 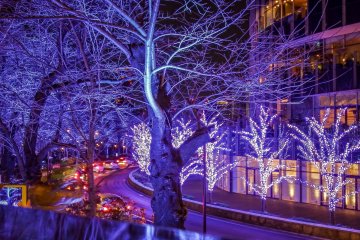 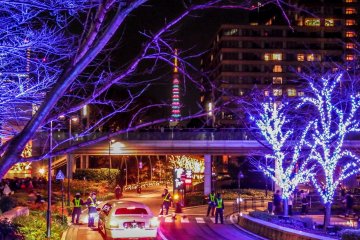 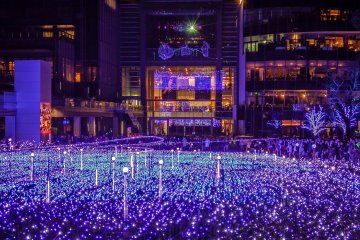 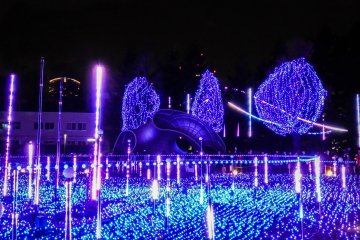 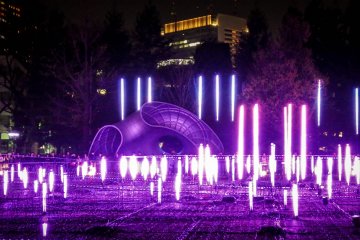 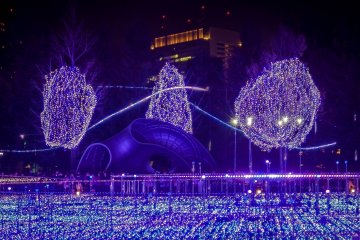 Not be to outdone by its nearby rival Roppongi Hills, Midtown's futuristic themed illumination has been attracting a large following since its original conception several years ago. Boasting six impressive attractions spread over a large area, the ultimate crown in the jewel is the 'Starlight Garden'.

This science fiction inspired attraction feels like something straight out of a space age movie featuring over 180,000 fantastically colored LEDs, said to represent the birth of the galaxy.

Find out more about Tokyo Midtown.