Pint after pint of deliciousness

Craft beer is on the rise and Japanese craft beer is no different. Of course, for the beer-loving traveler, one may not always know where to start with regards to the local craft-beer scene. Well, this is where Goodbeer Faucets comes in.

Conveniently located at Shibuya, just a short-walk away from the JR Shibuya station, Goodbeer Faucets boasts 40 different types of beer, all of which are on tap. Speaking of the tap, with a name like Goodbeer Faucets, the tap is bound to be something special, and it is. Designed by the owner and custom-made, the state-of-the-art tap system is definitely one of the reasons why beer at Goodbeer Faucets is so good (pun intended).

Out of the 40 carefully curated beers, there are definitely some international options thrown in. Amidst the high-quality Belgium, American and Scottish brews are of course some Japanese craft beers made right here on home-turf. These locally produced craft beers should definitely be on one’s to-drink list. All of the Japanese craft beer found on the menu are designed by the beer connoisseurs of Goodbeer Faucets which are then crafted and produced by carefully chosen local breweries. The taste of each beer is different, as are the concept behind them; these are beers made for beer-lovers by beer-lovers.

One look at the menu and one will easily discern which ones are the in-house craft beers, the prices are telling. At happy hour, a pint of in-house craft beer goes for as cheap as ¥500, getting deliciously drunk has never been so easy.

If you have a non-beer loving friend with you, worry not, to quote the bartenders, their favourite customers are the non-believers. Because by the end of the night, no one steps out of Goodbeer Faucets without becoming a convert. Many of the bartenders in Goodbeer Faucets has had a hand in designing the local craft beers, and aside from being beer-lovers themselves, are incredibly knowledgeable about drafts and draughts of every kind. So, when in-doubt, definitely ask for their opinion, their recommendations are almost never wrong.

For the more adventurous, Goodbeer Faucets has a beer-tasting set which features a mix of local and foreign drafts, some delicious, others quirky and a select few brow-raising. One of the surprise flavors include the double stout with Serrano chillis. Why would anyone brew chilli beer is anybody’s guess, but the combination works and even if it will not have you wax poetry about it by the end of the night, it is precisely these intriguing flavors that makes drinking beer at Goodbeer Faucets so much fun.

The crowd at Goodbeer Faucets is an international one, although Japanese patrons are still at large, it is not unsurprising to hear even the locals speak in a mix of English and Japanese. Many of the service staff hail from countries such as Switzerland and Israel, so have no fear if you are struggling with the very infographic menu that even displays each of the beers’ bitterness levels and are in need of some English translations.

Overall a fun, relaxed and cozy joint, Goodbeer Faucets will likely make a returning customer out of you and leave you mourning about not being a Japanese resident. 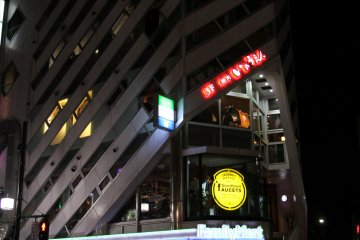 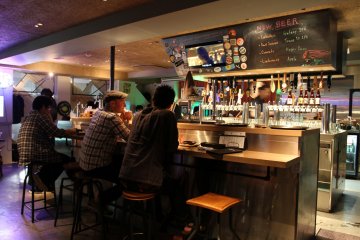 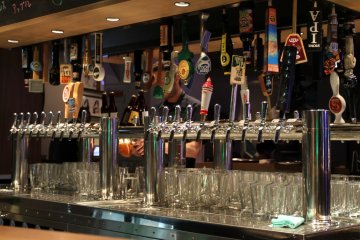 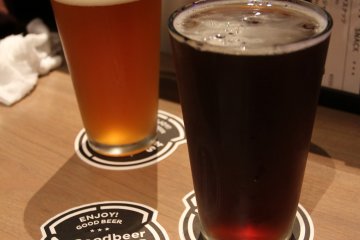 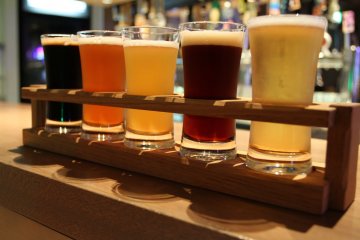