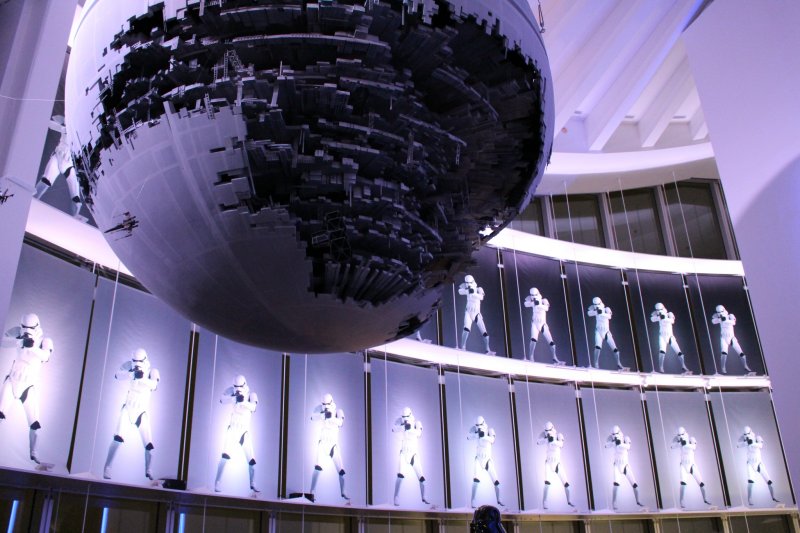 The Star Wars Visions exhibition (Japanese) is running at Roppongi Hills' Mori Tower until June 28th 2015. The Mori Arts Center brings Disney's much loved franchise to the heart of Tokyo, helping alleviate the wait for the next Star Wars epic that is Episode VII, which releases in December.

The main exhibition at the Mori Arts Center on the 52nd floor will take you multiple themed sections from the Star Wars universe, with original artworks from over 60 artists personally invited by George Lucas to contribute to this event. Tokyo City View observation deck (or Sky Gallery) has also been renovated and combines Imperial March music, a Darth Vader photo opportunity and panoramic views of the Tokyo skyline into an additional memorable experience for fans of the series.

Walk through different 'Vision' sections outlining the history of the movies, the Jedi and Sith force allegiances, the Star Wars galaxies and planets, and famous battles and characters from the movies – all featuring a combination of original artwork and over 100 items of concept art from the Lucas Museum of Narrative Art archives and original props and costumes used during filming.