The venue for marathon swimming and triathlon

Odaiba Marine Park is located on Odaiba Island, a large artificial island in Tokyo Bay. Built in the 1850s as a defensive area, Odaiba is now a large commercial and entertainment district. Its accessible waterfront will be the stage for the marathon swimming and triathlon events during the 2020 Olympic Games while the Paralympic Games will see triathlon competitions. Capacity seating at the temporary venue during the games will be 5500.

Marathon swimming is an open water swimming event of around 10 kilometers. The rules of marathon swimming are based on English Channel swimming. In 1875 Captain Matthew Webb was the first person to swim across the English Channel, and in 1926 the 19-year old Gertrude Ederle from the USA became the first woman to swim the English Channel. However, Olympic medals were first awarded in this sport in 2008. The triathlon is a multi-sport race including swimming, running and cycling. The athletes compete for fastest overall course completion, including timed transitions between the three races.

Odaiba is one of the most interesting places in Tokyo and there are many places along the Odaiba Marine Park or close by that are worth a visit. Among them is the Madame Tussauds wax museum with its impressive collections of ‘stars’ where you can take a souvenir photo. The museum is located in the DECKS Tokyo Beach complex with numerous shops, restaurants and attractions such as Legoland dedicated to the world famous construction toy and Odaiba Takoyaki Museum - a Japanese pastry traditionally filled with octopus.

A short walking distance away lies the interesting Fuji TV building. Its spherical Hachitama observation deck features wonderful views of Tokyo and Odaiba where, on a clear day, even Japan's iconic Fuji-san is visible. 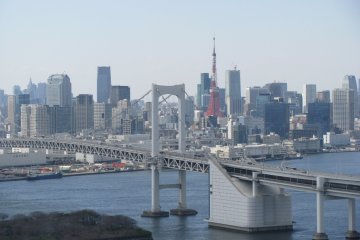 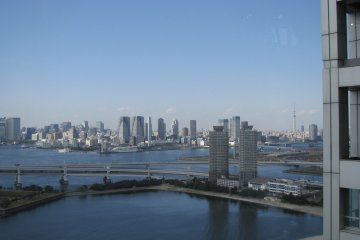 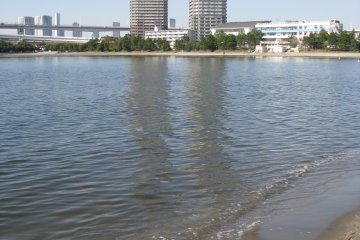 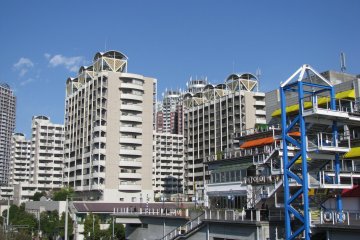 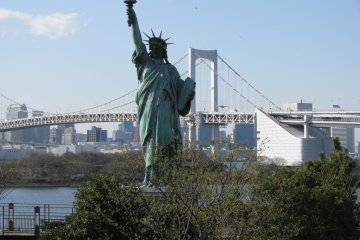 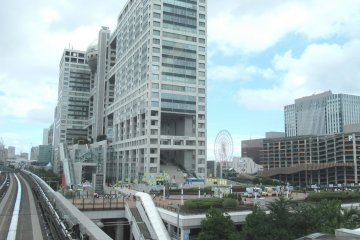 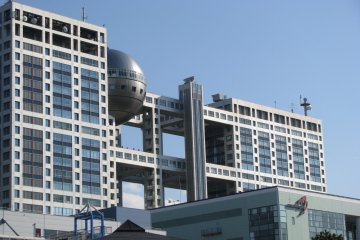 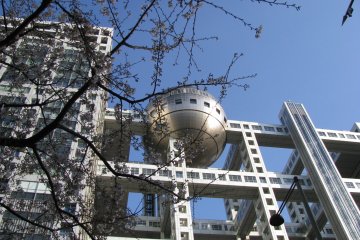 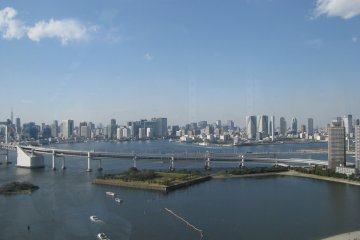