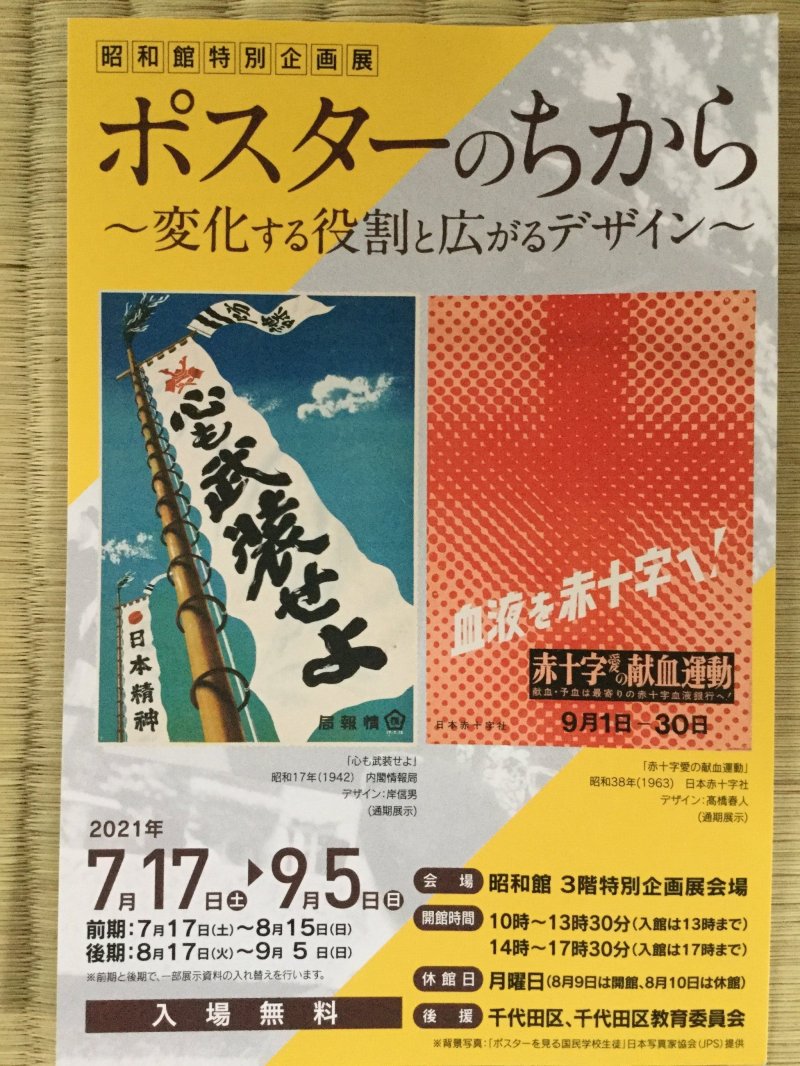 The Power of Posters: Changing Roles and Expanding Designs

A Special Exhibition at the Showa Memorial Museum

Posters have always played a role in advertising, publicity, information dissemination, and education. The Showa Memorial Museum has a collection of about 3,500 posters from the Showa Period that have been used for various intents and purposes, and have permeated people's lives. In this special exhibit, the museum has carefully selected posters that introduce poster production, key creators and designers in the Showa Period, and critical transition of design.

The exhibit is composed of four sections.

1. The early Showa Period when the field of "Commercial Art" has been established and a designer takes charge of poster production

2. The war period when posters were used to promote a fighting spirit

3. The postwar period when posters assisted in reconstruction and recovery efforts

4. Highlights of the Tokyo Olympic Games and Paralympics held in 1964.

The nearest station to the Showa Memorial Museum is Kundanshita (served by the Tokyo Metro Tozai Line and the Toei Line). Exit 4 takes you right to the entrance.