The Prince, Daimyo and the Paper maker

Tokyo is full of history, modern marvels, and crowds. While there are beautiful getaways such as Meiji Shrine, others are bit of a local secret. Well, here’s your secret: JR Oji station. This station created in 1883 is represented by the kanji meaning prince: 王子. Since early times, the area’s relaxing parks have been enjoyed by daimyo samurai leaders for cherry blossom viewing parties. Furthermore, the area was known since earlier times as a place for rice growers and paper makers. Evidence of this vibrant history can still be experienced today in nearby museums and parks. The area is also home to several shrines. The Oji Shrine is one of Tokyo's most important shrines. Meanwhile, Oji Inari Shrine, with a strong connection to rice, is decorated with fox miniatures and hosts a "fox" parade each New Year's.

JR Oji station is a 15-25 minute train ride from Tokyo station via the Keihin line, depending if you catch the rapid or local train. While the station is In the Kita ward of Tokyo, the less crowded streets creates a peaceful atmosphere. It’s a nice escape from the busier downtown areas of Shinjuku or Harajuku. The station is not huge, with just two platforms. However, the platform is very long! With a south, central, and north exit, I found taking the wrong exit could mean several minutes’ walk (upstairs, too) back towards the direction you want to go. So here’s what you should know:

Take the south exit to go to the park or its museums. Take a right then use the stairs and bridge to cross the tracks.

Take the central and north exits for shopping, entertainment (game center, restaurants), and to transfer to the Oji metro station.

Shrines are scattered around the vicinity. Local street maps or locals can point the way.

Being a JR station in a big city, JR Oji station has most of the facilities and services you would expect. Vending machines, snacks for sale at a convenient store, ATM, bathrooms, and being able to pay with for train tickets via a Suica card (a rechargeable prepaid card) are all available. 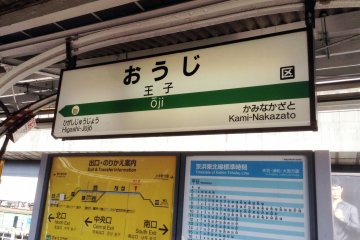 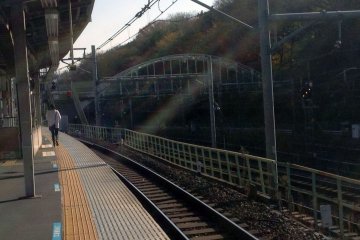 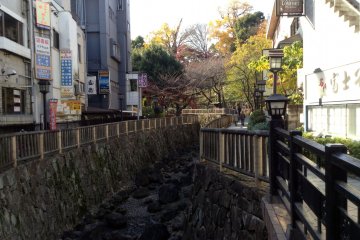 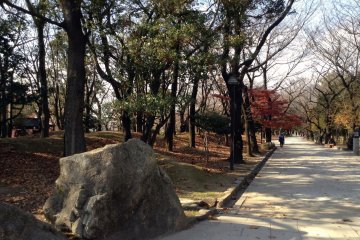 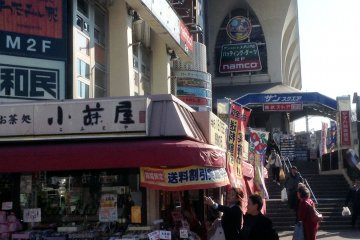 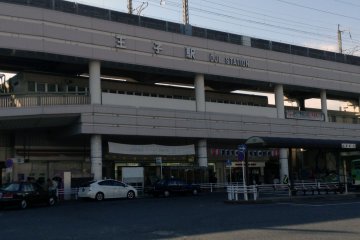 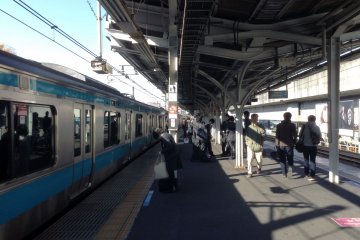 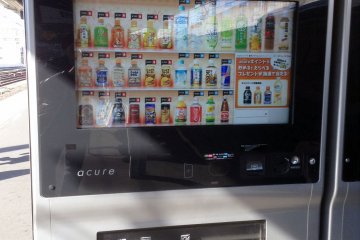