A cool, fun place to eat and drink

Looking for dinner one night in Shibuya, I was wandering round the funky district up behind Tokyo Hands past the top of Center-gai, home to lots of hip little cafes and used record stores. Tempted by the outdoor tables of Udagawa Naru, I was trying valiantly to read the Japanese menu, when one of the staff emerged (from inside, not from the menu) and gave me an English one, in the form of a photo album with descriptions and prices written in. The food looked good, the prices reasonable, so I decided to give it a try.

It's an izakaya (dining bar) rather than a restaurant or cafe, so it's set up for drinkers rather than diners; there are a handful of tables outside, a long table inside by the window, and a counter where you can watch the chefs at the hotplate. It's a mix of sleek modern design and faux-rustic fittings: chairs, tables, even the menus are made of wood, while there are big picture windows behind the banner curtains, and tastefully understated earthenware crockery. The friendly staff spoke a little English, and though I was there very early in the evening, a fun atmosphere developed as more customers came in.

The slightly steep ¥400 table charge got me a little starter, shirasu (sardine fry) on grated daikon radish, which I elevated to moderate not-blandness with some soy sauce. My main dish was a pork and cheese okonomiyaki pancake (¥650), generously sized for the price, tasty and filling. On the side I had grilled avocado and mushrooms (¥580), which was also good; the smooth avocado was nicely offset by the salty soy sauce, and the mix of textures was fun.

The menu is a bit of a mix of everything. Main dishes like beef and garlic rice, chicken ramen and chicken hotpot are between roughly ¥700 and ¥1000, while side dishes, such as potato salad and a delicious-sounding wasabi avocado chicken dish, cost around ¥400-¥600. Drinks and dessert aren't on the English menu, but with my limited Japanese reading skill I could decipher that ice cream and cheesecake are ¥450 each, while beer, highballs, wine, Japanese spirits, and all the other drinks that I couldn't read cost between ¥500 and ¥600.

I wouldn't recommend it as a date spot, but for a Shibuya night out with friends for some eats and drinks, Udagawa Naru is definitely a good option. 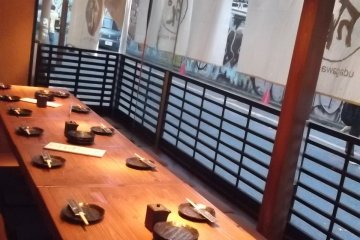 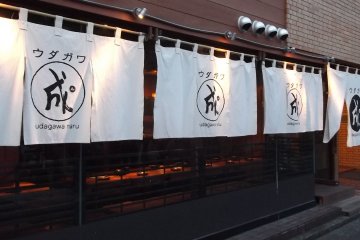 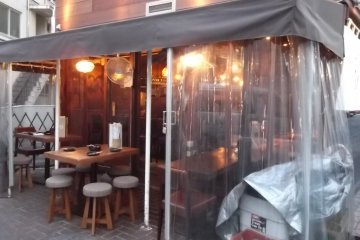 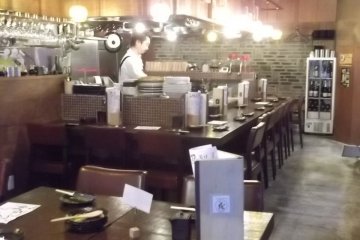 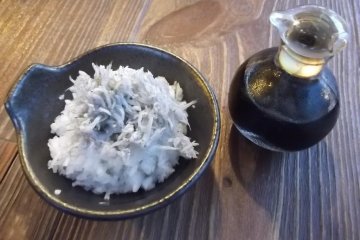 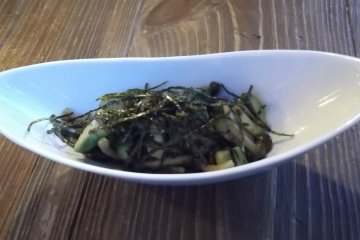 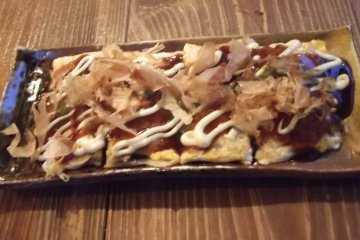