The Ghibli Museum is a Mecca for Japanese anime created by the well-known animator, Hayao Miyazaki. Located in Mitaka, Tokyo, it is so popular that you have to buy a ticket for a specific date and time (purchased at Lawson convenience stores). Demand for tickets is high, with patrons of every age and nationality, both male and female, hoping to visit regardless of the weather.

Upon arrival, the passage leading to the entryway was soft under my feet. Looking down, I understood why: it was covered in recycled wood chips—not surprising given Miyazaki's desire to work with the environment rather than against it. The museum is a reflection of the wonderfully whimsical style of his anime and stood out from the surrounding buildings. This put a smile on my face, making me feel like a child caught in a dreamworld before I even set foot inside.

Since I got there a little earlier than my scheduled entrance time, I wandered around outside the building until the staff allowed me in. A full-sized Totoro doll is ensconced at the entrance as a guide and Makkuro-kurosuke jostle around watching from the round window in the entrance area. Other characters from Miyazaki's various anime productions are combined in a colorful fresco painting on stained glass.

Upon entering, we each received our ticket (with a unique photo framed inside), a pamphlet, and a separate ticket to the small screening theater inside the museum showing an unreleased anime short, Saturn Seat.

Descending the long wooden stairs, I noticed a dome-shaped skylight in the elegant wooden building, designed like a tree, with high ceilings that became a well and an interesting single room and stairs. I was able to see inside the room and passage, with small stairs here and there.

The building has three floors including the basement. An outdoor cafe and restaurant are located on the second floor, and although it was 2pm, they were packed with people. I could hear multiple languages spoken, a testament to the fact that Miyazaki's fans from around the world throng to the museum almost every day. This top floor also contains a souvenir shop, the most crowded part of the museum. From small souvenirs, like key chains, to more expensive items, like dolls that would please Miyazaki otaku, it had something for everyone.

The basement floor is like a laboratory, and it houses the history of Miyazaki anime and animation, with many reproductions of Miyazaki’s characters. To set foot in this room is to fall into an illusion; a world of the Disney masterpiece Fantasia where animation is magic. Your eyes and heart will be overwhelmed by an anime show consisting of familiar characters from My Neighbor Totoro. This dreamlike place was the most impressive part of the museum for me.

The highlight of the first floor was a reproduction of Studio Ghibli. Looking around, it felt as though there was a great medieval magician hovering nearby, overlooking animators sweating blood to work. Tools, data and various other items had been placed around the room, arranged to look as though they were simply put down yesterday after a hard day's work.

Various original images by Miyazaki line the walls, such as Nausica of the Valley of Wind, which cannot be overlooked by Miyazaki fans. There was also a piece of equipment that let us share in the process of animation; the background and drawings even move! A miniature Cat Bus was the center of what seemed a children's oasis. Seeing this made me remember my childhood, when I watched Totoro and wished I could ride that bus. Twenty years later, my dreams are finally realized.

The Ghibli Museum is like a treasure box, a place that does not stop at admiration and which nourishes a child's imagination. Drop by to remember what it was like to be a child when adult life becomes too much to bear. Unfortunately, photography is forbidden inside, so your recollections will need to be unaided by technology.

Find out more about Ghibli Museum.

- Only once in the life -- You have to start somewhere -- Spare the rod and spoil the child. -I like creative things.I'm groping for the trip which tickles my childlike mind.. :-) 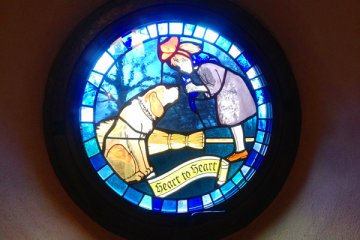 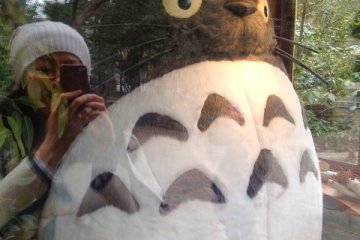 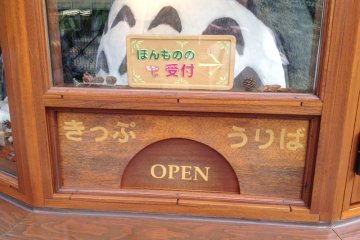 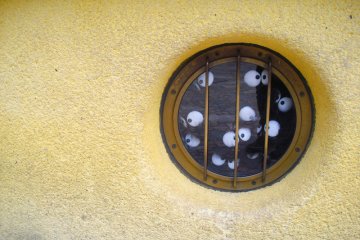 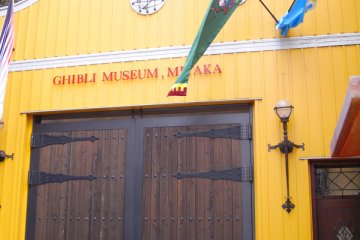 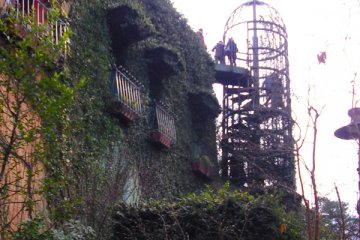 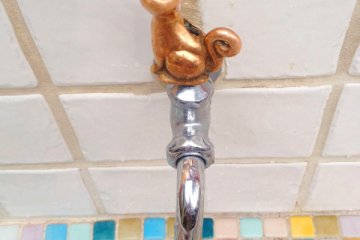 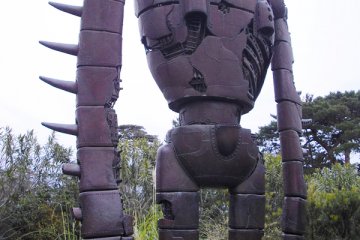 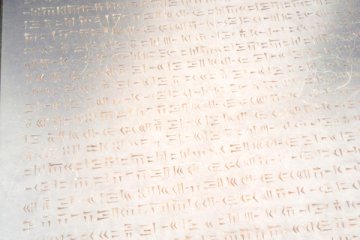