I recently took a day-trip to Mount Mitake, the site of Musashi Mitake Jinja, a venerable Shinto shrine in the Okutama region of far western Tokyo. The shrine and its environs – mixed cedar and hardwood forests, mossy footpaths, and the clear-flowing Tama River – offer a lovely day or overnight retreat from the stress and congestion of urban Tokyo.

Travel time from Shinjuku to Mitake Station, using the JR Chuo and Ome lines (both covered by a JR pass) is only about an hour and a half. But what a difference this distance makes!

After passing through the monotonous suburbs of greater Tokyo, the rider boards the local Ome line, which soon ascends into the steep valley of the Tama River, passing through small villages and thickening forests. The air becomes noticeably fresher, the sky a deeper blue. Here and there, hidden amongst the old gardens and persimmon trees, rest traditional thatched-roofed homes.

Get ready to breathe!

From Mitake Station it is a short bus ride to the Mitake Tozan funicular railway, which takes the casual visitor up the steep ascent to (almost) the top of 990 meter Mount Mitake. The walk from there to the shrine is another five to ten minutes, with some steep sections along the way. (For anyone who has spent weeks or months languishing in Tokyo, get ready for some deep breathing!)

An inn with a view

Mount Mitake has many charms besides the ancient shrine itself, perhaps the most important being numerous lodgings for pilgrims (shukubo) nestled along the path leading from the upper funicular station to the shrine: Komadori Sanso is typical. These inns have been family-operated for generations. All provide traditional cooking with fresh local ingredients; some offer only Japanese-style rooms and baths, others westernized amenities. A few afford scintillating views of the distant city.

A history steeped in legend

Musashi Mitake Shrine is said to have existed for 2,000 years. Perched atop the peak, it offers blessings for a bountiful harvest and protection from evil; its protector deity is the dog – or, as legend has it, the Japanese wolf – hence many visitors make the pilgrimage with their canine friends. Yet samurai lords of the middle ages also venerated this place, many leaving armor or weapons in thanks for victory in battle. There is a museum near the shrine containing a collection of these medieval tributes.

A place of spiritual purification

Most importantly, for the true Japanese spiritualist, Mount Mitake is a place to commune with nature. Practitioners of the Shugendo faith, who worship upon mountain peaks throughout the country, use the local waterfalls for purification. For hikers, the walks around Mount Mitake, including the Stone Garden Trail, are considered to be among the most beautiful in all of Tokyo.

Perfect for day or overnight trips

Far less known than Kamakura or Nikko, Mount Mitake is a convenient place to escape the busy city – and tourist-impacted attractions – while exploring Japan’s natural beauty and living traditions. I recommend it highly for photography, hiking, fishing, an overnight stay to destress from city life, or simply a quiet afternoon stroll with your sweetheart – especially if he or she happens to be the four-legged kind!

Take the Chuo line express train from Shinjuku Station toward Tachikawa, then change to the Ome line at the last stop of the Chuo line, and continue to Mitake station. A bus departs the station several times an hour to the base of the cable railway, which climbs the mountainside to just below the peak. A five to ten minute walk leads to the shrine. 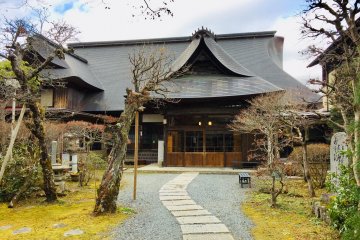 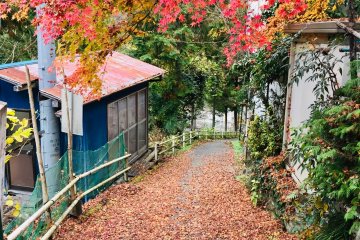 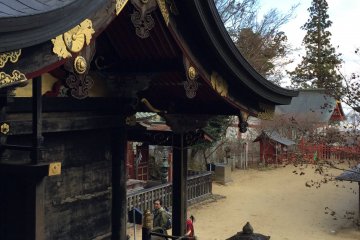 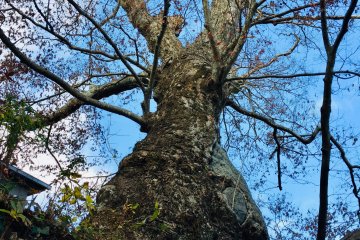 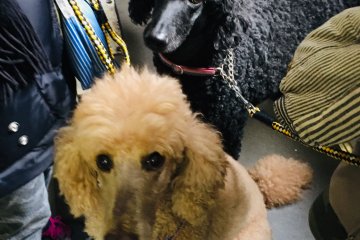 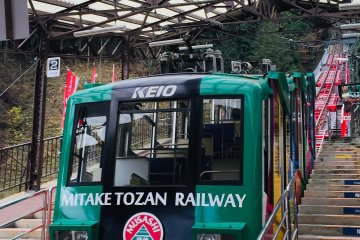