Washing kimono silks in the river

Some years ago, I thought I knew Tokyo fairly well. I'd take a train or subway all over the city and then wander around. It wasn't, however, until I got a bicycle that I was able to connect the dots. Taking backstreets, I came across many shops, parks, temples and shrines and so on that I would not have encountered had I stayed on the straight and narrow. So take it from an old Tokyo hand: if you really want to see this city from the inside then buy, borrow or rent a bicycle.

In February 2013, I was cycling south along Yamate-dori from Ikebukuro to, I honestly don't remember where, possibly Nakano. The sidewalks along much of Yamate-dori have been widened into pedestrian and cycling "lanes"—not that most people pay attention, but the overall effect is for a pleasant ride. When I was in the middle of the bridge over Nakai station on the Seibu Shinjuku Line and the Miyoshoji River, I saw 4 or 5 men, all with camera equipment, gazing downwards with much enthusiasm. Te-chan (train nerds) I instantly concluded. They hang around train stations, railway crossings, and vantage points like this, to photograph trains that are making a trip for any number of "special" reasons. I stopped to see what was so interesting to them and found that I had completely misjudged the situation. Down below, the Miyoshoji River had turned into a rainbow of colors and I was drawn like a moth to a flame.

The Ochia / Nakai district is the only remaining traditional kimono silk dying area of Tokyo; the only other places in Japan are Kyoto and Kanazawa. Until the 1960s, freshly dyed kimono silks were rinsed in the Miyosoji and Kanda Rivers.

Today, while it is no longer possible, for obvious reasons, to immerse kimono fabrics in the river, it is an imaginative adaptation to drape the materials above the Miyosoji and so keep the spirit alive. It is both colorful and charming to see 100 meters of kimono cloth hanging above the water. This is referred to as the "River Gallery".

In addition, there is the "Street Gallery": about 90 traditional shops, each displaying impressive noren (traditional Japanese curtains marking a shop entrance). They sell everything from kimonos and accessories to green tea and wagashi, traditional cakes. This area is known as "Some no komichi": narrow streets for dying kimono. It was hard to believe that I was in Tokyo, let alone in this century.

The atmosphere at the festival was calm and very pleasant. There were no loudspeakers, nor anyone walking about in a mascot costume. On the contrary, there were few vehicles and at every intersection women wearing elegant kimono handed out leaflets and gave directions.

The Some no Komichi festival is for three days towards the end of February every year. 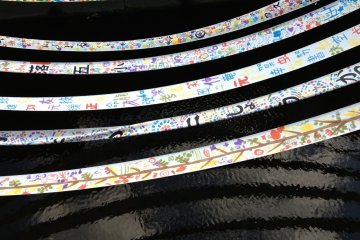 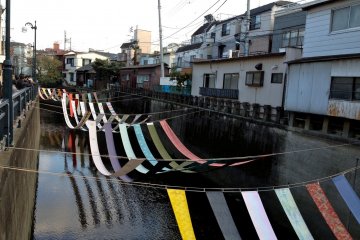 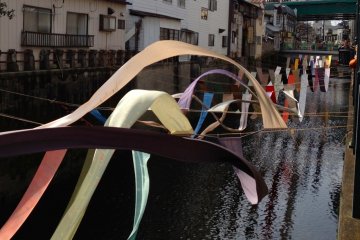 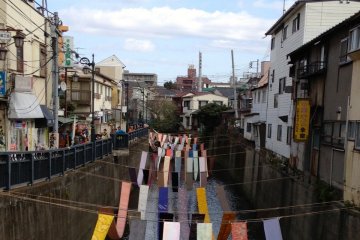 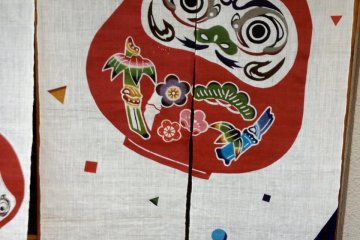