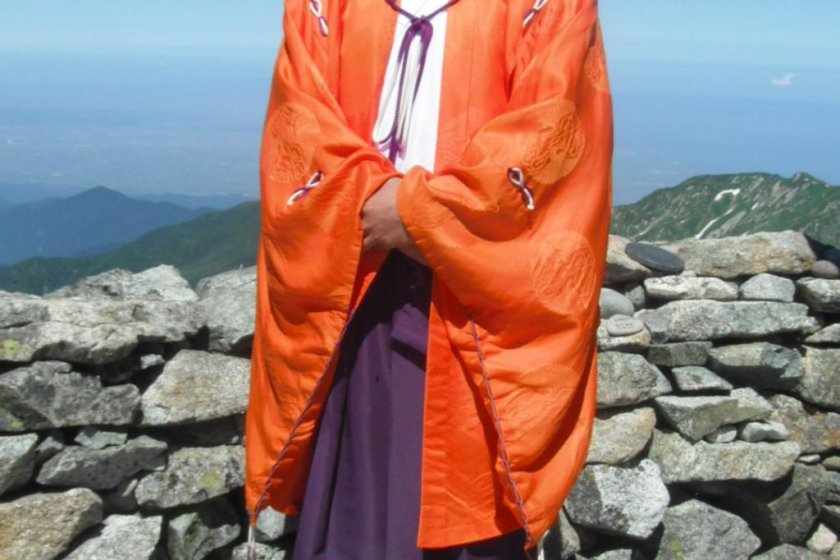 Perched on one of Tateyama’s sacred peaks is the hongu of Oyama Jinja. Along with Hakusan, Tateyama was an important site in Shugendō, the mountain religion of Japan, and at one time had seven shrines and 24 temples spread from Iwakuraji to Oyama[1]. It is not unusual for the same shrine to have a number of locations, and the one at the highest elevation is called the “hongu.” Oyama Jinja today has three locations, being Oyama (hongu), Ashikuraji (chugu) and Iwakuraji (gegu), which were historically very important to Shugendō.

The first recorded climbing of Tateyama was during the Asakura Period, 538-710, a time marked by early Buddhism influence from Korea. Tateyama has a series of peaks of which the highest is at an elevation of 3,015 meters, and is one the tallest mountains in the Hida Range.

As you will see in my notes on getting here, by the time you stand on the peak of Oyama you will have already accomplished quite a journey, taking in four or five different types of transportation! Stop and take a moment to look at the stunning 360-degree view - stunning mountains in all directions, of around 3,000 meters in elevation; Kurobe Dam; and Oyama Jinja. Spare a thought also for all the pilgrims in the past who had to climb the entire way when the Tateyama religion flourished across Japan, and every year pilgrims were chosen to make this pilgrimage.

From where the path ends, you will see a building to your left, and a little further along on the end of the peak is the shrine. Compared to the other Oyama Jinjas, it is tiny! But it is surrounded by absolute splendor! And the size doesn't count! It was built during the Kaga Domain, a powerful feudal system that governed what is today Ishikawa and Toyama Prefecture, and was headed by the Maeda clan, founded by Maeda Toshi, 1539-99.

Oyama Jinja is an amazing little building on top of a small crag. It is beautifully and simply decorated and serves as a stark contrast to the rugged peak from which it reaches out to the heavens. It is big enough just for the shinshoku to sit, resplendently dressed in his traditional purple and orange garments – again simple but beautiful. Shinshoku in Shinto officiate ceremonies - they do not lecture or preach but have a role to ensure that good relations between deities and people are maintained.

Anyone may enter Oyama Jinja to receive prayers and a small amount of sweet sake from the shinshoku. This is the main event on the mountain and continues throughout the day, every day. People still travel from all over Japan for this spiritual ritual. It costs ¥500, and you will be given a bell and prayer (on a slip of paper that flutters in the wind, making the bell ring - a beautiful sound that echoes around the mountain from the bags of pilgrims who have already made the trip that day.

I find that this ceremony is deeply moving. It is only short, but I stopped to think of the thousands of people who have done the same. I chose the time I went most recently to pray very specifically for certain things in my life. I knelt there with others in the small area, maybe only 10 square meters, and really felt like I was in the heavens. I thought of the time when women were not permitted to come to this peak, and when once only selected groups could make the journey to this very holy, and now historical place. If you have a chance, read my story on the Nunobashi Kanjou - the festival for women to find salvation, and also deeply enshrined here at Tateyama - I have fortunately taken part in a modern re-enactment of this festival, and was also the first foreigner to participate - anyway I thought about all that has come to pass here over 1,500 years or more…the ritual seemed to last forever. It is very special and I recommend anyone, regardless of religious/spiritual beliefs to participate in the ceremony on Oyama. This really is a step into the past, as it is only people's clothing that gives away the times - no electricity, no lights, no computers… It really is an opportunity to partake in history and culture whilst being fully enshrined in nature sublime.

As you depart from the shrine, the building I mentioned before is now on your right. It is the store where you can buy various protection talisman and prayers, etc. You can also get some light snacks, drinks, etc - on a cold day the warm drinks, though expensive, are a welcome relief! Before you start your descent take one more moment to take in the breathtaking view and the accomplishment you have made … and the thousands who have come before you and will come after you, and maybe you will safely return to this home of the gods...

How to get there

It will take you some time to reach Oyama Jinja but the trip itself is very interesting!

If you have a car, drive to Tateyama Station, where there is a large car park - this is as close as you can take your car to the summit! From the station you will catch a cable car up the mountainside to Bijodaira, and then a bus to Murodo, and then walk!

If you do not have a car, there are trains roughly every hour on the private Dentetsu line from Dentetsu Toyama station, adjacent to JR Toyama station. There are four lines, and Tateyama station is at the end of the line via Terada. The trip takes about 60 minutes and costs ¥1,170, and there is roughly one train every hour – check the Hyperdia website for trips ANYWHERE in Japan! It will tell you a myriad of details including costs, transfers, distances...

From Toyama Station go up to the Tateyama Kurobe Alpen Route ticket office, and buy a ticket to Murodo. Check the website for times and prices – the time schedule varies slightly during the months that the mountain can be accessed, about April 17th to November 30th.

The cable car trip takes only about 10 minutes, and the bus is 50 minutes.

There are also buses going all the way to Murodo – ask at the Toyama Visitor Centre, adjacent Dentetsu Toyama Station.

Then it is a walk. It is up to you how slowly or quickly you take this. The Tateyama Kurobe alpine route website has some good information, guidelines and precautions on the walk – please remember that even though people of all ages and walks of life do this walk every day, it is at a high elevation and weather can change suddenly in mountains. Also the sunshine is more intense at this altitude so please just plan and think before you go!

Scenery note for the trip

The trip to the shrine is long, but is very picturesque in any weather or season, I believe! Watch the changing scenery as you wind through the forests and then into the alpine areas above the trees line. On clear days at times you can see across the Toyama plains.

At all times of the year it is special and magical. When access first opens for the year you will see snow - lots of it! This gives way to fresh greenery until around July when the place comes alive with flowers and alpine flowers. September through November will bring the beautiful autumn tones called "Koyo." November has a special view known as the "Five colors of Toyama" - the plains are green, the mountain and hillsides are yellow, orange and red, and the mountain tops are white.

Hi! My name is Kerrie and I am from Lismore, Australia but now live in the small mountian village of Omi, in Toyama prefecture. I love the rural life and have many hobbies and interests. I love to be active and do as much as possible. I enjoy karate and kendo, bike riding, snow boarding (in winter only of course!), watching anime and gardening.My main interest and hobby is Japan. I have travelled extensively throughout this wonderful country to learn and experience it more. I would love to share my passion and knowledge of Japan with others, and to encourage and help people to discover the REAL Japan. 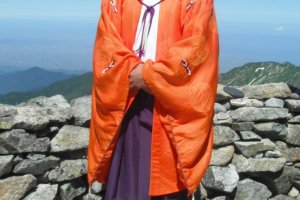 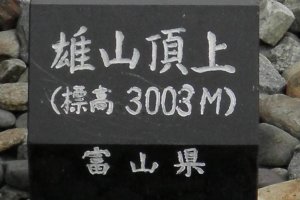 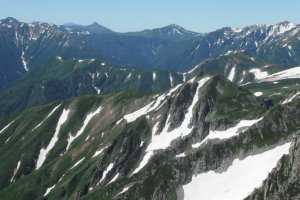 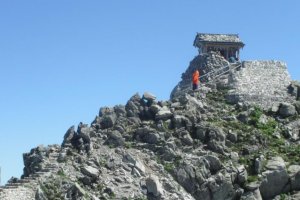 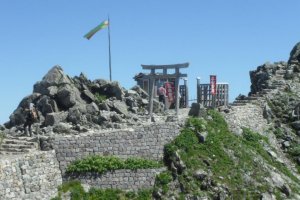 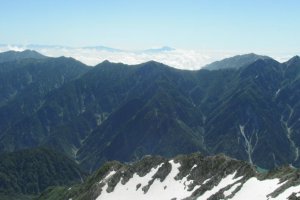