Among the five major cycling routes around Toyama Bay, the Uozu coastline cycling route is one of the most popular. Also known as Shinkiro Road, the route runs from Kyoden in the north to Mirageland in the south, and follows along the city's coastline. There are many interesting stops to be found along the way.

Shinkiro is the Japanese word for mirages formed by changes in the atmosphere's temperature, and if you are lucky, you can see mirages here from the end of March until early June. This natural phenomenon makes distant objects change their appearance and create mirror-like images that last anywhere from a few minutes to several hours. As such, there are a number of designated mirage lookouts along the route, and they attract many visitors every year.

On clear sunny days, you can view the entirety of Toyama Bay and the Sea of Japan from the route. Similarly, to the north, the majestic Japanese Alps are visible, and they consist of several famous mountains like Tateyama, Tsurugidake, Kekachiyama, and Sogadake.

The cycling route is identifiable thanks to painted blue lines, which also prevent riders from taking wrong turns. This is especially helpful when the route winds its way through several quaint towns where you can see traditional Japanese houses lined up beautifully.

There are numerous attractions along Shinkiro Road, including the Mirage (Shinkiro) Observatory, a stone monument (Horizon of Wind, Mirage), Suwa Shrine, Uozu Aquarium, and the Mirageland amusement park, whose Ferris Wheel is visible from a distance. The route has many rest areas, local restaurants, and coffee shops where you can rest and refresh yourself, and you can also get souvenirs and local products from Uozu at the ocean rest stop along the way.

The northern start of Shinkiro Road is located in close proximity to Kyoden Station, on the Toyama Chihō Railway Main Line. 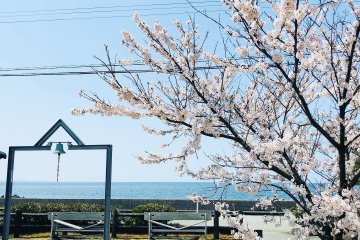 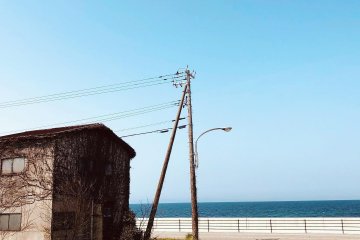 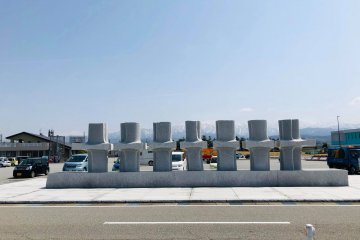 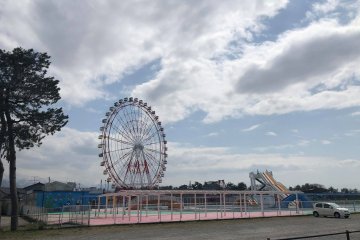 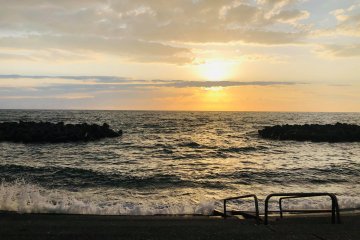 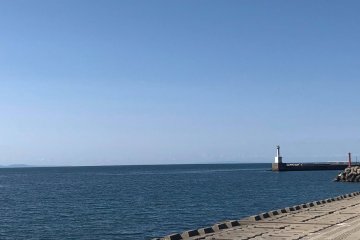 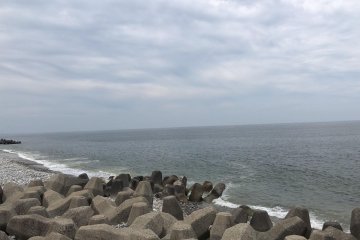