Introducing Kumano–“The Land of the Gods”

Kumano is situated in the southeastern part of the Kii Peninsula in Wakayama Prefecture. Only a few hours away from Osaka it is a world apart from the chaos of Japan’s modern city life.

The awe-inspiring nature of the Kii Mountains has prompted people to worship rocks, mountains, rivers and waterfalls as gods since pre-historic times.

Indeed the whole area is considered to be “The Land of the Gods” and until today it has great significance for Japanese people as a place for ascetic training, spiritual awakening and healing.

Rugged peaks covered in dense forest and clouded in mist dominate the landscape. Only the rippling sound of water from the many creeks cutting through this seemingly remote area and the joyful chirping of birds break the silence.

It is difficult to imagine if you visit Tokyo and Osaka first and your image of Japan is that of an urban concrete jungle but here nature still rules and humans bow to its powers.

The Kumano Kodo (“Kumano Old Road”), a network of pilgrimage trails, leads to this ancient place of worship. It has been taken by untold thousands of pilgrims for over 1,000 years until today.

The Hongu Taisha is at the heart of all Kumano pilgrimage trails and traditionally it was visited first before pilgrims continued to the other two Grand Shrines located 20km to 40km apart.

Originally these shrines were set in their specific natural surroundings, one at the conflux of two rivers, another one near a majestic waterfall and the third one on the shores of the Pacific Ocean, which inspired their own form of nature worship. However, under the influence of Buddhism the three shrines became associated with Buddhist gods. They were eventually worshipped together as the Kumano Deities, representing a unique fusion of Shinto and Buddhist beliefs.

Visiting the Kumano Sanzan and walking along the Kumano Kodo you can catch a glimpse of the rich spirituality of this region and, who knows, you might even get inspired to connect to your own spiritual roots. 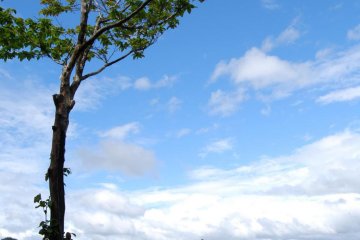 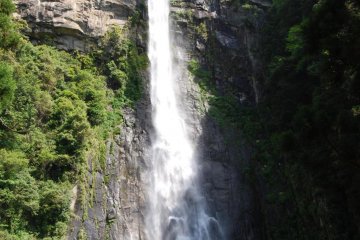 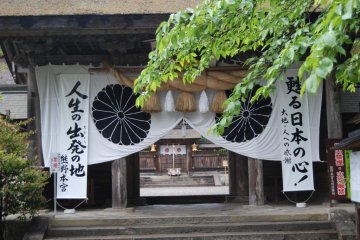 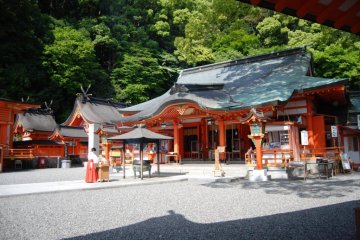