Meeting the Monks of Koya-San

Stay at one of the temples in Wakayama's mountain town

In the temple courtyard blossoms fall from the trees, petals scattering and resting in the gaps between the stones and tiles below, with a clear stream flowing by the high wooden walls.

Inside the temple a short silence is broken by birdsong on the other side of the paper sliding doors. Bright sunlight and cold air from the early morning creep through the gaps in the screens, with the comforting hum of the small electric heater in the middle of our group of temple lodgers. Meanwhile, the monks chant their sutras, cutting through the stillness of the early morning.

I am in Koya-San, a small, forested temple town in the mountains of Wakayama prefecture, where the monk Kobo Daishi first introduced Shingon Buddhism to Japan in 816.

Since that time Koya-San has been Japan’s hot spot for monks to train and practice. However, unlike in Kobo Daishi’s time there is now the addition of a continual stream of tourists who come for a taste of this intriguing Buddhist community.

I kneel behind three of the monks at morning prayer, as they face the low-lit shrine; a space that is elaborately filled with golden ornaments, Buddhist statues, figurines and bowls of offerings. Incense rises, caught by the light that has found its way into the room.

The rhythm of the chanting falters as one monk tries to stifle a cough … his voice starts to break up. He struggles to stay in time with the others but pulls through admirably.

This was the monk who had welcomed us to the temple the day before. “Your accent is very clear. My hobby is cooking and I often watch Jamie Oliver but his accent is so hard for me to understand.”

On arrival in the remote mountain town I didn’t expect to be discussing celebrity chefs from home and to instantly have such common ground with this monk was certainly a surprise.

At Shojoshin-in temple the monks are undoubtedly talented cooks. Shojin Ryori, (Buddhist vegetarian cuisine) is served to the temples’ visitors in the evening and again the following morning.

I had expected the food to be good, and it is reputably healthy, but this far exceeded my expectations. That morning kneeling in front of the shrine, I was still thinking about the meal I’d had the night before.

Throughout the day there is no schedule for temple visitors, which leaves ample time to explore Koya San independently. If you’d rather be shown around, Koya San tourist association offer walking tours (¥1000/3 hours).

Other cultural activities and experiences include hand-copying Buddhist sutras and Ajikan meditation. You can also hire a bicycle (¥400/hour) to explore the sights and the scenic surroundings of Koya San.

The town has 117 temples. It also has a vast wooded graveyard with rows of towering stone memorials amongst the ancient cedar trees. Pilgrims come here regularly as they believe it to be the sacred ground of Kobo Daishi.

The main street through Koya San is busy with tourists, but just a step away from here are the tranquil temple courtyards that give you the illusion of being the only one to have made the journey.

At times Koya San can feel undiscovered; somewhere special, that despite inevitable modernisation has kept its ancient values, traditions and lifestyle. This all adds to the appeal that draws people to Koya San throughout each season; and temple lodging is the key to temporarily being a part of these intriguing surroundings.

In Koyasan there are several opportunities for shukubo temples lodging. The temples cannot be contacted directly but a stay can be organised through Koya San Tourist Association. One night including dinner and breakfast costs from ¥10,000.

The nearest city is Osaka. The express train from Osaka Namba JR Station to Gokura-ku Bashi takes two hours. From there Koya San is a short cable car ride up into the mountains. 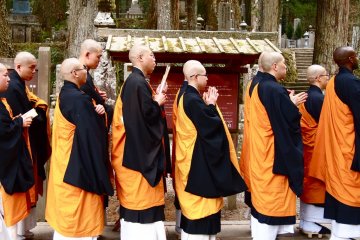 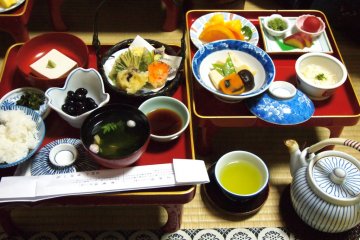 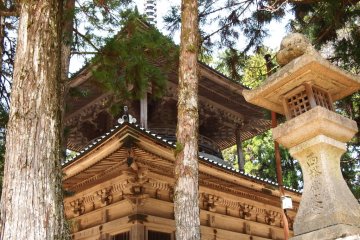 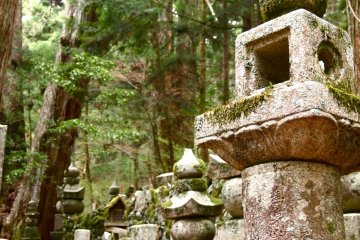 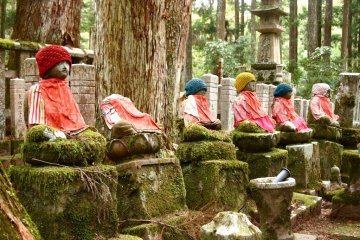 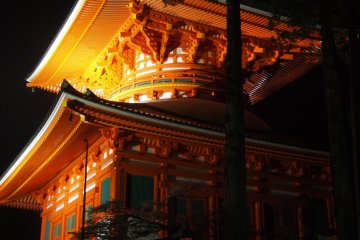 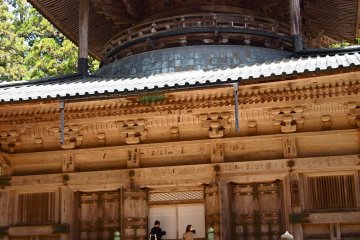