Koya-san is the home of Shingon Buddhism within Japan - Kobo Daishi formed a monastery here in the in the 9th century and the sect is still doing strong which there now being a fast number of temples that have developed into a small town. Even to getting to Koya san is interesting as the mountain slope is so steep that you have to transfer to a cable car for the final 500 meter ascent.

Once there you can wander around the surprising flat top on foot easily to explore the various temple halls, stupas, gardens, museums tombs and the enormous graveyard that houses the mausoleum of Kobo Daishi himself.

But Mount Koya is also a great place to experience something totally unique and completely different: staying overnight at a temple lodging. Many of the small temples here offer over night accommodation and meals at and price and quality similar to a traditional Ryokan but with the added interest allowing to explore of the Buddhist philosophy at the same time!

I had a small tatami-matted room to myself with a kotatsu (heated table) with a view out to a lovely garden. There were a number of books about Buddhism that you could borrow to read more about it beliefs in this quiet sanctuary.

At dinner I was taken to a small private room with painted screens where I had a Buddhist vegetarian meal or 'shojin-ryori'. This included no meat, dairy or eggs, spices, onions or garlic – its only uses fruit, tofu and leaves which can be taken without killing the entire plant that it came from. Think "food made by groovy people only using food that agreed to be in it in the first place". I had some tempura, miso soup, a vinegary salad, some pickles, something that was a lot like baked beans, a selection of steamed vegetable and a hot pot with glass noodles, tofu and mushrooms. For dessert, (or at least I think it was dessert) there was some opaque green jelly stuff, with some orange curd and candied peel and strawberries.

This was surprisingly tasty; as a fully paid-up carnivore I expected this meal to be bland or unsatisfying but it was delicious and full of rich flavors.

The temple also had a 'Sento' shared bath which was great to relax in and sooth achy feet after a day exploring the sites of Koya. If this doesn't do the trick there was even a "foot massage path" - a path of smooth pebble cobbles that could be walked on bare foot to relief pressure points within the soles of the feet!

In the morning it is possible to join the monk for their prayers and meditation and learn more about the spirituality first hand!

You can book your overnight at one of the temples with the Koya-San Tourist Association. 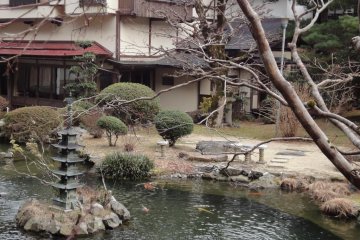 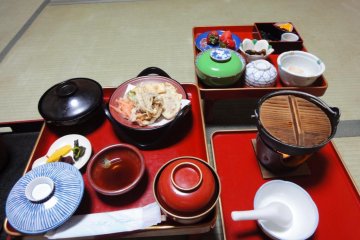 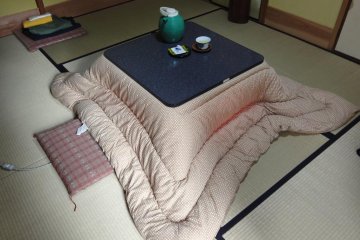 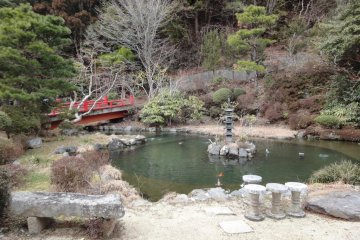 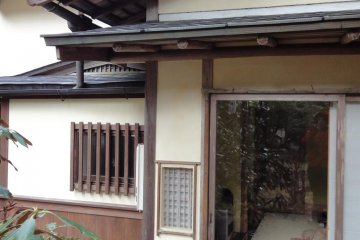 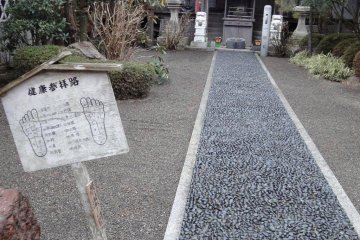 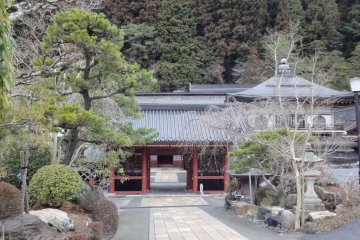 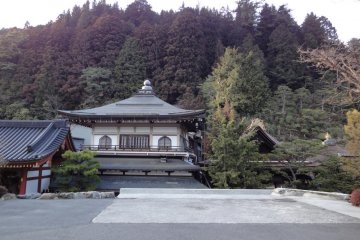