Unveiling the mystery and awe of the Yamabushi

The year was 593. Prince Hachiko, the first-born son of reigning Emperor Shushun participated in spiritual training in the mountains just outside the modern day city of Tsuruoka in Yamagata prefecture. Legend says that he saw an incarnation of Buddha and was inspired to build shrines on top of what would later be known as Dewa Sanzen, or the three scared peaks.

Recently, thanks to the efforts and generosity of the International Tourism Promotion Division of the Tohoku District Transport Bureau in cooperation with the Shonai Visitors Association and Tourism Promotion Office in Yamagata, a dozen international visitors and residents were able to experience the wonders Dewa Sanzen and the city of Tsuruoka have to offer.

While the city has an aquarium with one of the world’s largest displays of jellyfish, several art and cultural museums, and an abundant amount of fresh fruit to pick yourself throughout the harvest seasons, undoubtedly the city’s claim to fame lies in the mystery and awe of the yamabushi. These mountain priests, holy men, or hermits (depending on your favored translation) and their followers have been practicing a form of native Shinto beliefs infused with Buddhism called Shugendo in the forests and mountains of Mt. Haguro and the other two peaks of Dewa Sanzen for over 1400 years. And lucky for us, our tour itinerary highlights some of these best experiences.

1) IDEHA Culture Commemoration Hall was our first stop on the overnight tour. Signs and pamphlets in English and Japanese detail Dewa Sanzen history and cultural significance. We blew into conch shells which the yamabushi use on the pilgrimages to the top of the mountain. Another service the hall provides that we took advantage of is guided tours to the top of Mt. Haguro, just a few minutes’ walk away.

2) A pilgrimage to the top of Mt. Haguro

This was the highlight of the entire trip. Our journey started by dressing in yamabushi clothing at IDEHA and grabbing a courtesy walking stick. Our knowledgeable tour guide, having making the climb of over 2000 stairs nearly 200 times was able to answer all our questions. The paved path built in the Edo era twists and turns up the side of the mountain past a waterfall, ancient shrine structures, and beautiful scenery. A towering five story pagoda known as ``Go-jyu-no-to`` is the national treasure that marks the beginning to your journey. Even with taking some brief rests and photos, the climb takes only about an hour.

3) Sanjin Gosaiden shrine is the end goal for your pilgrimage. In front of the shrine is Kagami-Ike or the Mirror Pond where worshippers originally donated bronze mirrors, praying for the deities. In 1950, 190 bronze mirrors were unearthed from the bottom of the pond and designated a national important property. Inside the shrine complex, which connects all three of the sacred peaks, you can pray, buy souvenirs and charms, or just rest in the spacious and air conditioned interior. Pilgrims and tourists are welcome all year round, even in winter. There is also a bus that runs up and down the mountain for those short on time or energy.

4) Our overnight accommodations were at a Syukubou, a place where a person praying at a Shinto shrine stays. Don’t let the rustic exterior fool you; inside the rooms are as comfortable as any Japanese hotel with communal baths and western toilets. Best of all is the included meals option which includes a delicious assortment of mountain vegetables, tempura, tofu, soup, and of course, rice. The food includes no meat, in accordance with yamabushi beliefs.

5) After breakfast our tour group headed to the stunning Gyokusen temple located at the foot of Dewa-Sanzen. Built in the Kamakura era and sporting an expansive and magnificent garden that is an appointed cultural asset, the few hundred yen entrance fee into Gyokusen temple is an excellent bargain. Additionally, our group participated in zazen, a form of Buddhist meditation. Listen carefully to the monk’s instructions because if you close your eyes or have the wrong hand placement, he will hit you with his stick! But don’t worry it doesn’t hurt…for long. The temple is not accessible by bus, so taxi or rental car is recommended. A few times a month, visitors may also experience zazen themselves.

6) Last on our adventure was candle stick painting at Candle Shop Tomigashi. This is a specialty craft that has been practiced for over 300 years in the area. The candles were originally given as gifts to the Shogunate during the Edo era. Now you can see and buy masterful hand-painted candles in the shop for yourself. Or with an advanced reservation and just 500 yen, paint your very own candle in the nearby classroom. After a trip full of climbing, tasty food, and meditation, it was the perfect ending to just relax and chat with each other while making our own souvenirs to bring home.

Before our departure back to Sendai via express bus, we met members of Tsuruoka’s tourism association. We brainstormed ideas how to bring more people to this wonderful part of Japan. I believe the attractions and hospitality of the Yamagata people speak for themselves, so we hope everyone will come to visit. We were thanked with local cheesecake and saké, karakara senbei (a rice cracker with a prize inside), and a goten ball, a special charm originally made by female members of the area’s samurai clans.

With its unique opportunity to experience the mixing of Buddhism and Shinto beliefs, right alongside with its traditional arts and foods, Tsuruoka in Yamagata should be on the itinerary of the traveler with a passion for history, culture, or on the hunt for something new.

To get to Tsuruoka in Yamagata prefecture, you have several options. From Tokyo

From Sendai, a trip to Tsuruoka is as easy as hopping on an express bus from Tohoku Shinkansen Station. The trip takes just over two and half hours at a price of about 3000 yen. Get off at ESU-mall. 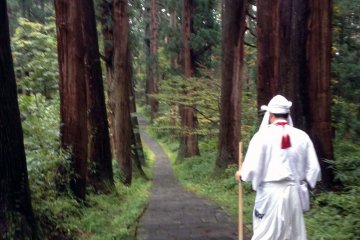 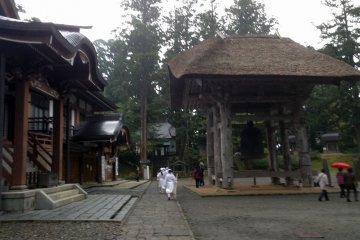 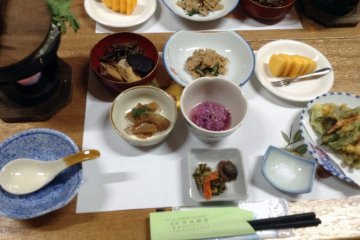 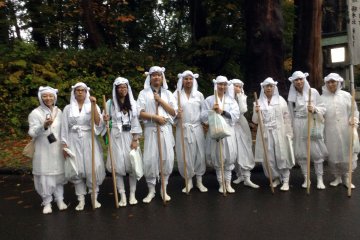 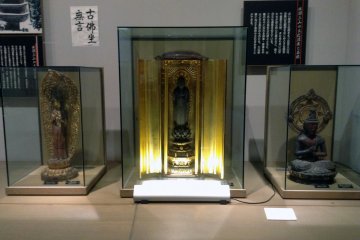 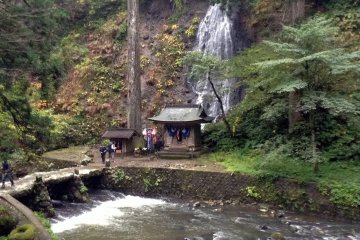 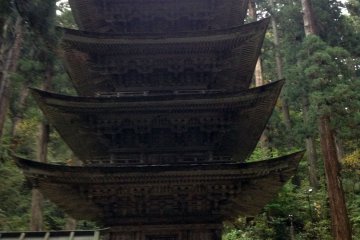 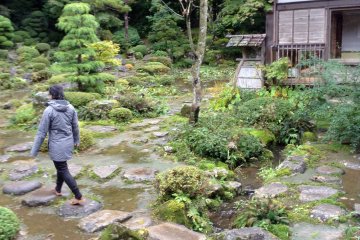 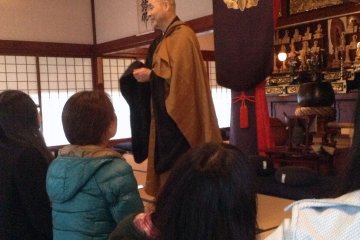 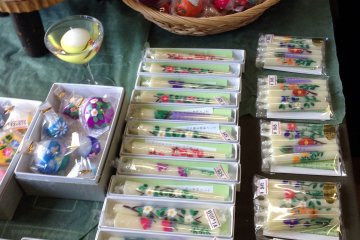 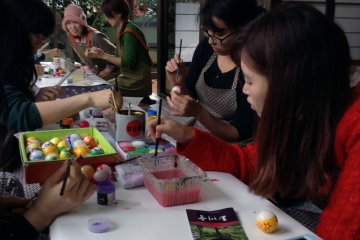