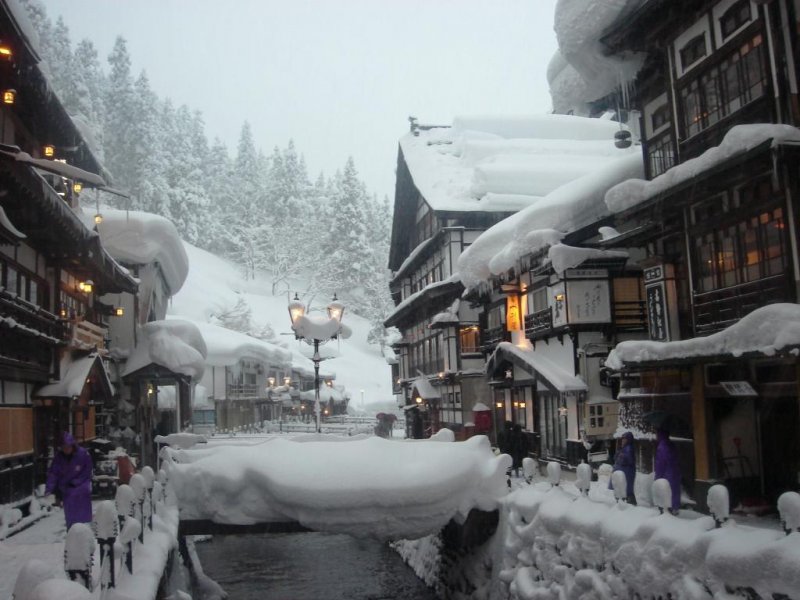 View of the main area of Ginzan Onsen 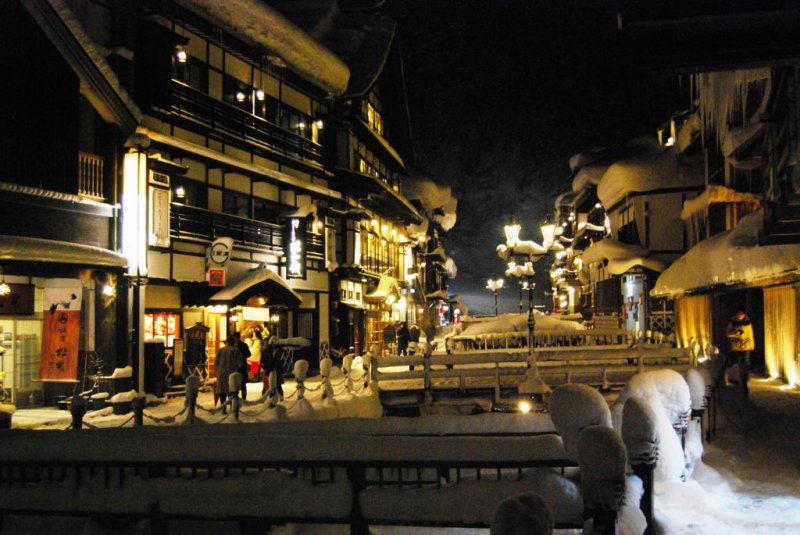 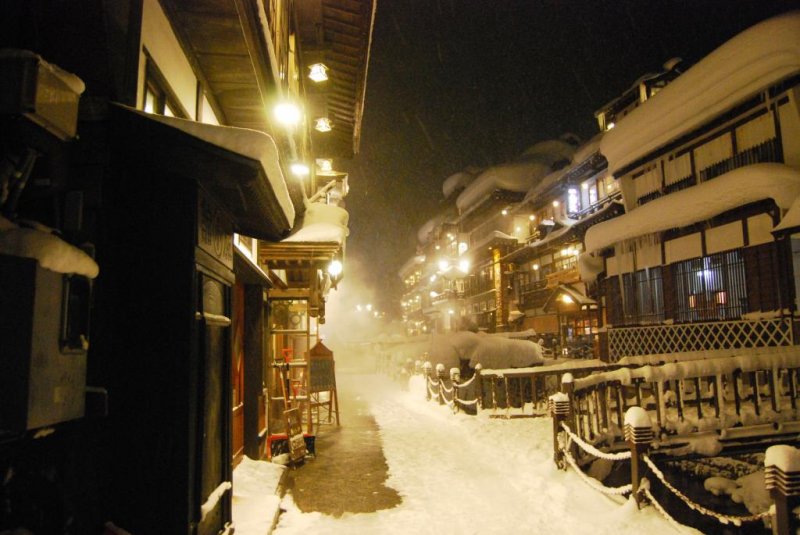 Strolling along the main streets of Ginzan Onsen at night 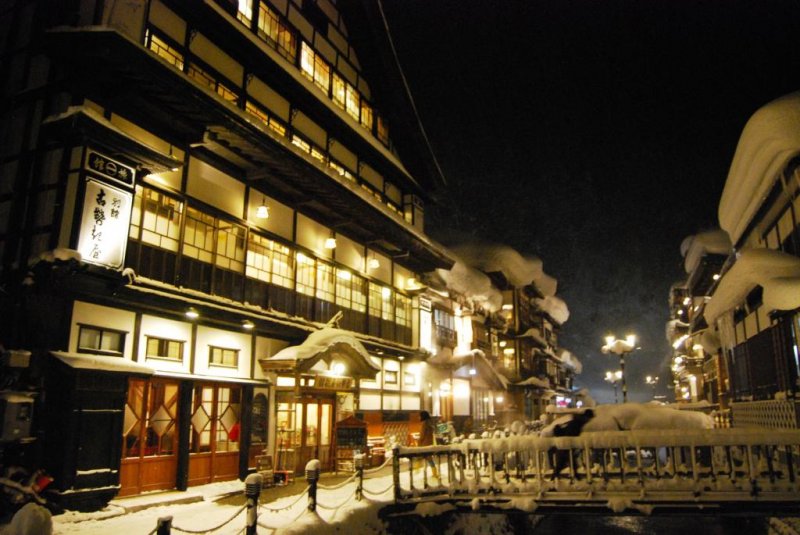 Who can resist a night walk at Ginzan Onsen 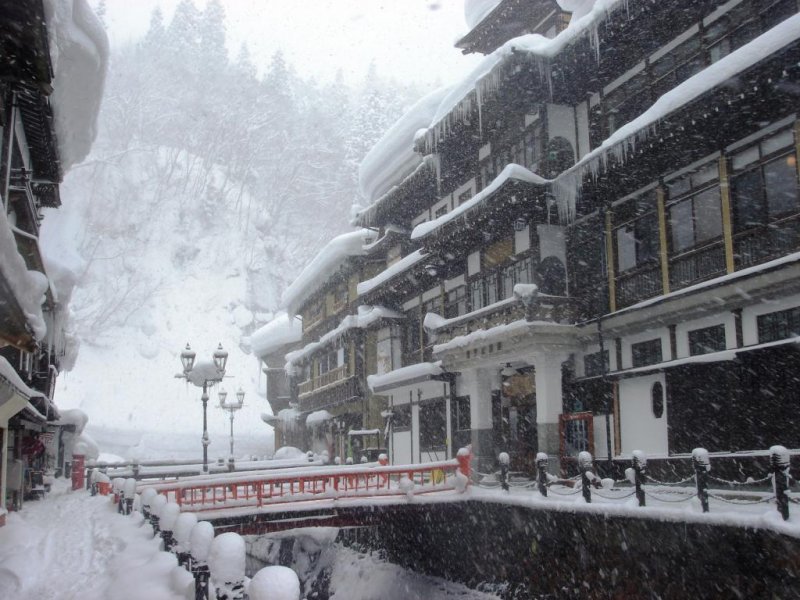 Snow piles up high in winter at Ginzan Onsen 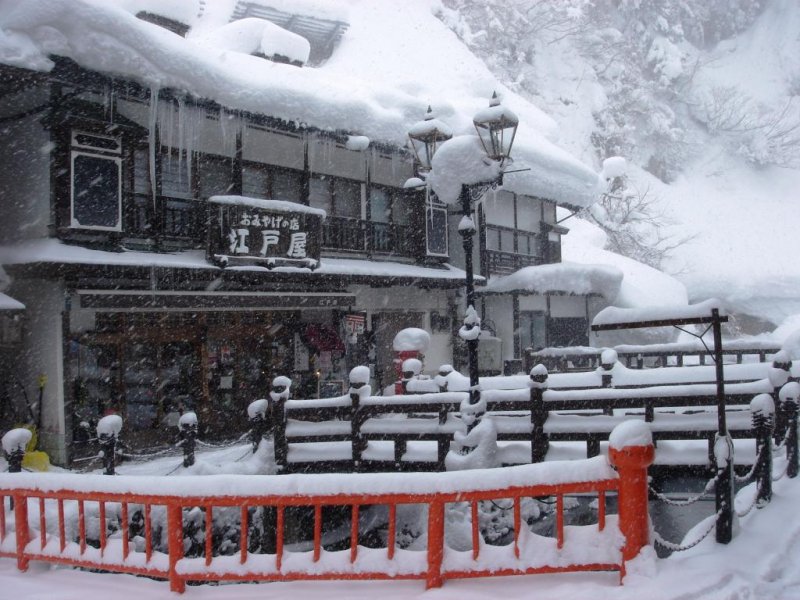 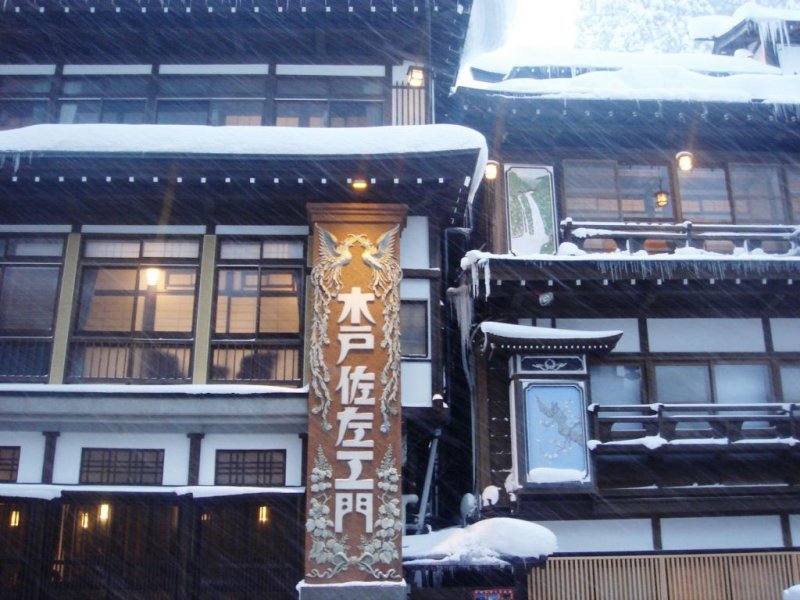 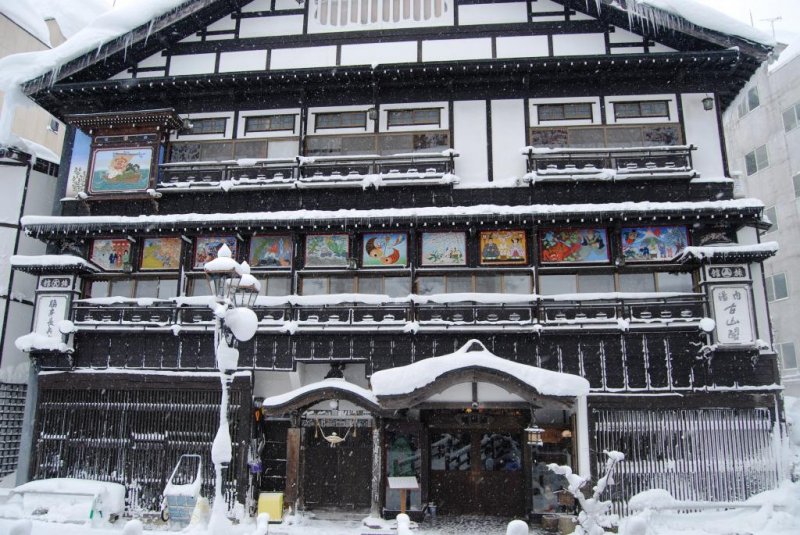 Many ryokan at Ginzan Onsen are decorated with elaborate plaster work 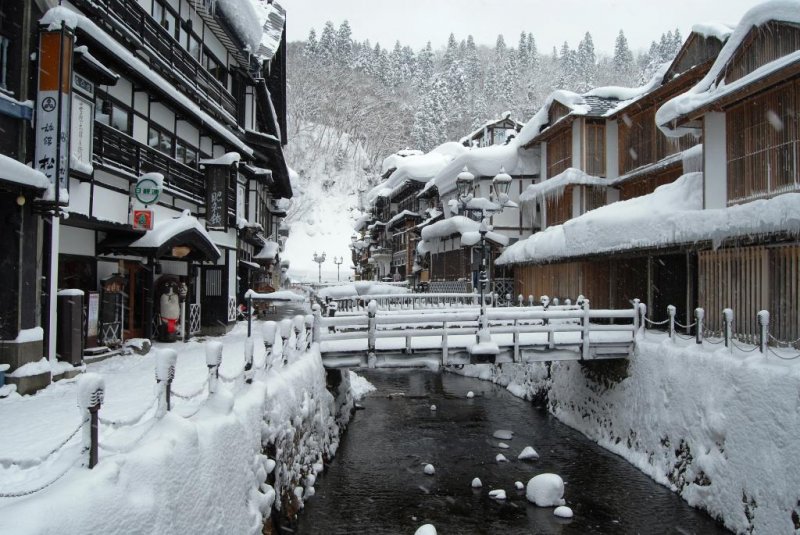 Ginzan Onsen is the best onsen for a "slow" holiday 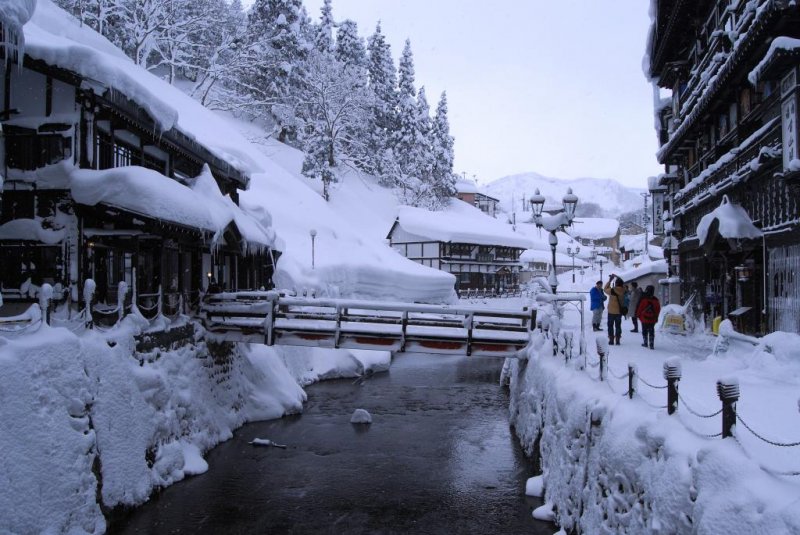 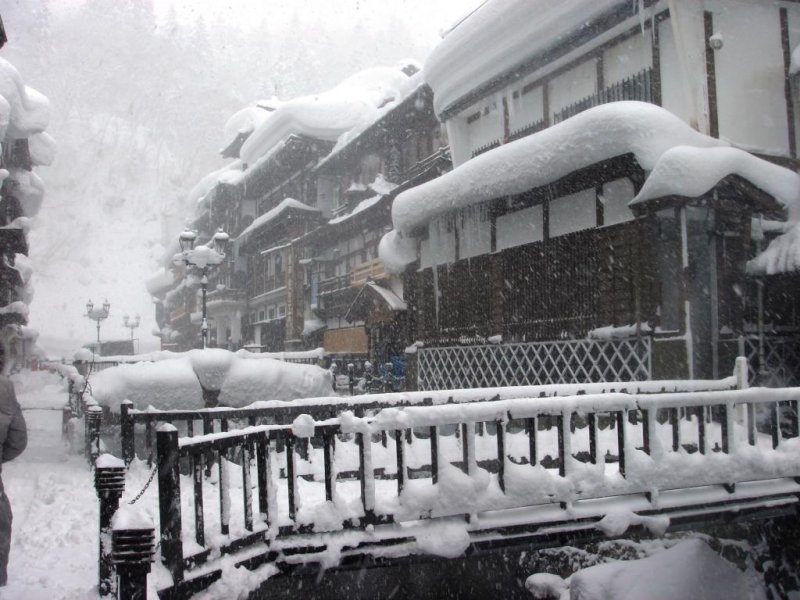 Ginzan Onsen is worth a visit during all seasons 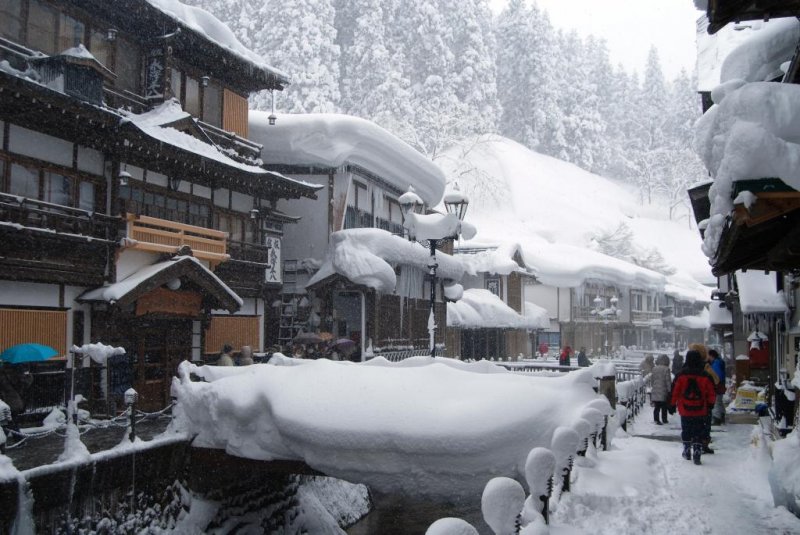 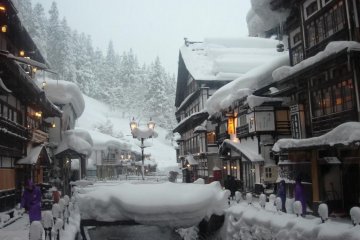 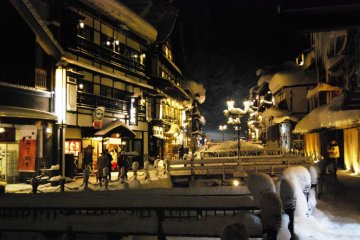 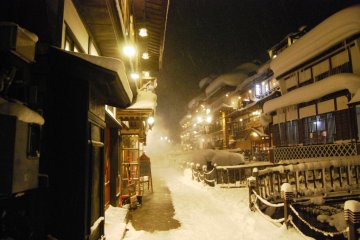 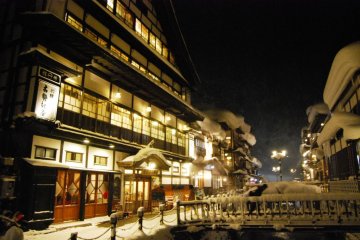 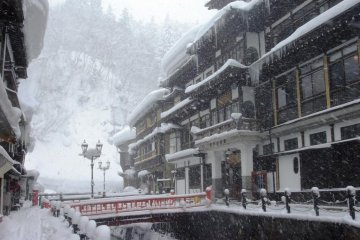 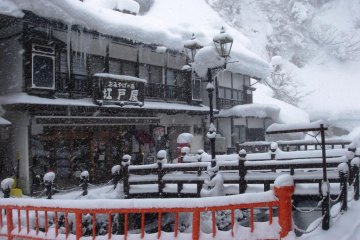 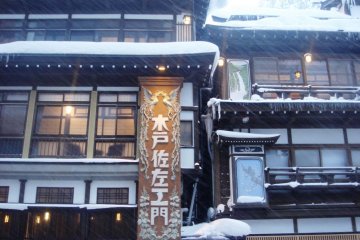 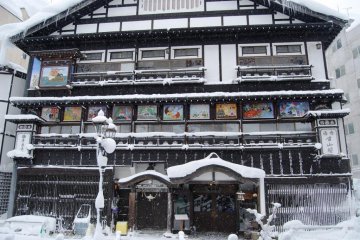 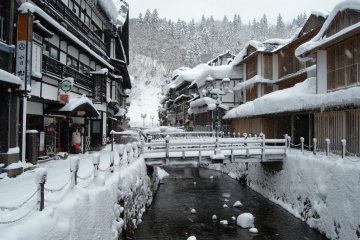 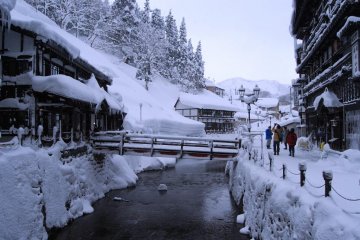 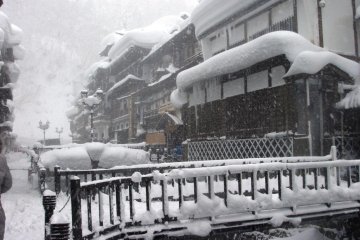 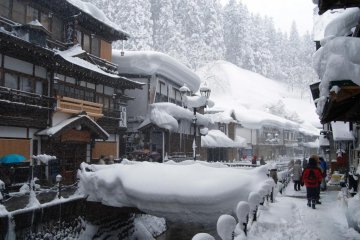 Booking a weekend for two at a romantic onsen resort is the best way to beat the winter blues. Ginzan Onsen in Yamagata Prefecture provides the setting to transport you back a hundred years to Japan's Taisho era.

Stroll along the small streets on both sides of Ginzan River or over one of ten small bridges across the river for the best views of this traditional resort that has preserved its charm through the decades of the last century. You can even rent a Taisho era costume (at Ginzanso Hotel) to make your time travel experience more real.

The name "Ginzan" means "silver mountain" because there used to silver deposits which were mined during the early Edo Period. The heydays of the Ginzan mine were in the 1630s and the mines were abandoned 50 years later. The inns were rebuilt as 3 to 4-storey wooden structures in the early years of the Show Period (1926-1989). This is the townscape that we see today.

In the 1740s the area began to develop as an onsen resort. However, many of the old inns were washed away by a flood in 1918. This was during the Taisho Period (1912-1926), when the trend of "Taisho Romanticism" was born. Like the Roaring Twenties elsewhere in the world, the atmosphere of this era in Japan was carried by individualism and self-expression.

Still now there is an entrances to the previous mine and visitors to Ginzan can enter on a tour during the warm seasons. In winter the hiking trail leading there is blocked by heavy snow.

If you come in winter though, an overnight stay at Ginzan Onsen might easily become the highlight of a Yamagata winter adventure tour. Hanging out in a hot spring when it is freezing cold outside is a good way to spend some time.

Luckily, the miners found the hot springs too, not only the silver! Some of the old ryokan along the Onsen-gai (Onsen Street) even claim that the miners bathed there in the old days. One of them is Notoya Ryokan which has been featured in the TV series "Oshin". Oshin is the heroin in this popular NHK drama that is set in Yamagata Prefecture.

Ginzan Onsen in summer might not look as picturesque as it does in winter but is is still worth a visit. You can put on a yukata and stroll around the Onsen-gai or hike up to a nearby waterfall or the former mine. Of course you can stay at fancy Fujiya Ginzan Ryokan but any other ryokan, like Matsumoto Ryokan, will give you a good onsen ryokan experience too.

Take the Yamagata Shinkansen from Tokyo Station and get off at Oishida Station (3-hours train ride). Then take a public bus to Ginzan Onsen (a 40-minute bus ride)