In a part of Tsuruoka renown for onsen and Yamagata Prefecture's most popular beach, Yunohama Beach, it's quite fitting there's another place where water brings out more fun. Only here animals are stars of the show.

Once threatened with bankruptcy, Kamo Aquarium in Yunohama has grown to become one of the country's most popular aquariums, welcoming more than 220,000 visitors in 2011 (according to a June 2012 article on the Japan Times' website). A remarkable number considering only 90,000 people visited Kamo in 1997, sparking rumors of the aquarium's demise.

Much of the credit for Kamo's revival goes to one creature: the jellyfish. Indeed, aquarium director Tatsuo Murakami has credited a 1997 jellyfish exhibition for sparking a renewed interest in Kamo, which motivated him to build up its collection of jellyfish.

Kamo has sinced earned the Guinness World Record for greatest number of jellyfish in its collection—more than 35 species of them are in an underground exhibition area called the Kuranetarium—thanks in large part to the diligent work of the staff, who are required to catch jellyfish from the sea near the aquarium daily.

Jellyfish are not only to be seen at Kamo—they can be eaten. Several dishes in the aquarium's restaurant (such as ramen and ice cream) include jellyfish and if your jellyfish needs haven't already been satisfied, you can buy jellyfish-related souvenirs (such as a jellyfish necktie) in the gift shop.

But if jellyfish aren't your thing, don't despair. The second and third floors of the Kamo Aquarium house animals such as sharks, crabs, octopus and numerous kinds of fish, and best of all—especially for the little ones—a sea lion show entertains guests four times a day.

There is fun to be had in Yunohama without getting wet.

- Entertainment shows (such as the sea lion show) are suspended from December 1 to mid-March due to inclement weather.

- Ticket prices are as follows:

Children between 3 and 6 years of age who haven't entered elementary school: 150 yen 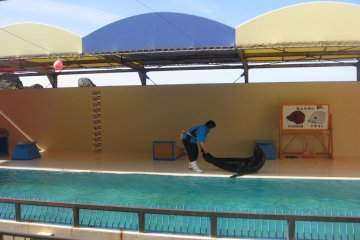 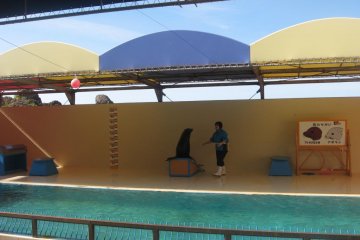 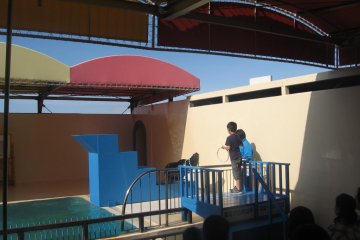 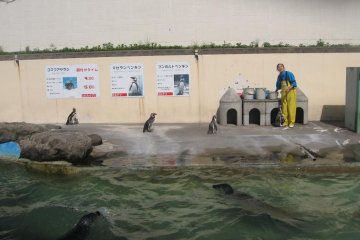 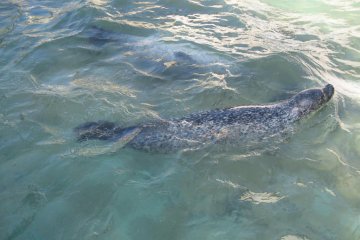 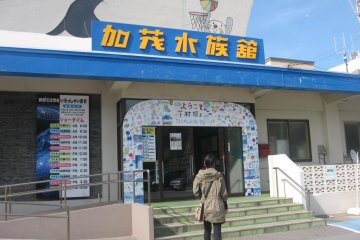