Sand in the Land of Snow

While Yamagata Prefecture is famous for skiing and snowboarding, its mountains definitely don't hold a monopoly on providing outdoor fun. Come July and August, the prefecture's sand gets its turn to woo tourists.

Located within the Tsuruoka City limits on the Sea of Japan coast, Yunohama is Yamagata Prefecture's most popular beach locale. Each summer thousands of people descend upon it, albeit really only for the month-long swimming season, which starts on Marine Day weekend (Marine Day is celebrated on the third Monday of July). The roughly one kilometer beach does contain large stretches of empty sand as most beachgoers are confined to the space near the lifeguards' chairs.

Although Yunohama doesn't seem too different from many other beaches—big crowds on the weekend (including lots of young children), plenty of swimmers and surfers (Yunohama is actually one of Japan's oldest surf locations), and other athletic types playing soccer and volleyball—it does offer beachgoers the convenience of not having to step off the sand in order to replenish burned calories. Stands selling, among other things, fish, takoyaki, and French fries in addition to plenty of sports drinks and soda are on the premises.

If you're looking for something more than a suntan—or shelter from the sun in a tent (a common sight on Yunohama)—the area has more to offer. It's a popular locale for fishing, and a short bicycle ride from the beach takes you to Kamo Aquarium. If dolphins don't interest you, maybe hot water does. Yunohama is actually most famous for its onsen, as numerous signs in the Tsuruoka city center direct motorists to the popular onsen resort.

However, you can hit up the onsen any time of year. Do your best to take advantage of the limited time in summer when you can fully enjoy Yunohama. 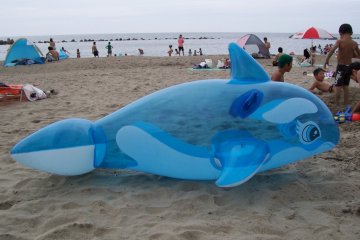 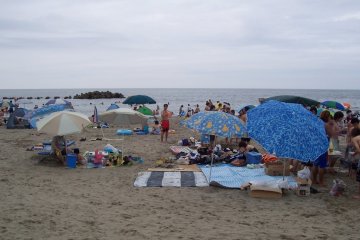 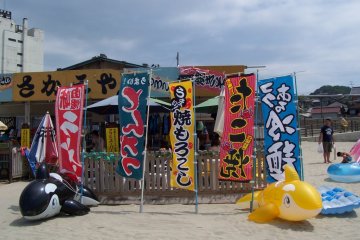 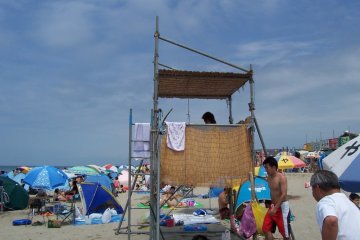 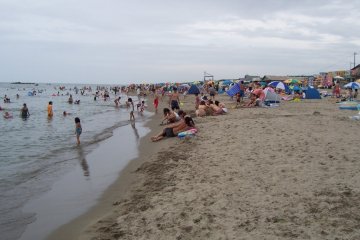 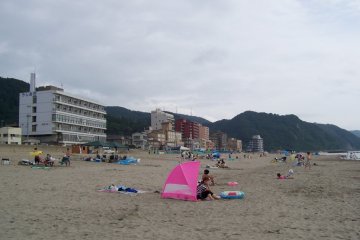