Mount Haguro isn't the only locale in the Tsuruoka City limits worth seeing that's home to a five-story pagoda.

Located roughly seven kilometers west of the city center, Zenpo Temple is a popular locale for people to pray, and most visitors do so at the Bhaiṣajyaguru (Medicine Buddha) figure in the main temple.

The temple is home to numerous impressive buildings. One is the sanmon, which was rebuilt in the 1860s. The sanmon serves as the most important gate to this Buddhist temple. At another building one is honoring Ryujin, or Dragon King, a deity in Chinese mythology. There are many other buildings, however, the most impressive one is the five-story pagoda, which was opened during the Meiji era and which now serves as a memorial tower.

But there's a lot more to the roughly 800-year old temple than the sight of people praying for a couple of seconds and the above-mentioned buildings.

Like many Buddhist temples, Zenpo has been a popular place for monks-in-training since the early 20th century and on the second Saturday of each month it hosts a Zen meditation gathering in the main building.

However, this Zen meditation gathering is not the only event at Zenpo Temple. Not unlike many other locales in the county, hundreds, if not thousands of people, descend on the Zenpo Temple complex for hatsumode, the New Year's Day shrine visit.

Just about every other month sees a special event come to Zenpo, such as a January prayer for those taking university entrance exams and a February prayer on the day of setsubun (a bean-throwing ceremony).

Prayers are actually a daily event at Zenpo, and they start at dawn and continue throughout the day.

You can buy typical temple souvenirs and other items such as banners, and learn about Buddhism, a religion with a rich history in Japan.

If you're on your way to Yunohama Beach, or to the popular onsen nearby, you'll probably notice Zenpo's five-story pagoda - as I once did.

Stop by, relax and enjoy everything about the beautiful setting of this temple, said to be one of Yamagata Prefecture's largest three temples. 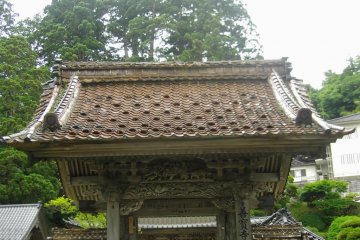 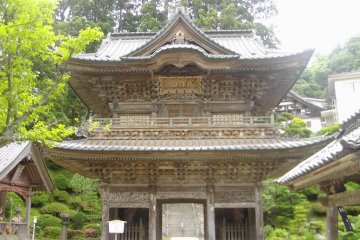 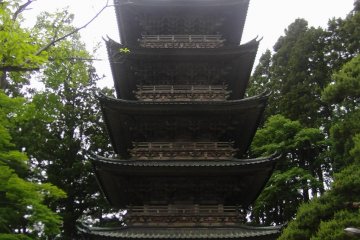 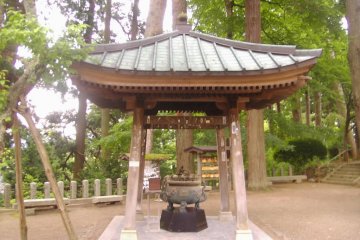 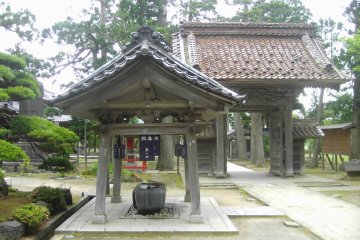