On the Movie Set of “Okuribito”

“Okuribito” (Departures), a movie shot in Sakata City in Yamagata Prefecture, won the Best Foreign Language Oscar in 2009. The main movie set, the NK Agent’s office, was preserved and it is now open to visitors.

This film features the art of a mortician, a person that prepares dead people in the traditional way. While this is not everybody’s favorite tourist destination, those who have watched the internationally acclaimed movie will appreciate the chance to glimpse “backstage”.

The main set of the movie is the NK Agent’s office in Sakata’s down-town. The mysterious-looking stone building that houses the office of an undertaker – the NK Agent - in the movie was originally a ryotei restaurant, a luxurious traditional restaurant that typically offered geisha entertainment and only accepted guest by referral.

Stepping inside the NK Agent building, you find yourself transported right into the various scenes of the movie. TVs are placed in each room to show the respective scenes shot in each particular location.

The ground floor shows the office where the protagonist in the movie Daigo Kobayashi (actor Masahiro Motoki), a cellist from Tokyo, meets his new boss to be, Sasaki (actor Tsutomu Yamazaki) who is the local undertaker. Kobayashi is hired on the spot and only later finds out that his new job is to prepare the dead in a traditional way. Three coffins lean against the wall of the office making for a somewhat eerie atmosphere.

A steep staircase leads to the upper floor, which are the living quarters of boss Sasaki. Kobayashi climbs up the stairs once with the aim to quit his job only to find the undertaker surrounded by many plants and enjoying some yakitori chicken. They talk and Kobayashi changes his mind and stays on. He then learns the traditional way of preparing dead people and through his various assignments earns the respect of the locals and of his wife, who had demanded that he quit this job and who left him because he did not.

Another set of the movie, the local bathhouse, where Kobayashi meets his friend, is on display at the Shonai Open-air Film Museum (Shonai Eigamura) located in the countryside near Sakata City.

I think that people who are skilled in traditional undertaker work in Japan are becoming less and less in number. What is shown in the movie, is the “art of encoffinment” and the story if based on the autobiography of a Buddhist mortician. This is one aspect of traditional Japanese culture that foreigners hardly ever get a glimpse of.

If you have seen the movie, then visiting this movie set is very interesting. The rooms and everything in them are still the same way how you see them in the movie. It makes you feel like becoming part of this movie, a kind of surreal experience. For those who have not seen the movie yet, I highly recommend doing so, and then visit Sakata! 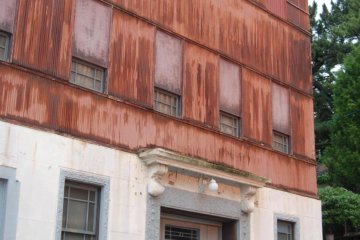 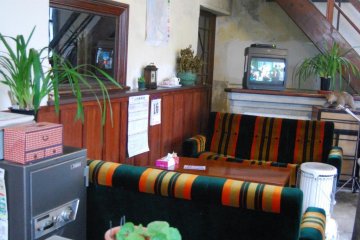 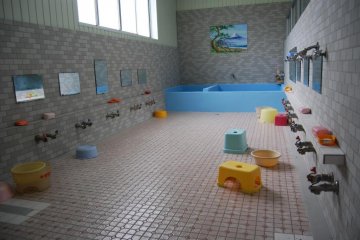 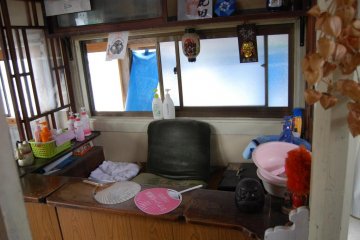 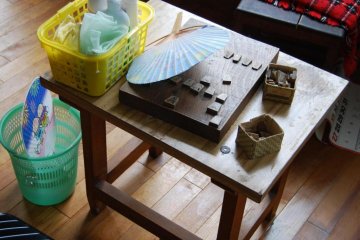