Run for the Cherries

Yamagata Prefecture's largest race rewards you like no other does.

The race has quickly become popular, as competitors from all over the country descend upon Yamagata Prefecture's largest cherry producing locale (Sakuranbo means cherry) to run (or walk) on a Sunday in early June.

Of course, it helps that even though Higashine is a small town, it's easy to reach the race site. The town is easily accessible from Yamagata City and Tokyo by train (a large number of participants come from the capital), and shuttle buses waiting at Sakurambo-Higashine Station transport competitors to the starting line, which is in a park home to numerous military vehicles as Higashine is the headquarters of the Japan Ground Self-Defense Force's sixth division.

The park is also the site for the event's opening ceremony, where—after local dignitaries address everyone—several prominent participants, including some who have represented Japan in high-level international competitions, lead you through stretching exercises.

Then, it's showtime. Despite the event's name, it's not a marathon in the literal sense as you won't be going 42.195 km. There are several "races" to choose from, and they kick off in the following order: the 5 km run, the half marathon (which draws the biggest number of competitors), the 3 km run (whose participants are mostly elementary school and junior high school students), the 10 km run, and 3 km or 5 km walks.

Not only do lots of runners come to town, seemingly everyone in Higashine takes part in the Sakuranbo Marathon. Hundreds of volunteers help the event run smoothly, doing everything from mailing bib numbers to each competitor beforehand to passing cups of water to runners during the race.

Even the locals who aren't volunteering are participating by lining up the course to cheer you on, often by holding up banners of encouragement. Although you won't pass any prominent landmarks (well, if you don't count cherry fields), you'll never feel like you're in the middle of nowhere...

But always in company of tired runners. Just like in most other races, many of the participants are weekend warriors who will struggle across the finish line. Just after crossing it (and shortly thereafter, being presented with a certificate that commemorates your accomplishment), you'll make your way to the appropriate tent where volunteers will hand you a bag with the typical race souvenirs: onigiri, a sports drink, an official event T-shirt, the race program and...

The best reward of all: cherries! In the prefecture that's the largest producer of cherries in Japan (and famous for its production of the fruit), it's only appropriate there's an event named the Sakuranbo Marathon. Each finisher is handed a plastic container holding six cherries, and you'll gobble them up pretty quickly and say to yourself "Oishii desu ne!" (Delicious, aren't they).

However, eating cherries isn't the only fun post-race activity. You can fill your stomach with local dishes as several stands are in the vicinity of the finish line, in addition to purchasing new running gear from some of the vendors present.

The Sakuranbo Marathon is the perfect way to kick off cherry season in Yamagata Prefecture. Except for one thing: Don't all the finishers deserve more cherries for all their hard work?

The 2012 Sakuranbo Marathon will take place on Sunday, June 10. You still have time to apply for this year's event, but you must do so online (The event's website is https://www.sakuranbo-m.jp/ [in Japanese]). The deadline is April 13).

- The events at the 2012 Sakuranbo Marathon start at the following times: 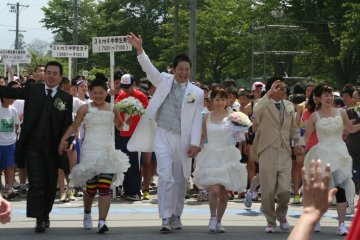 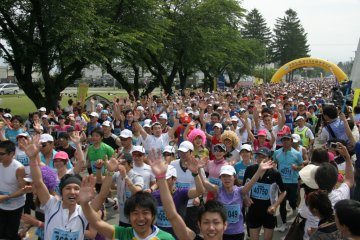 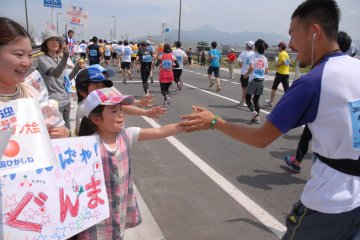 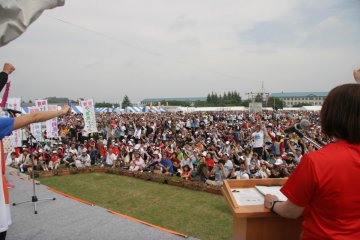 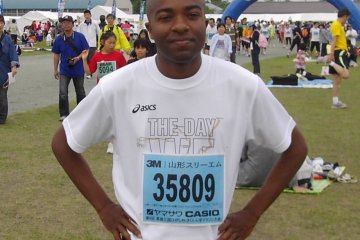 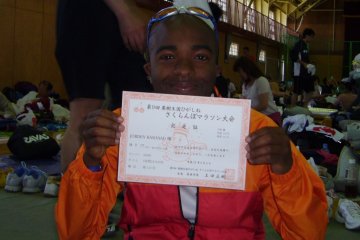