Soba and shogi in Tendo

Tendo Tower, a short cycle from Tendo Station, has a lot of appeal. Enough appeal, in fact, to justify a stop in the small city in Yamagata.

We arrived early for our soba class, and we were drawn to the garden at the back of the building and charmed by the tiny paths and bridges that turned a small space into a miniature forest.

The path through the garden represents the different stages of the life of celebrated poet, Bassho—who is best known for his haiku about the noise of a frog jumping into the water—and each turn in the garden reveals a different piece of poetry or fact about his life.

After fifteen minutes wandering in the little garden, we returned to the main building to kill some more time in the well-stocked gift shop. Instead, the teacher of the soba class (¥1500) took a lucky guess that we were his next students and asked if we would like to start early.

In the kitchen, we learnt how to scramble the 80 per cent soba flour and 20 per cent white flour and water together. To work air into it, we were told to give it a belly button and fold it in gently with the soft parts of our hands, then make it into a pear shape and flatten it multiple times. When it was deemed well enough kneaded, we rolled it out, folded it into a neat square and, finally, cut it into super thin noodles.

Our (slightly imperfect) noodles were then whisked away to be boiled, while we took a seat in the large, sunny dining room. When our noodles reappeared, in shogi piece shaped dishes, we dunked them in dashi and devoured them, congratulating ourselves on a job well done.

After our little lunch break, it was time for an art lesson (¥1050). We sat with the teacher in a little tatami area where he explained the process of painting shogi pieces. Luckily the pieces we were painting were much larger than the real tiny ones, but I was still dubious about my ability to produce anything even remotely resembling the beautiful examples he showed us.

However, through a process of tracing our chosen characters onto the wood, painting over the outline, and filling it in with thick, black ink, I managed something that I was very happy with; a wonderful handmade souvenir of my time in Yamagata.

When we were finished, the teacher showed us a range of shogi pieces, and explained the difference between the ones that had been stamped, carved and flat-painted.

He was even good enough to arrange for our pieces to be shipped to my friend’s office in a nearby city, because it takes three days for the pieces to dry properly and he was worried about us trying to take them home on bicycles.

Tendo Tower also has a restaurant, in case you can’t be bothered making your own noodles, and hosts various events such as beer parties, flea markets and music concerts, so there’s always a reason to stop by. 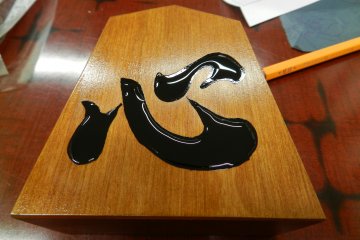 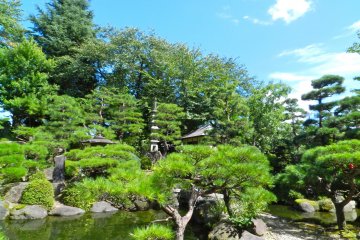 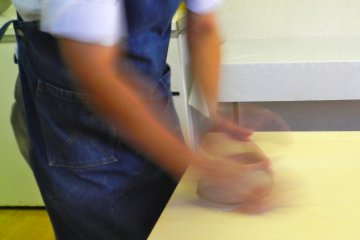 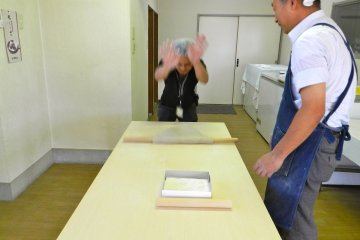 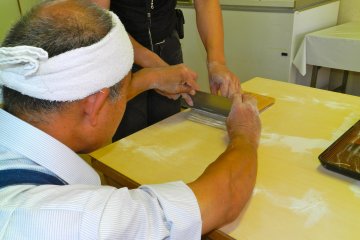 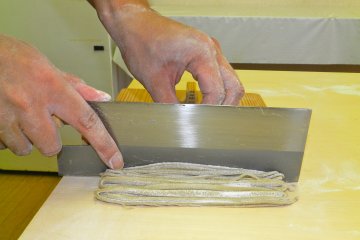 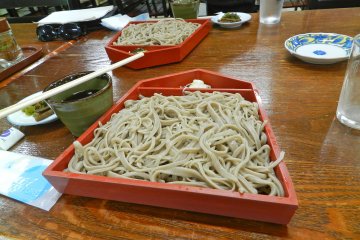 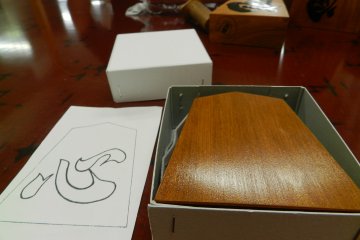 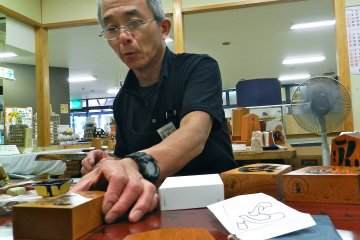 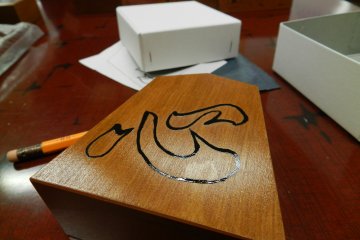