Part of the rich merchant history of Sakata

Sakata, a small town in the northwestern part of Honshu Island, has a rich merchant history. The “Band of 36”, a group of powerful merchant families, shaped the events in town and one of them was Abumiya, a prosperous shipping agent. Visit his house to catch the atmosphere of a “trading house” at the early Edo Period in Sakata.

During Japan’s Edo Era (1603-1867) Sakata was a flourishing merchant city and its prime location at the mouth of Mogami River and right at the Sea of Japan made it a terminal for sea and river-bound trade. The main trading item was, and apparently still is, rice from the Shonai Plain, one of Japan’s main rice growing areas.

Sakata had been at the centre of the sea-bound rice trade since the trading and shipping route along the West Coast of Honshu was developed in 1672. It connected Sakata in the northwest of Honshu Island with Kyoto, Osaka and Edo (now Tokyo) in the southeast of the island.

Sozaemon Abumiya was the foremost merchant in town and he was the leader of the “Band of 36”. He became rich as a shipping agent in the flourishing Japan Sea shipping trade in Japan’s early Edo Period (1600s) and he was the No 1 purchaser of rice in the Shonai area.

Judging from the looks of the Abumiya house, a typical merchant town house in late Edo-style, he must have been very rich and influential. The house features large rooms, some of which were used as commercial quarters and some as residential quarters, a large kitchen, lots of storage space and a beautiful Japanese garden next to the house.

The current house dates from 1845 but it was reconstructed in the 1990s. The exterior and the interior were restored as close as possible to the original and the displays in the house try to reflect the mood of the era and the happenings in the house when the shipping trade was flourishing.

Combine a visit to the Old Abumiya House with a trip to the Sankyo Rice Warehouses and a lunch at Somaro - a traditional Maiko (apprentice geisha) tea house –and you will get an excellent idea of Sakata at its heydays as a rich merchant city.

You might have heard of the Sogo Shosha, Japan’s famous general trading houses, but let me tell you that they were not an invention in modern days. Japan’s shipping and trading merchants of old already took on a similar role. They bought and sold commodities on consignment and received a commission for it. They assisted other merchants with buying and selling and they also provided accommodation to these merchants and storage space for their goods. Abumiya was a major employer at the time having had hundreds of employees.

All of this you can experience when you visit the Old Abumiya House in Sakata City. Blink with your eyes and the life-sized human dolls that are employed to try and recreate the atmosphere at the time seem to come to life and you are suddenly in the middle of the hustle and bustle of an Edo merchant house. 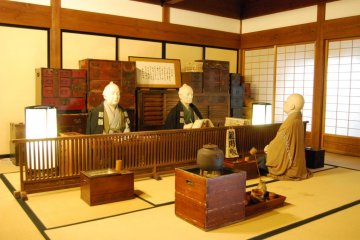 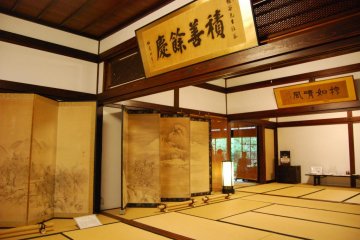 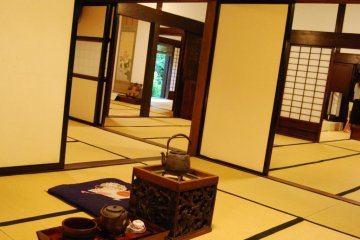 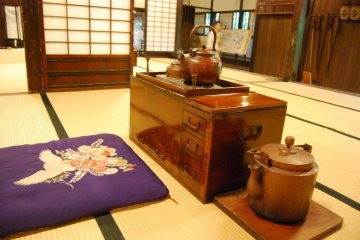 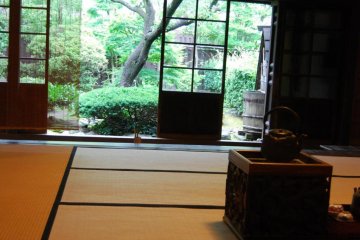 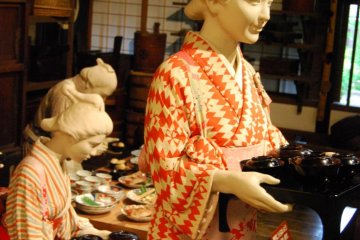 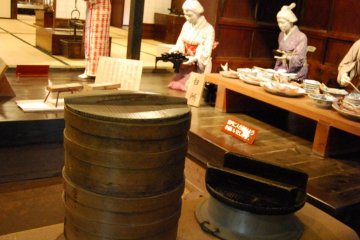