I've always wondered what it's like to navigate through the rocky terrain of the moon, or something absurd like that, wanting to experience something that's almost...apocalyptic. Now that I've got wind of and trekked through the Akiyoshidō Cave (秋芳洞), I can say that the experience was quite close to how I'd imagine it to be. For those not in the know, Akiyoshidō Cave is Japan's longest and largest limestone cave, and is part of the Akiyoshidai, the plateau with the largest karst formation in Japan. Located at Mine City in Yamaguchi Prefecture, Akiyoshidō Cave contains 8.79 kilometers of passages, making it a good trek for those who want to explore something rather unique in Japan.

I was able to fit visiting the cave into my Yamaguchi itinerary, and boy, it definitely did not disappoint. The main Akiyoshidō entrance to the cave was concealed by darkness, in contrast with the sunny weather outside. However, what greeted me after the entrance was an amazing sight - limestone formations resembling a canyon and icicle-like formations hanging from the ceiling. The rocky structures were illuminated by lights installed in the cave, with their textures rough, intimidating and remarkable all at the same time. Boardwalks installed in the cave directed visitors on the paths, and there were information booths which describe the formations in Japanese, English, Mandarin and Korean.

Aside from the canyon-like walls in the cave, there were some other fascinating formations. Part of this was the Hyakumai-Zara (100 plate) formation in the cave, its appearance a bizarre reminiscence of terraced rice fields in China or in the Sapa region of Vietnam - only these were brown and looked muddy compared to the lush greenery of aforementioned rice fields. Another formation was the "Gold Column" - a tall stalactite resembling a pillar.

Soon after navigating through boardwalks and climbing stairs for nearly 1 kilometer altogether, it appears that I've reached the end as I came face to face with two elevators. Going in, I soon realised the caves were actually 80m below sea level as the elevator astutely pointed out, and reached the top, right to another entrance. Only at this time did I realise that I did not trek the other 7.79 kilometers worth of passageways, but as time was running short, I unwillingly caught the bus running at the elevator entrance back to town. I'd say that even though it was a pity that I did not trek the entire cave, I still managed to trek through some amazing limestone formations dating back to millions of years ago, while at the same time having the pleasure of imagining what it'll be like on the moon through this experience.

Find out more about Akiyoshido Cave. 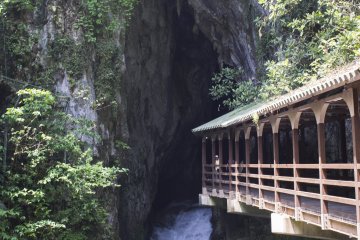 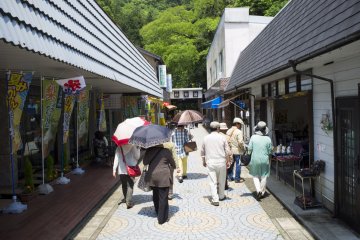 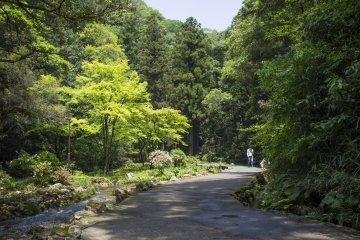 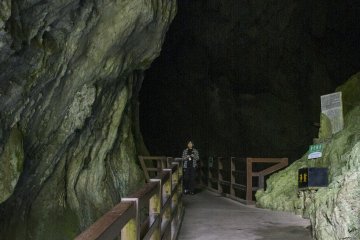 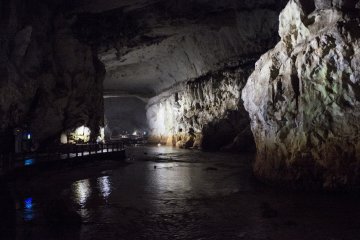 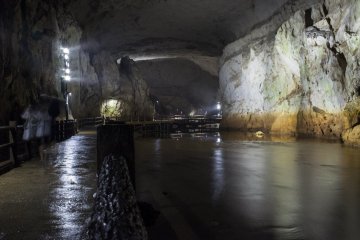 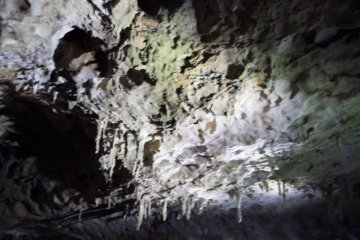 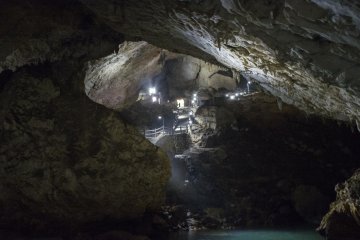 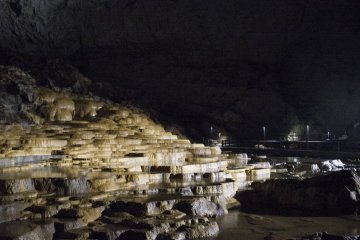 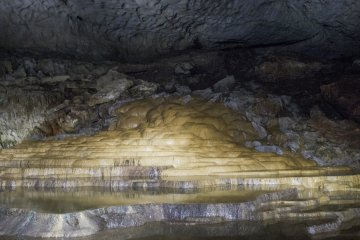 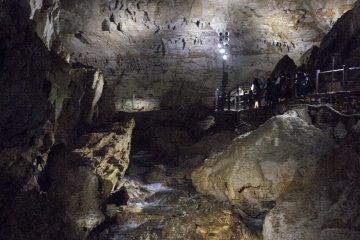