The magical portal bridge of Akiyoshi Cave spans the Ina River and leads you into an underground adventure (Photo: Tristan Scholze)

The flow of time, water, and the imagination

To bring to light the wonder of Akiyoshidai Quasi-National Park, let’s use our imagination and think back for a moment to a time before dinosaurs ever walked the earth—to the Permian Period, 300 million years ago. This land was under the sea, and ancient corals and other marine life thrived here. Over generations uncountable, their skeletal fragments settled on the ocean floor to eventually become a large tract of limestone. As the ages progressed, continental drift moved this part of the Earth’s crust and pushed it into the air where the rain and wind reshaped the land. Now, this park is Japan’s largest karst landscape. Freshwater has replaced saltwater, and by mixing with carbon dioxide from the air and soil to form a mild acid, this liquid flow of rainwater has dissolved parts of the bedrock over hundreds of thousands of years to form a system of dramatic sinkholes and mysterious caves that calls out for adventure.

The above-ground portion of the plateau is a distinctly Japanese karst topography. You’ll find gray limestone pinnacles speckling a grassy landscape with only a few accidental trees here and there—though thickly forested mountains fill the area surrounding the park. Human influence keeps the trees from growing, since each winter the hillsides are razed in controlled burns. When summer comes again, deep green grass carpets a scene of massive craters interspersed with the boulders. The depressions may be reminiscent of a green moon, but they are formed not from meteor impacts; they are sinkholes known as dolines, growing slowly as rainwater withers away the limestone.

A network of hiking trails winds through Akiyoshidai, leading us across its natural treasures. Birds and insects, such as beetles, butterflies and dragonflies, abound in summer, along with wildflowers, which add tiny splashes of color to the sea of green. Along with birdsong, wind rustles through the grasses with sounds reminiscent of sea spray over the reef this used to be eons ago.

Hidden below this scene, the flow of water has created a whole other world. Some 400 caves have been found here, with the most spectacular being the largest limestone cave in Japan. Starting at its iconic magical entrance portal in a bright fern-filled forest, ten full kilometers of Akiyoshi Cave have been explored, and the first kilometer, open to the public, holds treasures vast and diverse. Incredible mineral formations, spacious underground halls, and cave denizens dazzle with spotlight illumination. Let your imagination run wild here in this enchanted cavern, the nation’s premiere—and easy-access—spelunking experience.

Numerous fossils have also been discovered in this geologically important area. Impressions of sea life from the Carboniferous to the Permian Period have been found. Vertebrate animals who inhabited the plateau during the last half-a-million years have likewise been unearthed, including the now extinct Japanese rhinoceros, Young tiger, Stegodont and Naumann elephants, as well as the giant Yabe deer. Humans, too, have lived in this region since ancient times, hunting and planting vegetables in the dolines during the Jomon period in the first millennium BCE.

Akiyoshidai been recognized as a Ramsar site, making it a wetland of international importance, and Akiyoshi Cave has been selected as a Special Natural Monument of Japan. But designations aside, our minds can flow through history and beyond it, from the rimstone dams of the cave that conjure up impressions of terraced rice fields to envisioning the long-extinct animals that wandered this place above and below ground, Akiyoshidai is a place to deepen your scientific understanding, breathe in some natural history, and let your imagination run wild.

Akiyoshidai is in the city of Mine, Yamaguchi Prefecture. Best visited by car, but accessible by bus. The pedestrian thoroughfare that connects the entrance of Akiyoshi Cave to restaurants, shopping, parking and the bus center is a 40-minute bus ride (1,170 yen, 1 per hour) from the Shin-Yamaguchi Shinkansen station or a 60-minute bus ride (1,210 yen, 1 per 2 hours) from Yamaguchi Station, both in Yamaguchi City. From Mine Station, it’s a 25-minute bus ride (200 yen, 1 every 90 minutes). There's also a reasonably-priced "Karst Taxi" service for transport in and around the park. 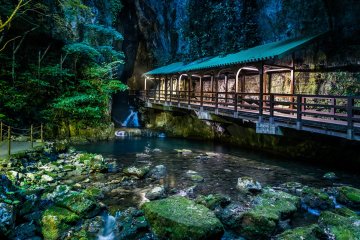 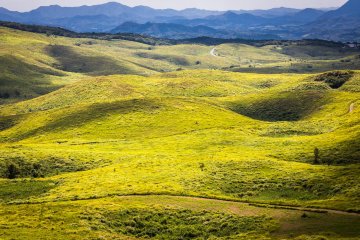 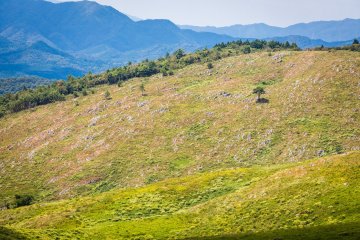 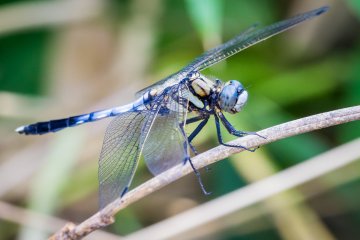 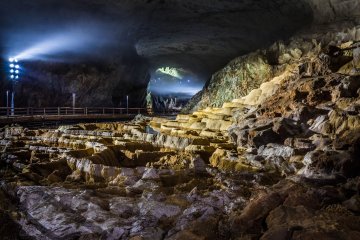 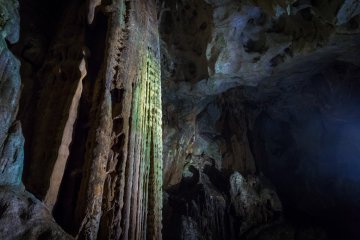 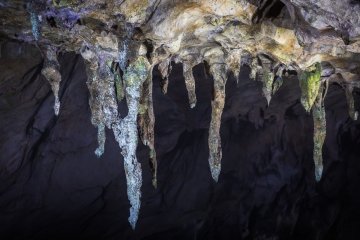 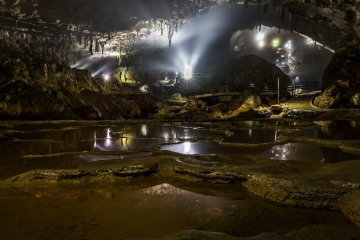 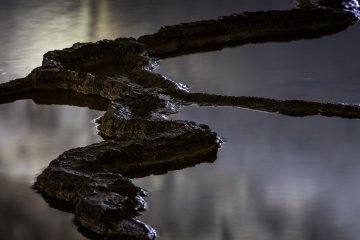 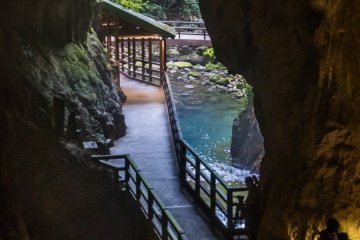