A beautiful garden in a former castle town

Eight kilometers east of the city of Shimonoseki on the very southern tip of Honshu, the old castle town of Chofu sits languishing in oblivion. It's a shame, really, as the neighborhood (known as jokamachi, after the castle that no longer exists) is a picturesque warren of winding lanes with numerous temples, shrines, old samurai residences and courtyard gardens.

Perhaps the highlight of the area is the Chofu Teien, or Chofu Garden, a 31,000 square meter oasis of beauty on the edge of Chofu. The property once belonged to Nishi Yukinaga, former vice leader of the local Choshu clan. While the garden itself was only opened in its present state in 1993, several of the buildings on the property - such as the teahouse and the old white-washed kura (storehouse) - date from the Edo Period (1603-1868).

The garden is separated into very distinct parts. The ticket booth gives way to a large lawn, directly in front of the old residence. Known as the Shoin, you can enjoy a cup of tea here for a small additional fee and, throughout the year, the large viewing gallery hosts seasonal exhibitions. During my visit in early March, a lovely display of traditional Hina dolls filled the room.

The garden in front of the Shoin boasts a pond, two bridges, numerous stepping stones across the waterways and several large lanterns. On the far side of that section of the garden, a path leads up the hill and into the woods before circling back down through a camellia grove. In winter, the ground here is strewn with pink petals.

The rear half of the garden has a completely different feel. A stone path leads uphill past a gently terraced waterfall. Patches of daffodils line the water's edge and an area that looked primed for iris flowers in the early summer promises another splash of color in the landscape. A large waterfall lies at the top of the path, but you can climb further still up the nearby slope and through a stand of bamboo. The views down to the garden are rather lovely and you can even catch a glimpse of the sea (if you don't mind the smokestack that impedes your ocean vista).

Chofu Teien has a large (free) parking lot for drivers and a bus from downtown Shimonoseki stops right outside. 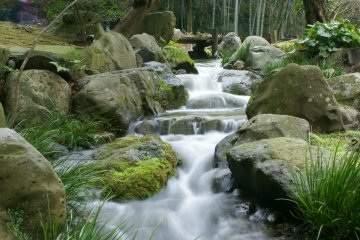 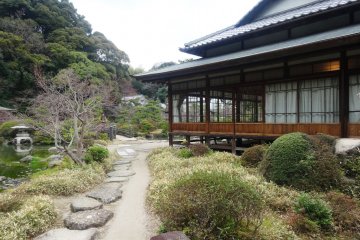 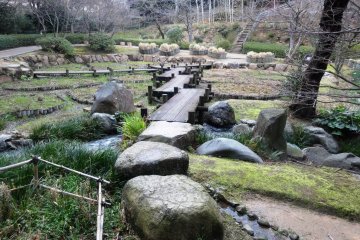 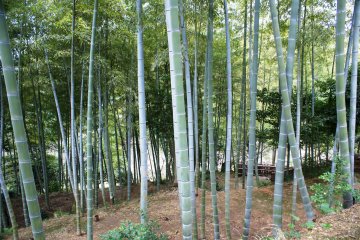