The port of Moji dates from the turn of the 20th century and the historic buildings from its glory days as an international shipping center now make for a delightful setting to spend a day or evening. After the Meiji Restoration of 1868 saw the launch of feudal Japan into the modern era, northern Kyushu became a major focus for coal and steel production with Mojiko its point of distribution. In the 1990s, the port was renovated to boost tourism.

The anchor of the area is the Neo-Renaissance Mojiko Station, which dates back to 1914. This designated Important Cultural Property has been under restoration and is due to reopen with splendor in 2019. The area around the station has several museums, historic buildings, restaurants, cafés, a shopping center, an observation tower, a harbor, a notable pedestrian bridge, and even a microbrewery.

All within walking distance (alternatively, rent a bicycle across from the Port House or travel by rickshaw here), you’ll find western-style early 20th century buildings such as the Moji Mitsui Club, which hosted Albert Einstein in the 1920s. The former Osaka Shosen Mercantile Steamship Co. is the attractive orange brick building next to it. Note the arched window on the top floor and the tower. Inside are galleries.

Along the large central harbor, you’ll see Kaikyo Plaza, full of stores, souvenir shops and restaurants. On the opposite side you’ll find a more relaxing rest place in the former Moji Customs office. This is the oldest building in the area and hosts a small museum highlighting smugglers’ tactics as well as an observatory. Across the street stands the Library of International Friendship, another striking brick and stone building with books and newspapers in a rainbow of languages from around the world. Grab a coffee and peruse all you like.

Near there is Mojiko Retro Highmart, the large black tower you can’t miss. There’s an observation deck on the 31st floor of the 127 m tower hosting a café and splendid views. Next to it is the Idemitsu Museum of Art and Moji Retro Port House, with the Kaimon Ichiba, great for local souvenirs. Alongside this is the bicycle rental building. Around the corner, in the opposite direction, heading back to the water, you’ll find the Mojiko microbrewery and restaurant. From there, you can cross the water back over toward the shopping mall via the striking Blue Wing Moji. This pedestrian drawbridge opens up on the hour between 10 and 4 daily.

Next to the station, around the block in the direction away from the water lies the Kyushu Railway History Museum, a key attraction of Mojiko. Here you can find classic locomotives, station food specialties, photographs, and more to inspire even non-rail fans.

Culinary delights are also part of a trip to Mojiko. The area is known for yaki curry, a local original curry and rice dish topped with cheese and then baked. Also popular is blowfish, or fugu.

Mojiko sits on the Kanmon Strait, which separates the islands of Kyushu and Honshu, and the cities of Kitakyushu and Shimonoseki respectively. The massive Kanmon Bridge adds to the view of the waterway, and there are a tunnel for cars, a pedestrian tunnel, and convenient ferries that link the two cities. Mekari Park has walking paths, play areas, and beautiful views of the bridge and strait. It’s accessible by city roads as well as a rest stop on the Kyushu Expressway and a train station with local and Shinkansen access. On the Shimonoseki side, you can visit the Karato Market and other adventures. 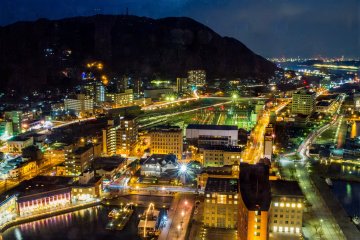 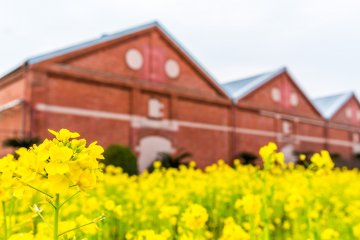 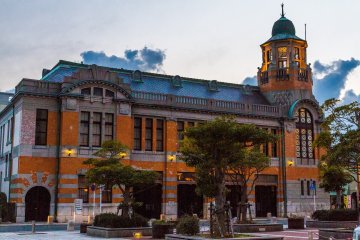 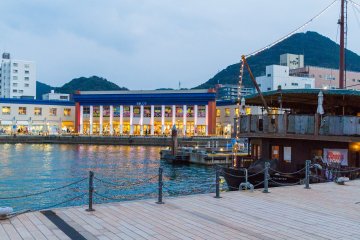 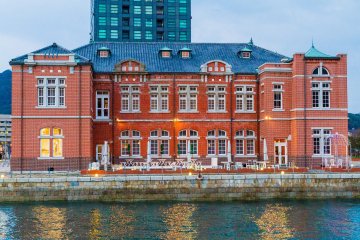 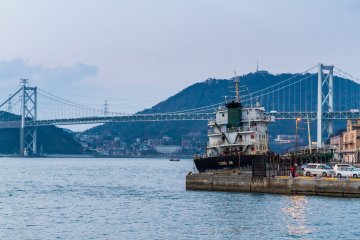 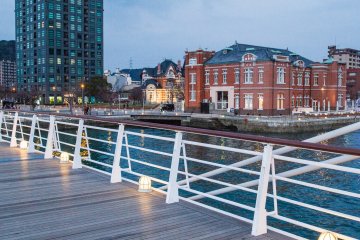 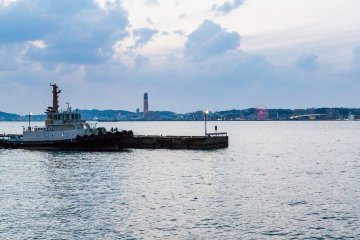 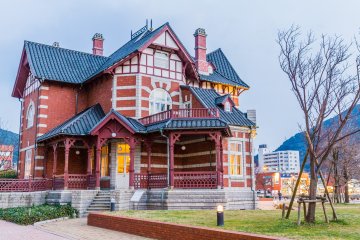 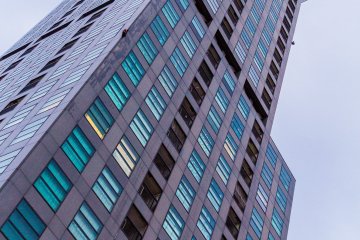 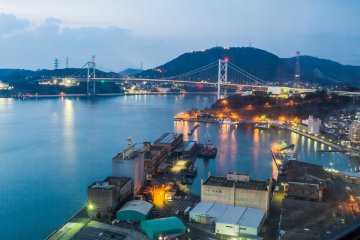 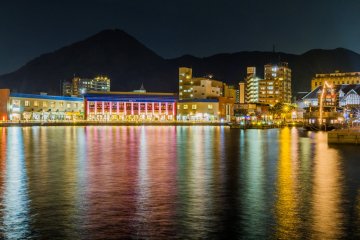 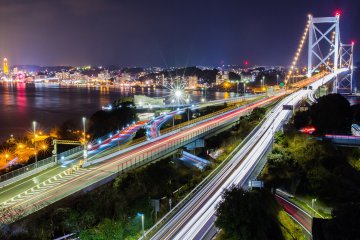