First opened in 1947, Konparu is one of the more established and popular coffee shops in Nagoya. Found only in Nagoya city, it currently has nine branches. Its menu is simple, broken down into four categories. Drinks, desserts, toasts, and sandwiches.

There is the usual coffee, tea, milk, cola, soda and juices. Konparu's coffee is defined by its rich taste. The fresh cream which is used for adding into the coffee is made with 100% fresh milk, and no preservatives are used. Ice coffee here is served with an additional cup of ice, and you have to pour in the hot coffee yourself.

One highlight of Konparu is the ogura toast (sweet red bean paste), one of Nagoya's speciality foods. There was a thick layer of red bean on the toast, which had just the right sweetness. The toasted bread was a nice brown color, with a crispy edge. It was cut nicely in half, making it easier to eat.

I did not have enough time to try more of the menu. Their sandwiches looked great too, with sliced cabbage, eggs, various sauces, and several types of meat or fillings to choose from. Apart from morning sets, there are lunch sets, which also comes with a cup of coffee. Not enough time to sit down and enjoy the food? Not to worry, they have take outs for sandwiches too.

Konparu is at the basement level of the Nagoya station on the Meitetsu Nagoya Main Line. 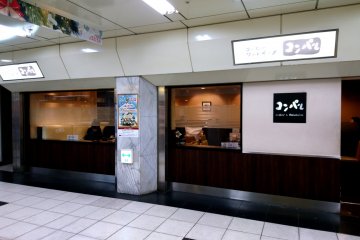 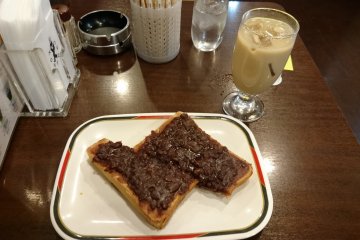 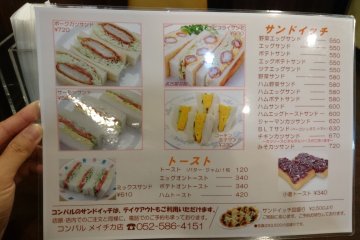 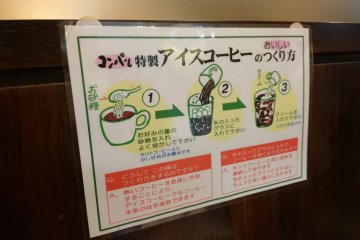