Along the shore of Lake Towada (Photo: Mandy Bartok)

One of Tohoku's most beautiful spots

Lake Towada is the largest caldera lake on Japan’s main island of Honshu and one of Tohoku’s most beautiful scenic spots. The lake straddles the border of Aomori and Akita prefectures and is easily reached from either side.

Many visitors to the area choose to approach the lake on foot, hiking the level path along the Oirase Stream, a small channel that meets up with the northeastern corner of Lake Towada. The walk can take anywhere from two to six hours and passes numerous waterfalls, glens and wooden bridges. The area is particularly beautiful in autumn, when the forest is bathed in the golden colors of changing leaves. If you want more than a passing encounter with the area's beauty, book a room at the stunning Oirase Keiryu Hotel, a Hoshino resort property that blends in perfectly with its woodland setting.

Visitors can see the lake itself on a cruise that leaves from the small boat dock at Nenokuchi. The boats run to the southern part of the lake (the port at Yasumiya) and leave once or twice an hour. Boats also run a circular route from Yasumiya, exploring one of the scenic coves tucked away between two of the lake’s peninsulas. Both trips take just under an hour and only run from spring through the end of autumn.

Yasumiya is the largest community on the lake, boasting a few ryokan and guesthouses and a smattering of cafes. A path through the forest leads to the atmospheric Towada Shrine and a lakeside statue of two women, installed to commemorate the lake’s inclusion on the list of Japan’s national parks.

Public transportation around the lake is limited, so a rental car is the best way to see the area. If you have your own wheels, you can also stop at one of the half-dozen lookouts that are scattered around the lake’s perimeter. Slightly farther afield, you’ll find a range of onsen, ranging from the mixed baths of Sukaya Onsen to the rustic pools of Tsuta Onsen. The lake is also within a two-hour drive of the Hakkoda ropeway and Hakkoda mountains.

Find out more about Lake Towada. 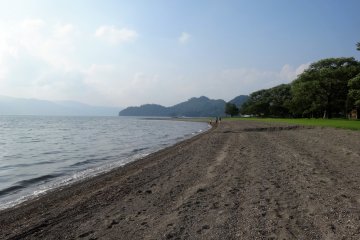 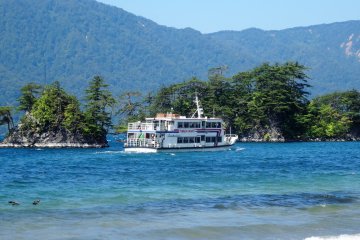 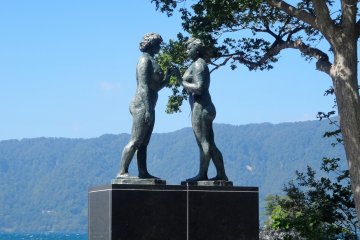 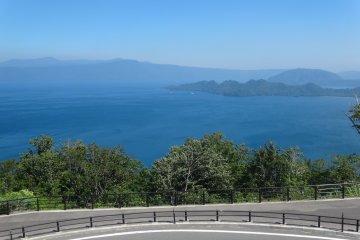