There can be few better places to stay in Hirosaki than Ishiba Ryokan. Literally around the corner from Hirosaki Park and Castle, it's a venerable family-run guesthouse established way back in 1879, rich in history and atmosphere, but with eminently reasonable prices.

From the street, the unassuming facade doesn't stand out, but once you step inside, the decades just drop away. I was shown to my room by an elderly lady who I assumed was the proprieter's grandmother, and hence a former landlady, chatting away to me in Japanese oblivious to my lack of comprehension. She took me over a humped wooden bridge, through a labyrinth of low-ceilinged corridors with satisfyingly creaky floors and wooden-paneled walls decorated with prints and knick-knacks.

My room was a delight, a picture-book example of traditional accommodation. I had a lacquered teaset on the table, cool tatami mats under my feet, an alcove decorated with a hanging scroll and dry flower arrangement, and a larger, screened alcove with a small table and chairs where I could sit and look out over the garden. When I came back later from dinner, Grandma Ishiba had laid out a futon, and the room was set back far enough from the road that I was able to sleep undisturbed by the traffic.

Despite being kindly given a free upgrade from a showerless room to one with a shower, I took myself instead to the shared bathroom, where I could scrub myself in space then stretch out in the bath. The current proprietor, the fourth generation to run the ryokan, speaks capable English and was happy to help with advice and recommendations. He also offered to drive me to the station after I checked out, and treated me en route to a quick tour of the city.

It's possible to take meals in your room, but there are plenty of cafes, bars and restaurants within easy walking distance, and a convenience store just a couple of minutes away. The ryokan is also close to the main sights; the castle and park (though the castle is presently closed for reconstruction), the city's comprehensive tourist information center, the delightful Fujita Memorial Garden, and a district of restored historical buildings.

The cost included a welcome drink at a private members' bar next door and, well, the atmosphere couldn't have been more different. Small, dim and smoky, it's clearly run by someone with a thing for Marilyn Monroe and Andy Warhol; there are pictures of Monroe on all the walls, a Warhol print among them, and Campbells Soup cans on a shelf above the bar. The range of drinks seemed limited to whisky and Japanese spirits; I chose sake, which was poured in traditionally generous style to overflow from the cup into the box holding it.

That more or less sums up the ryokan; traditional style, modern comfort and welcoming service. 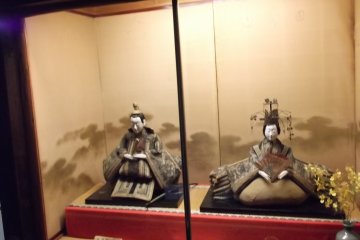 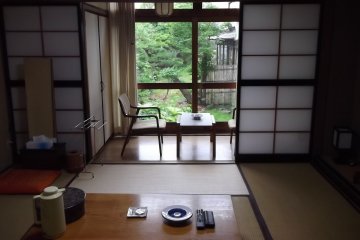 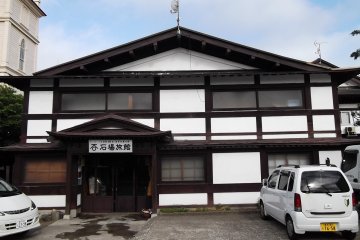 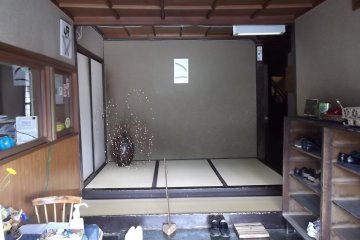 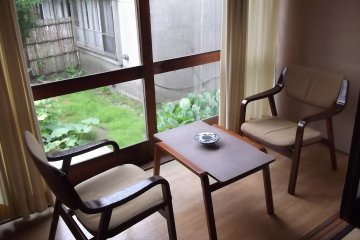 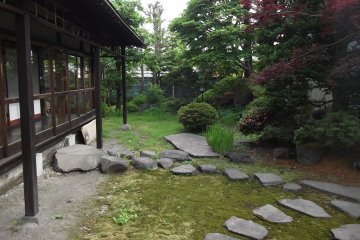 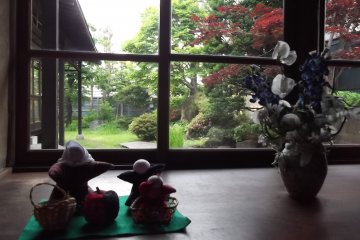 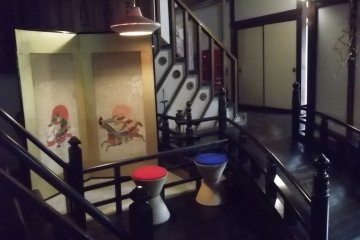 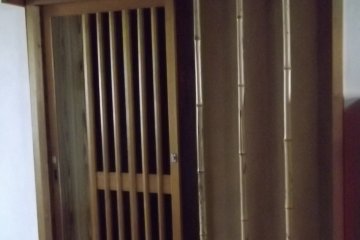 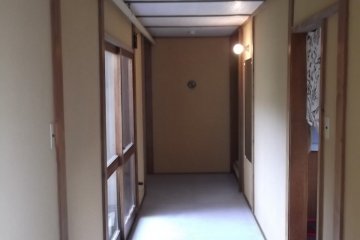 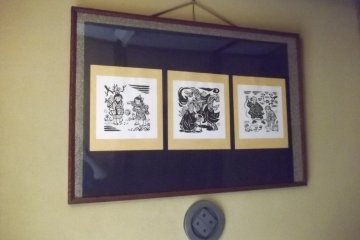