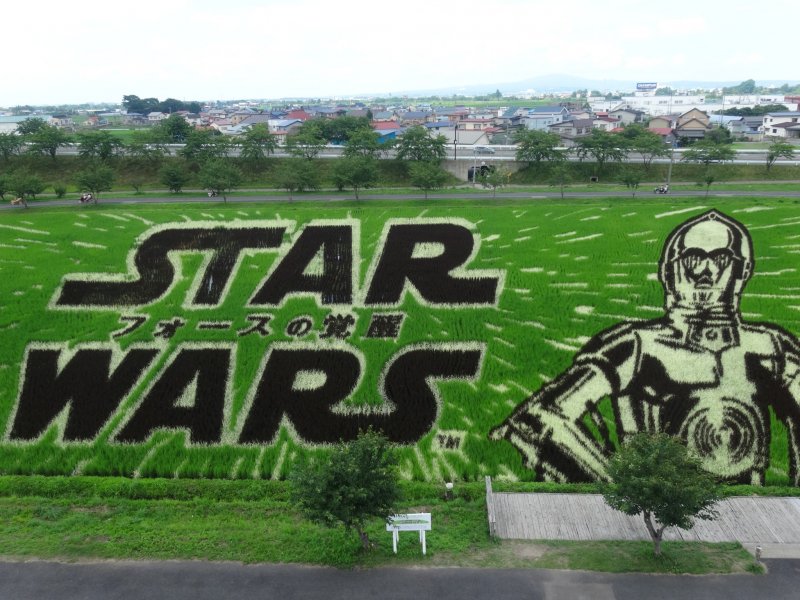 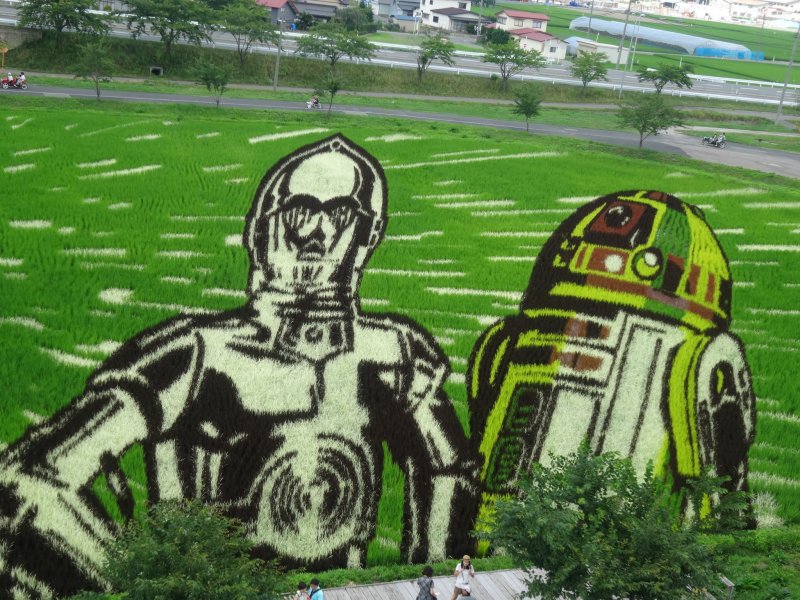 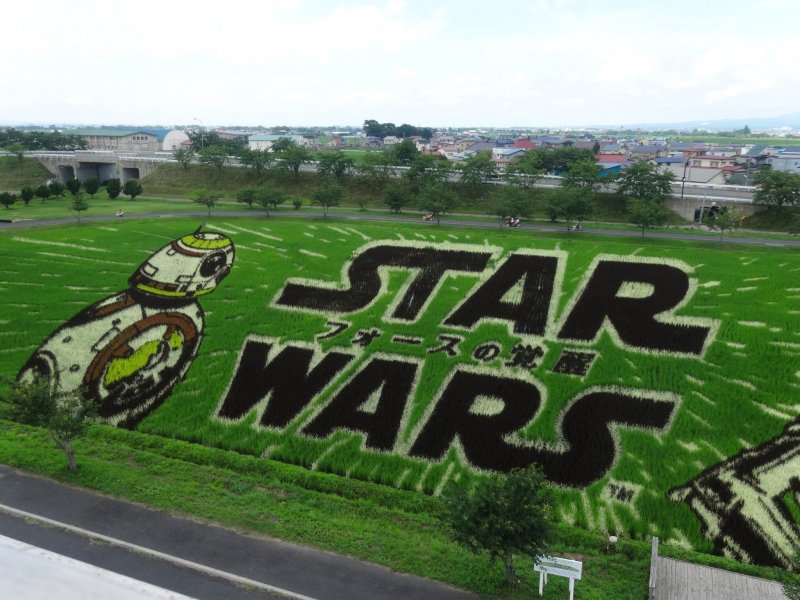 One of the droids from the newest movie is also portrayed 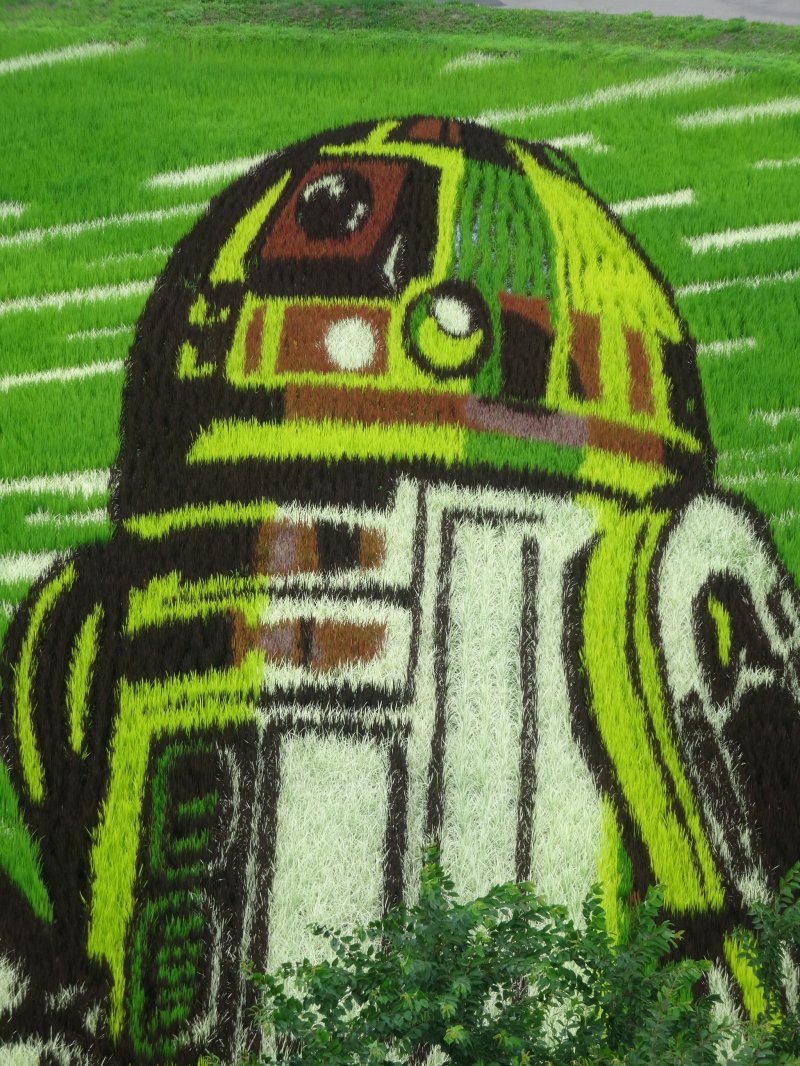 A close-up of the many colors used to create R2D2 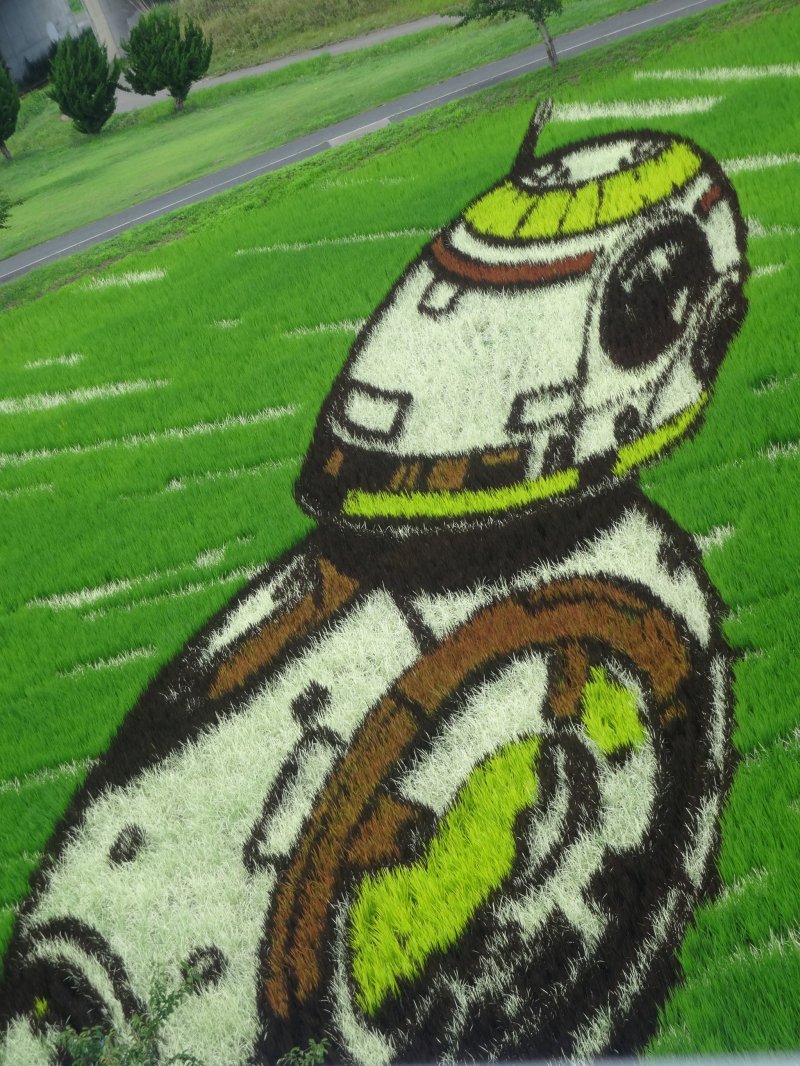 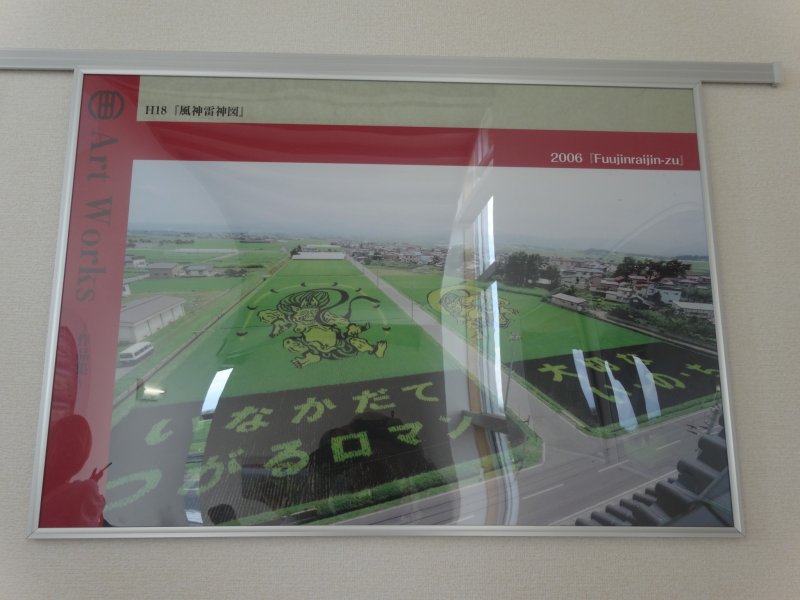 In the viewing tower, you can see the rice art from previous years 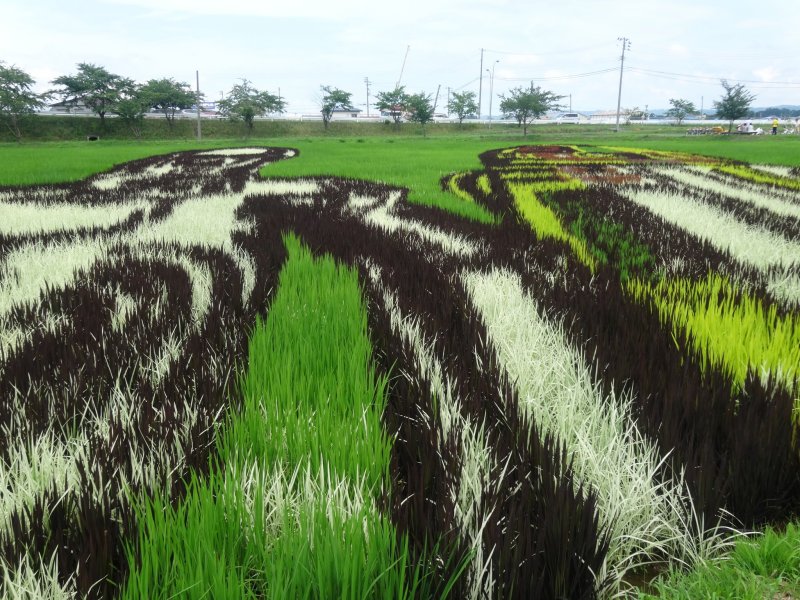 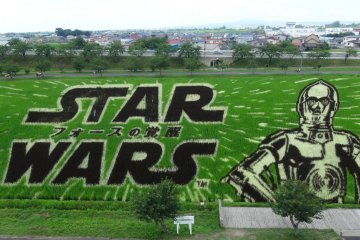 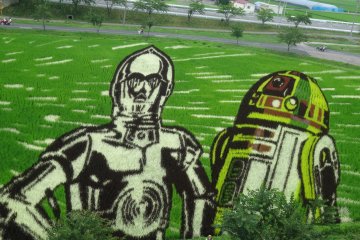 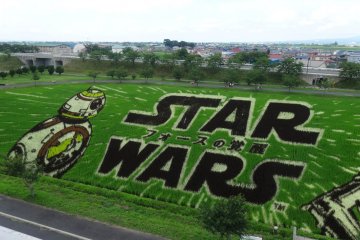 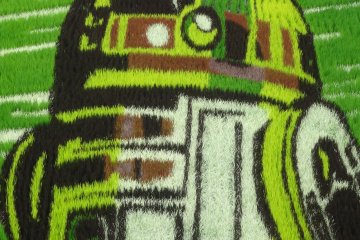 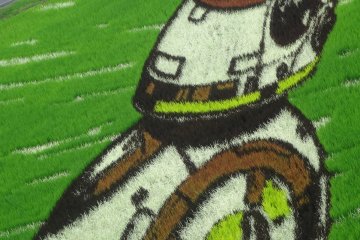 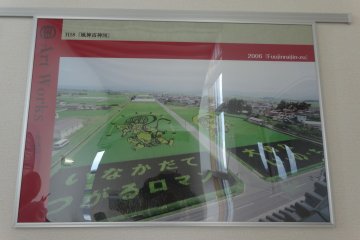 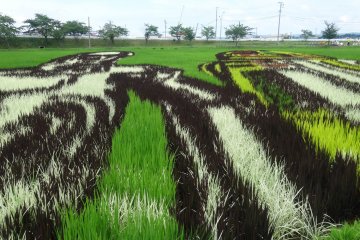 There are two observation venues: Inakadate and Yayoi no Sato. There is a free shuttle bus running from Tanbo Art Station that visits both venues.

The Force is clearly in Aomori this summer, more specifically in the rice paddies surrounding the Inakadate Michi-no-eki (road station). Climb the viewing tower to see a larger-than-life C-3PO and R2D2, as well as a droid character from the upcoming film. While it costs ¥200 to go up the tower for the best views of the site, you can also get close-ups of both the characters and the different species of rice (in various shades) that are used to make up the massive art. If this doesn't get you excited for the upcoming Star Wars film later this year, nothing will.