Exploring one of Honshu's remotest spots

We weren't sure where we were going, but we didn't care. The road twisted through dense, lush forest, and it was obvious we were gaining altitude. Every now and then, through breaks in the trees we saw the sea sparkling deep blue in the distance.

We were road tripping around Honshu's northernmost tip - the Shimokita Hanto in Aomori prefecture. Stretching towards Hokkaido, this axe-shaped peninsula is one of mainland Japan's remotest areas. Most of it is encompassed into the Shimokita Hanto Quasi National Park.

To get the most out of the Shimokita Hanto, you need to have a car. Public transport is practically nonexistent, and indeed the peninsula is mostly uninhabited, save for a smattering of small communities along the coast. You won't even find a convenience store here - proof that you really are out in the wilds!

This is the ideal place to just let yourself get lost and see where you end up. Our first stop was Osorezan, one of Japan's three most sacred places (things conveniently always come in threes here). Its name literally translates as 'Fear Mountain', and when you get there it becomes obvious why.

Osorezan is a caldera volcano still showing signs of activity today. A temple was first founded here over a thousand years ago, and according to popular mythology it marks the entrance to Hell. Under a red bridge, a small stream runs into Lake Usori, believed to represent the Sanzu River that the deceased must cross on their way to the afterlife.

The sulphurous water of Lake Usori is poisonous, sustaining no life. Standing on the bank and looking across to the cloud-shrouded hills on the opposite side, I could understand how this area got its reputation as a place where the living and dead meet. The lake was eerily calm, with hardly a ripple breaking the surface.

Entering the grounds of Bodai-ji temple, we roamed through a desolate landscape of scattered grey rocks and clouds of sulphur rising from the ground. More religious visitors had left colourful offerings of children's toys and clothes in honour of Jizo, who guards the souls of dead children and unborn babies, and these stood out starkly against the grey backdrop.

There are some basic wooden huts containing onsen in the temple grounds. Visitors are free to make use of these, but be aware that one of the onsen is mixed bathing!

After a night at the Wakinosawa Youth Hostel (one of the only places you can stay on the peninsula itself) we set out with no destination in mind. Steep cliffs make most of the coastline here inaccessible, so for a lot of the drive all we got were tantalising glimpses of the sea, frustratingly out of reach.

Eventually, we found ourselves in the small village of Sai, on the western coast of the peninsula. Wanting to get to the shoreline, we parked and followed a steep narrow path down through the trees.

The view that greeted us was breathtaking. Clear blue water gently lapped the sand, and in the sunshine we could have been on an exotic holiday island rather than the north of Honshu.

Most impressive, however, were the natural rock formations scattered along the bay. Named Hotoke-ga-ura, they are said to resemble hotoke (statues of Buddha). Whilst I thought this description was stretching things a bit, there was no denying that they were stunning.

Japan is a country renowned for its temples, shrines and ancient traditions. As we took a short boat ride out to admire the jagged cliffs from a different angle, I was reminded that this is also a country with lots of (often overlooked) natural beauty, too.

If you have the opportunity, I strongly recommend a trip to the Shimokita Hanto. Relax, admire the scenery and see where the road takes you. 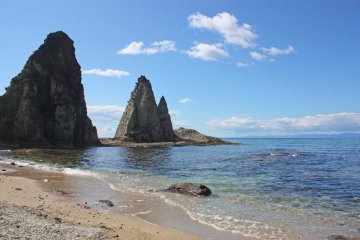 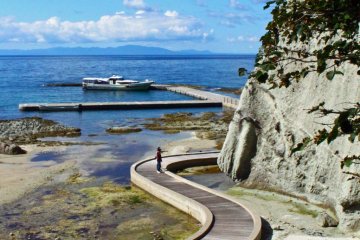 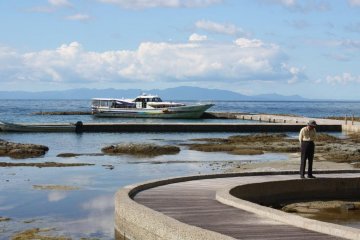 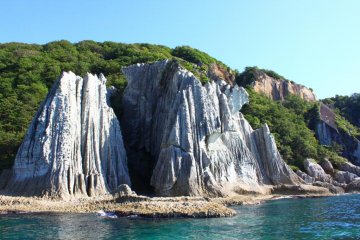 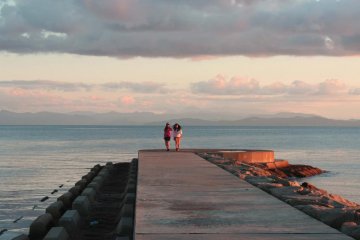 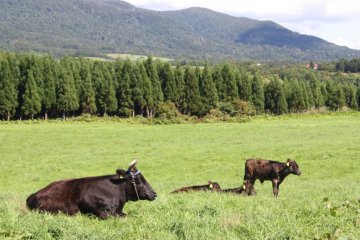 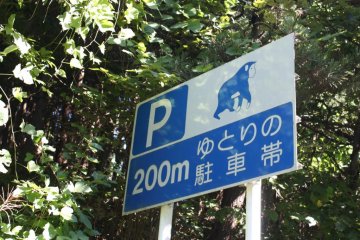 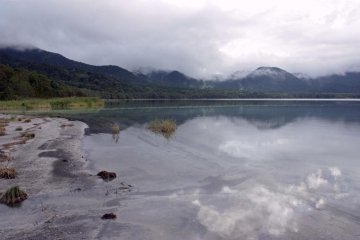 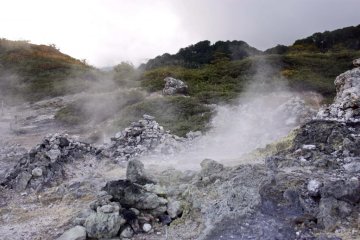