A pilgrimage not to be missed for fans of tuna fishing

It felt like I was at the border of the known world, staring out at alien lands across the sea. Located on the northern most tip of Japan's main island of Honshu, in the Shimokita Peninsula, is the small town of Oma. Oma feels like an outpost at the edge of the globe. You get there via a small road which winds through the mountains and then spills you out right next to the ocean's waves. The town is tiny with a few supermarkets and schools. It's clean, quiet, friendly and has a large and impressive temple in its center. In other words, Oma is almost exactly like any other town in Northern Japan. Walking around this fishing community, one may wonder what all the fuss is about. Well, there are three good reasons to visit Oma.

Oma is most famous for its bluefin tuna. Don't believe it? In 2013, a 489 pound tuna was caught near Oma and auctioned off in Tokyo for $1.76 million! Each piece of the tuna's underbelly sold to high end Tokyo restaurants can fetch $20-$100. However, in Oma, you can buy the sashimi, fresh from the source, at a much cheaper price (prices do fluctuate depending on demand). To best experience this seafood community, visit Oma in the last week of October, when the Oma Cho-maguro Matsuri (Oma Super Tuna Festival) is held. You'll be able to experience a tuna butchering demonstration, sales exhibition, and savor some delectable seafood barbecue.

Oma is the most northern point on Honshu, which is the largest and most populated island of Japan. That means you can take a picture of your feet dangling in the ocean at the precipice of civilization. True, Hokkaido is more northerly but having big cities like Sapporo and Hakodate, Hokkaido feels much more populated than the wilds of Oma does. Speaking of Hokkaido, that island is visible from the shores of Oma on clear weather days. At night, you can see the lights of Hakodate city glowing across the waves. The best viewing spot is located at the Omazaki (Oma Cape), marked by the "fist-wave punching a tuna's face" statue.

A summer experience not to be missed

On August 14th, the Blue Marine festival is held in the wharf area of Oma. During the afternoon there's a tuna carving demonstration and auction. It is not uncommon for free slices to be handed out, but one shouldn't go expecting that. The rest of the day has a series of music performances and traditional dances. Food booths line the wharf. At night, a spectacular fireworks display booms and reverberates across the waters.

Oma may not boast amazing natural features or crazy cultural experiences. Yet it is certainly a unique way to spend an afternoon, at the edge of the world.

From Mutsu, the largest town on the peninsula, it is about 1 to 1.5 hour south of Oma by car. Driving to Oma yourself is the easiest way to get around the peninsula. There are rental car services located at the Shimokita train station in Mutsu. However, if you rather take the public transport, an option is boarding the bus from Mutsu Bus Terminal which departs at a frequency of one to two hours. The bus ride takes 90 minutes and costs 1870 yen. However, it is recommended to drive around than wait for the intermittent buses.

From Hakodate, right across the water from Oma, a ferry service can be taken from the Tsugaru Kaikyo Ferry dock, which runs twice a day (9:10 and 16:30). It takes 40 minutes and costs approximately $26 each way. If you prefer to take your car across the water to drive around in Oma, it costs $100 each way per vehicle, depending on its weight and size.

As a side note, be mindful to have plenty of gas when traveling around Oma since most of the town is uninhabited and isolated and also to top up your tank at Mutsu as fuel in Oma is pricier. 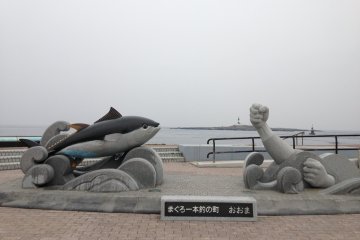 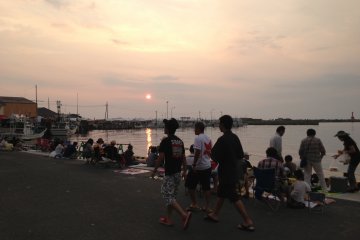 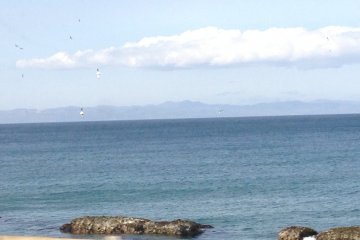 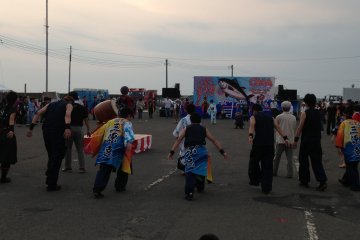 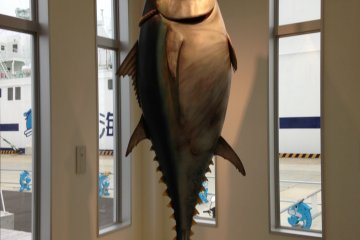 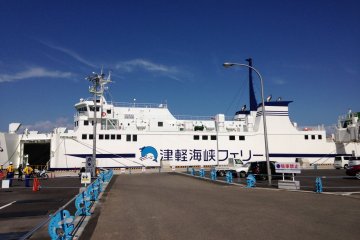