A relaxing retreat in southern Hokkaido

With Japan's northernmost island of Hokkaido enjoying more cold months than warm, it's no surprise that onsen (hot springs) are a popular escape when the temperature drops. Yunokawa Onsen is considered one of Hokkaido's top three onsen resorts and is conveniently located within the boundaries of Hakodate City itself.

The hot springs first came to prominence in 1653, when a local daimyo (feudal lord) from the ruling Matsumae clan claimed to be healed of an incurable condition after enjoying the waters. While the town makes no health promises in the modern age, the chloride and sulfur waters are generally agreed to be beneficial for skin and circulation issues.

Yunokawa Onsen sits along the seaside and boasts a number of hot spring hotels with ocean views from their on-site baths. In the summer and autumn, the water offshore glows every night with the lights of huge tungsten lamps mounted aboard the local fishing boats. The catch of the night is mostly Hakodate's famed squid, a good portion of which appears on the dining tables of many of the ryokan in Yunokawa Onsen.

For travelers who are just passing through, the town offers a free public footbath to soothe weary feet. The bath is extremely accessible, situated just in front of the Yunokawa Onsen streetcar stop. A few of the hotels and ryokan also offer the option of day-bathing for a small fee.

For a rather unique experience, don't miss a visit to the Hakodate City Tropical Botanical Garden which is situated in the Yunokawa Onsen neighborhood. Around 3000 tropical flowers and trees are cultivated within the garden's greenhouse. A variety of orchid species are displayed year-round, making it easy to feel transported somewhere tropical even while the snow is falling on the ground outside! A highlight of the Hakodate City Tropical Botanical Garden is the population of Japanese snow monkeys who make frequent use of one of the hot springs on the grounds in the colder months. Human visitors can also warm themselves in the garden's footbath. Alternately, in the summer months, the on-site Water Square is a popular place for both children and adults alike to beat the heat.

Yunokawa Onsen is easily reached from downtown Hakodate in around thirty minutes by the local streetcar or bus system. 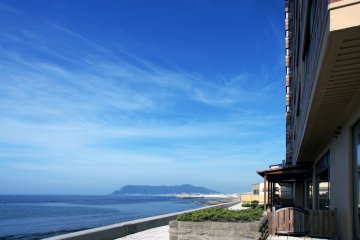 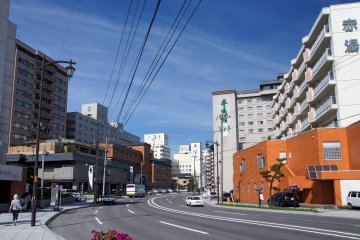 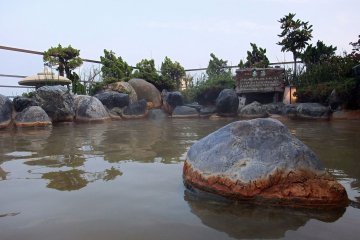