Star Shaped Fortress of the North

Today I visited one of Hakodate’s most distinctive attractions: Goryokaku Fort which is a star shaped fortress, the first western style fort in Japan built to defend against the Russians, with Hokkaido being close to Eastern Siberia, but actually it was never needed in in the Japanese-Russian War but used as the last battle of the Tokugawa Shogunate “rebels” against the forces loyal to the Emperor Meiji, in the ‘Boshin War’.

The fortress is made from an island cut into a crenelated 5 sided star, surrounded by moats, and steep angled stone walls. The shape means nearly any point on the wall had great visibility in more than one direction, and of the other fortress walls, but without them being in the line of cannon fire, this in turn meant that a great number of cannon placements could reach as many number locations as possible without having any blind spots or areas impeded by the structure itself.

On this Western style island, there is a Japanese style hall in the middle that was designed by a Japanese man who studied Western technology, and so the fort is symbolic of the centre of the fusion of western and Japanese learning that Hakodate became.

The original hall was destroyed by fire, but has been restored along with being planted with many trees which has made it an elegant park. During the spring it is a very popular cherry tree- sakura – viewing spot.

Right next door there is an observation tower that, with the benefit of great height, allows you to really appreciate the fortresses’ intricate star shaped design of walls, moats and bridges as well as the rest of Hakodate, including the mountain that I got my night views from last night.

Visiting in February, there was a still a lot of snow covering everything below, making a vivid contrast but as there is also a small scale model of that allows you to see what it would look like during the summer.

Find out more about Goryokaku Park. 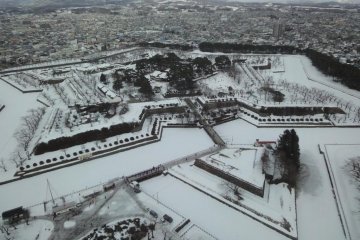 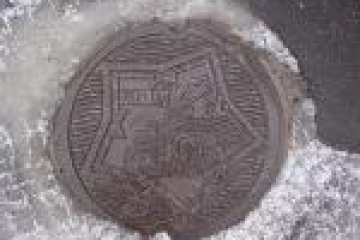 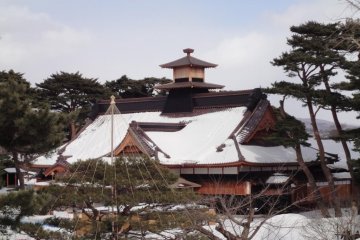 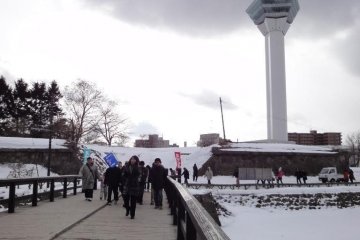 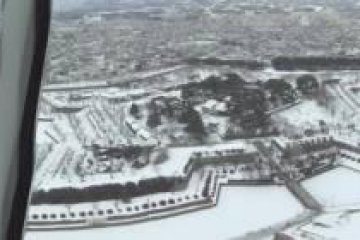 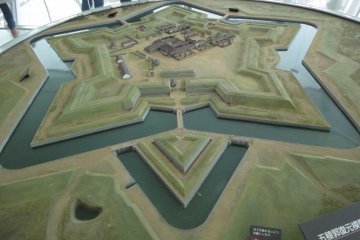 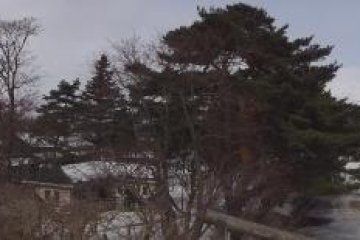