Mitsubishi is now showing its latest creation in a futuristic exhibition. Robots present their artistic expression in Tokyo. Although it might sound bizarre, you can actually see machines creating art while humans interact with their work. If you want to see and be part of this, head to Metoa exhibition space in Ginza.

There are several robots involved in this project. However, the main and most attractive work piece is the one of “Beauty in Motion.” Sixty-four 55” LCD screens transport you to a world of technology and art. Through four, two-minute scenes, the synchronized robots and images really make you rethink a new definition for art.

In “Resonance,” one of the four scenes, people interact with the robots by operating their angle and launching white digital balls that travel on the screens and bounce on colorful sticks. It’s a perfect example of the creator’s (Takahiro Matsuo) vision of producing a perfect combination of art, design, and technology.

At the top floor you can also transport yourself into a miniature world. Renowned miniature artist and photographer Tatsuya Tanaka, shows his original and creative pieces which have been part of his popular “Miniature Calendar.” He converts Mitsubishi’s electronic pieces into beautiful and creative scenes and themes of daily life. Robot arms are transformed into an amusement park, a monitor becomes a hot spring, and circuit breakers work as swimming pool diving boards.

On the same floor you can feel you are in front of a real giraffe. However, it’s a three meter high robot who moves in a charming way; just as the animal. For it to be even more real, just grab one of the fake apples the staff has and place it on its bowl. The giraffe will immediately go and eat it.

Just besides the almost real animal, there’s a new technology which might revolutionize the air conditioning systems. You can try it by standing on one of the circles at the floor. Feel how the air just flows to your direction and your area. Mitsubishi calls it “my personal airflow.”

If you haven’t had enough about robots, head to the exit and another one will say goodbye as it plays with its Japanese fan.

Admission to the exhibition is free. The robots will be presenting their art until January 15, 2017. 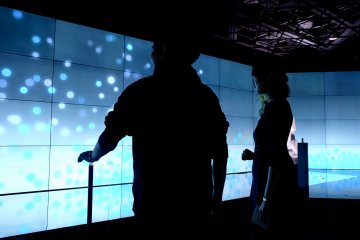 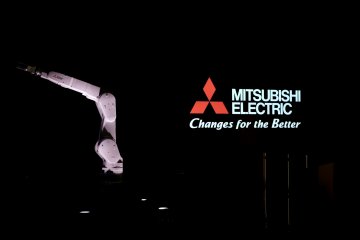 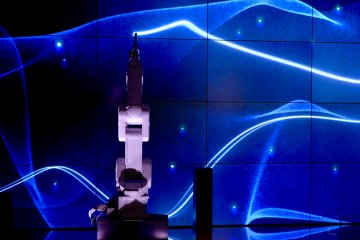 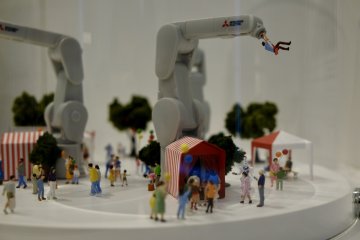 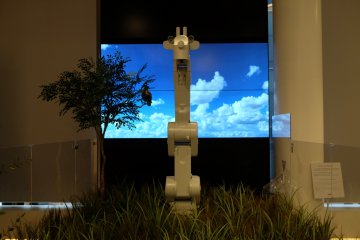 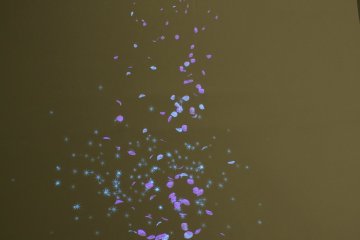