Sendai has a distinct culture formed by a combination of its natural surroundings, samurai history, love of food, and overcoming of disasters. Often forgotten about is the city's passion for music. Most locals quickly point to the Jozenjji Street Jazz Festival or the ryhmic dancers of the Yosakoi Festival, yet a newer more refined taste in music option would be the Sendai International Music Competition. Its 6th competition is currently happening now from May 21st to June 26th.

The competition is held only once every 3 years. It features professional musicians from Japan and around the world. The competition is divided between the violin (May 21st- June 5th) and piano (June 11th-26th) categories. Only those born 1 Jan 1988 or after are eligible, so this is very much a youth competition. It still brings some of the world's best performers seeking glory, or perhaps the top prize of 3,000,000 yen.

The competition venue is Hatachi Systems Hall, located at Asahigaoka subway station. The mixed 11 person international jury decide the winners, however, the public can come to watch all day for just 1000-4000 yen a ticket. A restaurant and a few temporary shops are on the first floor of the venue. Meanwhile, the "Koryu Hall" on the second floor provides a rest area, tourist information about Sendai, and many information panels. There is also a TV with a live stream broadcast.

New for this year, those unable to visit may enjoy the live broadcast or recorded performances on YouTube. 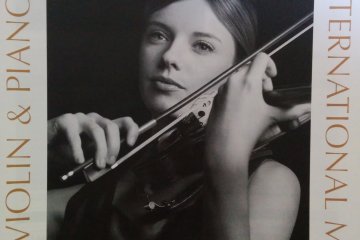