The On Matsuri in Nara

A major festival 880 years in the making

The On Matsuri, one of the most important festivals carried out by Kasuga Grand Shrine in Nara City, will take place from the 15th to the 18th of December. The main events will occur on the 17th and include a daigyoretsu procession, the type of procession or parade a wealthy samurai or fief official would have had when they traveled, and dancing and taiko performances around the shaden, ceremonial temporary shrine, in Nara Park. All members of the public are invited to attend and view the festival. The daigyoretsu begins at noon from the Nara Prefectural Office and follows a circuit that takes it past Kintetsu and JR Nara Stations and up the Sanjo Dori to the festival grounds inside the Ichi no Tori (first gate) in Nara Park. Additional events commence from 1 o’clock in and around the shrine grounds.

The On Matsuri got its start in the year 1135 after a period of droughts and natural disasters led to bad harvests and widespread famine and outbreaks of disease. The priests of Kasuga Shrine and the people of what it is present-day Nara City held a festival for Mikonogami-sama, the deity enshrined within Kasuga Shrine’s Wakamiya Altar and the child of the Shrine’s main deity, and prayed for a good harvest and an end to the droughts and natural disasters in the following year. Their prayers were apparently answered and the On Matsuri has been held every year since then without interruption. 2015 is the 880th On Matsuri. 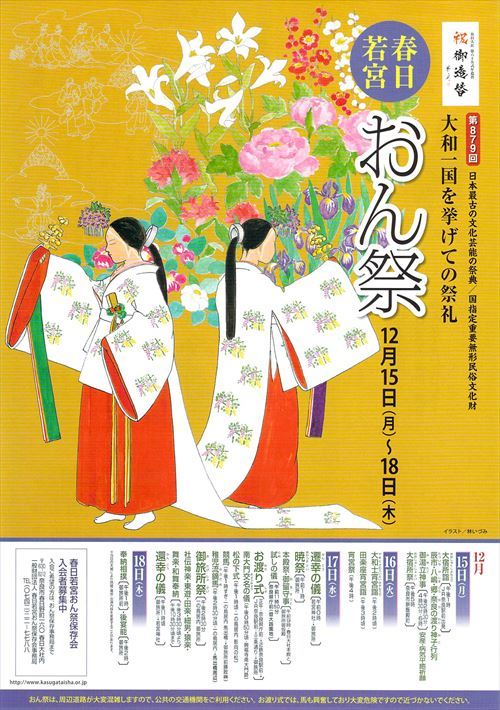 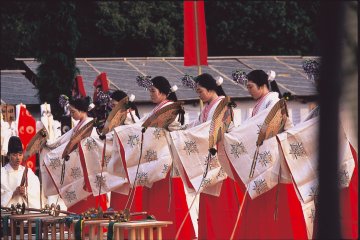 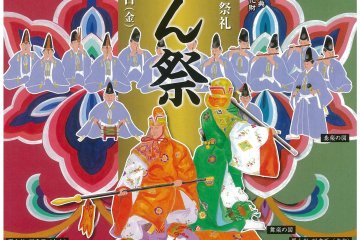