Floating along the Ono River

Sawara is a living museum with Edo Period architecture still standing along the Ono River. The Ono River stems from the larger Tone River, which once connected Sawara and the capitol Edo by trading sake. With a flourishing river-based commerce, merchants, scholars, and brewers made Sawara their home. Now these hundred-year-old family businesses can still be found baking taiyaki rice bean cakes and sembei rice crackers in the early morning. Instead of trade boats, gondolas now glide along the water and welcome visitors to their town.

As you take a relaxing boat tour through the city, you have the best vantage point to take in all the history of Sawara. The first landmark you will see is Ino Tadataka’s house on your right. Tadataka was the first cartographer to trek across the entirety of the county and create a detailed map of Japan. They say that if you compare his original maps to satellite images, there are little to no mistakes in his observations. Tadataka’s house is now a memorial open to visitors.

On the other side of the river, you can see a large red-brick chimney towering over the Edo buildings. This is a landmark of Sawara’s oldest family-run brewery, Baba Honten. For fifteen generations the Baba Family has used traditional methods to brew their sake. The brewery is a sign of Sawara’s perseverance, culture, and prosperity during the Edo Period.

As you continue down the Ono River, willow branches sway over the water. Townsfolk will stop as they see your boat and wave hello as you row by. In the spring time, thousands of irises bloom on the riverbank to create a gorgeous view for passengers. After the irises have bloomed, it’s time for Sawara’s Summer and Fall Festivals. The Ono River splits the festivals on either side of the city, the Summer Festival on the left side of the river and the Fall Festival on the right side. During this time, large floats carved from cedar wood are pulled through the city.

The elegance and intricacy of these floats is difficult to imagine, especially to western cultures where parade floats are typically made of streamers and papier-mâché. Sawara’s twenty-four floats were all created during the Edo Period and are put on display in the Festival Floats Museum in the center of town. Each carving tells a different story of the god that is on display at the top of the float. To learn more about these and their stories, guided tours are available at the museum.

The Ono River has the best of both worlds when it comes to traveling. During the festival seasons, the river banks are jam-packed with tourists to see the dozens of floats parading along the streets, but during the week, the river is a serene and beautiful place to relax. 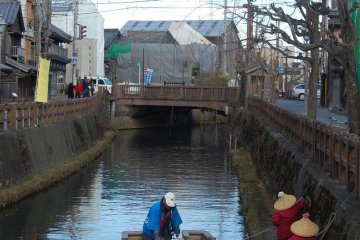 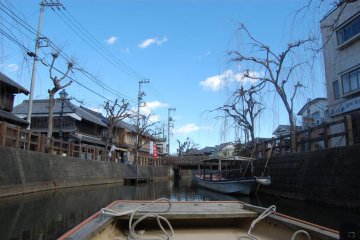 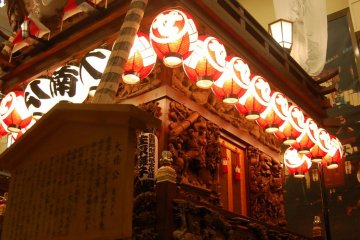