Story behind the first ever map of Japan

A trip to Sawara was definitely an experience that sent me back in time to the period of Edo, with wooden townhouses, stone paved pathways, and the iconic ancient canal. It felt old-fashioned, tranquil in a traditional way, and I thought I’ve experienced enough of the classical touch—until I arrived in one of the town’s top attractions, The Inoh Tadataka Museum.

Nestled among the Little Edo residences, just a short walk from Sawara Canal, The Inoh Tadataka Museum stands gracefully albeit in a more contemporary looking building. It is a museum dedicated to Inoh Tadataka, a surveyor and cartographer that became the first man to create the map of Japan based on an actual survey. Yes, the man himself walked throughout the country, across the islands under many survey missions, combining the smaller maps he created from each journey, to form the whole map of Japan—so similar to the ones drawn by satellites that you see today.

Inoh Tadataka came from a poor farmer family, and later adopted by the Inoh family in Sawara. It was not until the age of 55, when he left Edo to initiate his first surveying expedition bound for Tohoku and southern Hokkaido regions. It went on and on, until the tenth expedition that covered Edo area completed the “Dainihon Enkai Yochi Zenzu” -- the first surveyed map of Japan. And the museum tells it all—the chronological, detailed story from the day he was born to the moment when he became interested in measuring longitude and latitude, to the tools and instruments needed for the expedition, and of course, as the main dish of the museum: the “Inoh Zu”, or the Inoh Maps itselves.

The museum’s crowd puller is the full Greater Japan Coastal Maps consisting of 214 large scale maps (1:36000), 8 medium scale maps (1:216000), and 3 small scale maps (1:432000). For me personally, these are a masterpiece worth admiring. And worth contemplating, as when I paid a closer look to each map, I couldn’t help but to think about how great Inoh Tadataka was—a traditional man from the simpler days, able to achieve something so big that the Japanese and the whole world are still looking at even now. I was really captivated by the high level of accuracy and the beauty of the maps. Well, no wonder, because those were created based on an actual survey, by the hand of a proficient astronomer. And with that precise correctness and artistic touch, Inoh Zu was selected as a national treasure in 2010.

Besides the main exhibition with all the maps, paintings and drawings (such as natural beauties drawn during the expedition), the story of the process of the surveys to the process of combining the maps, the tools, and the map comparisons, the museum features many other interesting facilities. The most popular one is the room exhibiting the replica of the whole Japan in its actual contour, with some Japan map puzzle games around—this was a solid proof to me that the museum caters all kinds of visitors. There’s also a mini audio visual theater playing a documentary in an endless loop, and a number of booths with screens where visitors can access all the information they need.

Exploring the museum complemented my journey of Japan past. As I kept on reading the story of how Inoh Tadataka began from one exploration to another, to the time I examined the smaller scale of the maps, until I finally got exposed to the whole completed map of Japan, the museum successfully did its job as the time machine that transported me to the 18th century—as if I was there by Mr Tadataka’s side when he undertook his amazing journey. 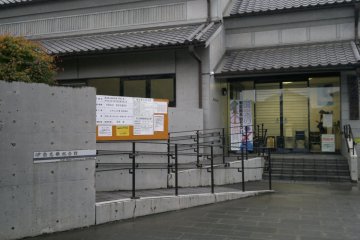 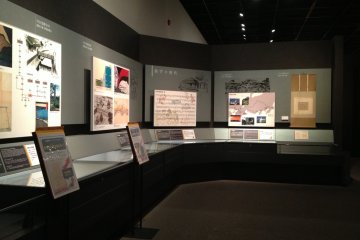 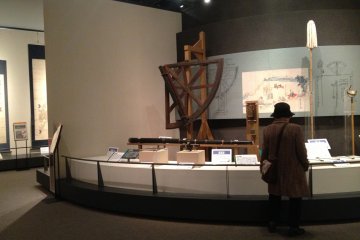 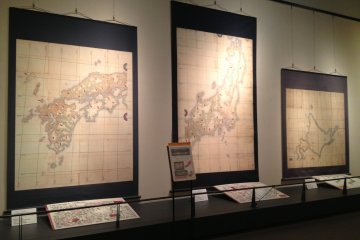 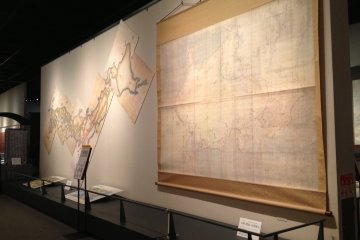 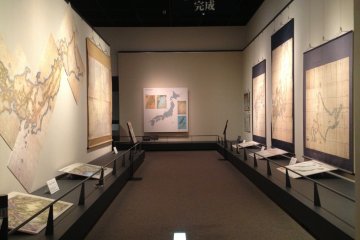 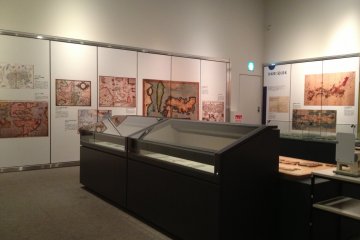 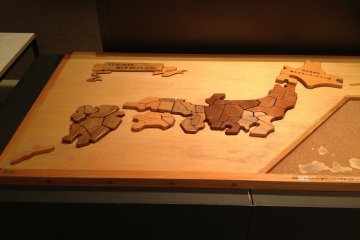 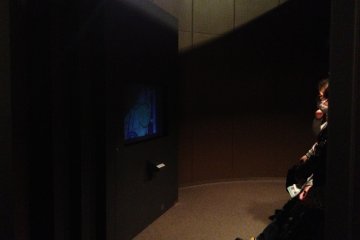 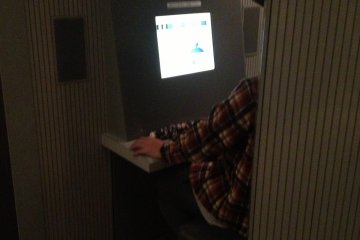