See the Historic City of Sawara

Sawara - historic city on the Ono River in Chiba

Sawara is an historic city located in Chiba Prefecture. Sawara's streets remain much as they were 200 years ago and it resembles the old Edo (Tokyo) of several hundred years ago. The area has been designated a national preservation district due to several remaining historic buildings. The town borders Ibaraki Prefecture, which lies on the opposite shore of the Tone River.

From the center of Tokyo it's about 70 kilometers and on a clear traffic day you can drive to Sawara in about an hour (take the expressway that goes to Narita).

Alternatively, from Tokyo, it's 38 minutes from Tokyo to Chiba Station by the JR Sobu Line (rapid service), and 1 hour from Chiba to Sawara Station by JR Narita Line.

If driving park at a pay-parking lot that is just a few meters from the canal and across the street from Fukushin. The attendant gave us a map (Japanese only) and told us about a coffee shop to try (near the Mitsubishi Kan). He also told us about the water that cascades from under the bridge over the canal every 30 minutes (nothing spectacular, but picturesque). You can also park at the Ino Tadataka Memorial Museum for free. Ino was the first person to complete a map of all Japan at the beginning of the 19th century after completing a three year survey. Once he completed his first map of eastern Japan the government commissioned him to survey and map all of Japan, which took sixteen years. Ino died before his work on the survey and maps could be completed, but his disciples carried on his work, completing the maps in 1821.

You can take a boat ride up the canal in one of the motorized skiffs "manned" by ladies in traditional farm wives' outfits (except for those jogging shoes).

If you are visiting Japan in May or June, see the Ayame Festival, which is held at the Suigo Sawara Aquatic Botanical Garden. You'll be able to see over 1.5 million irises blooming throughout the grounds of the garden. Visitors in summer (mid-July) and autumn (mid-October) can enjoy the Sawara-no-Taisai Festival and watch a dozen large floats being pulled through the streets.

The actual historic area is small enough that you can walk around it in a couple of hours, but if you take in the museum you'll need to add that time in also. You can pop in and out of any shops that are open and in the shop on the corner, which sells a large variety of craft items, you can go up into the second floor which has been converted from the original warehouse. They have a very lovely little garden between the entrance to the back of the shop & the entrance to the upstairs warehouse shop.

If you're there during the lunch hour you may want to try soba at one of the old shops. If you stay into the evening you may want to give the French restaurant along the canal a try (we didn't stay long enough to try it). 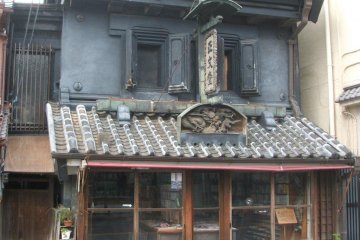 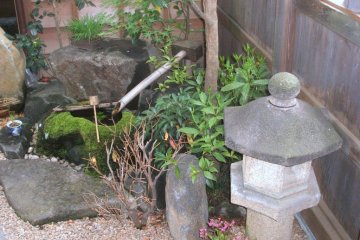 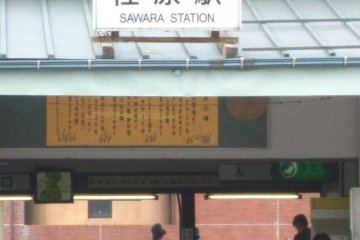