Friday morning was so beautiful that Miwa and I decided to go out for some serious exercise. Boarded a Yokosuka train to Kurihama (45 minutes), a bus to the Ferry port (10 minutes), and finally a very nice Ferry ride (40 minutes) to Kanaya. From the outside the ferry did not look like much, but once inside it was almost as nice as the ones we used in Northern Hokkaido.

We walked a couple kilometers to the entrance of Mt. Nokogiri. In English it is called Mt. Saw Tooth because one area of rocks looks like a blade of a saw.

Miwa warned me that although the mountain is not that tall, at 330 meters (1083 feet), there are many steps up and down the mountainside.

We decided to take the ropeway up and then walk back down after touring the area. Most of the mountain is comprised of the Nihonji Temple complex. Chiba prefecture has designated 32 sites as places of extraordinary beauty at Mt Nokogiri alone. I really do not know how many we walked too, but it was exactly as advertised.

Just above the ropeway is Mountain Summit Observatory. I took many pictures of the area including the departing ferry. It looked so small from way up here.

After paying a 600 yen ($5.26) entrance fee we entered the Buddhist temple area, which gave us unlimited access to the trails and beautiful sites along the way.

Now for some interesting history; officially called Kenkon-Zan, Nihonji Buddhist Temple was founded 1300 years ago with an offering of 18.2 tons of gold by Emperor Shomu and Empress Gyoki. The sect of Buddhism has changed hands four times from its founding. It became a learning center for Buddhist priests. A master artisan and 27 assistants created 1500 Tokai Arhats statues and 100 Shaku. As you walk up and down the stairs you will find these figures along the ridges and crevices. If you're wondering why some are without heads, back in the Meiji era there was a great anti-Buddhist uprising and many of the statues were destroyed. Thanks to some generous contributions, restoration is now taking place for this significant historic treasure. While hiking this area we came across a large group of monkeys chasing each other through the trees.

We also hiked over to the Daibutsu of Nihon-ji. This is the largest stone carving of Buddha in all of Japan. In comparison: the Buddha statue in Kamakura is 13.3 meters (44 feet) high, the Great Buddha statue in Nara is 18 meters (59 feet) high, and this Nihonji statue is 31 meters (102 feet) high.

Now it was time to climb back up to the Rumiko Observatory - I am sure it was more steps then the 1458 I climbed back in January to the top of Landmark Center.

After a lot of heavy breathing, we finally reached the top and over to Jigoku Nozoki, the view from hell. There were many different viewpoints and with an almost cloudless sky I knocked out another 100 or so photos.

Starting back down we passed through the Stone Quarry Ruins and finally the trail back to civilization. It had rained the day before and the trail was very slippery, with many natural stone steps. It was slow going, but we made it to bottom with stomachs that said we were way past due lunchtime. A few minutes from the Ferry are many fresh fish restaurants. We chose conveyer belt sushi along with the biggest glass of draft they could find to top off a very enjoyable day.

You can reach this area via train through Chiba prefecture, but I highly recommend going to Kurihama and taking the very nice ferry ride.

This is another great way to escape the city for a day. If you want to see all of the areas on Mt. Saw Tooth it is not for the faint hearted, but well worth the trip. I give it five stars. 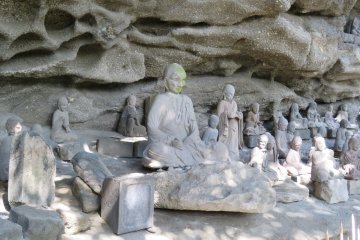 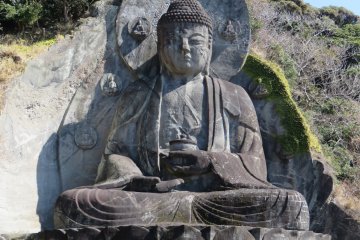 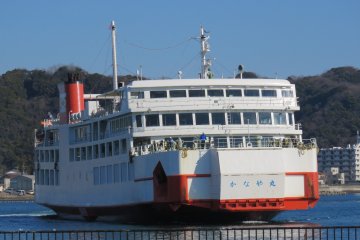 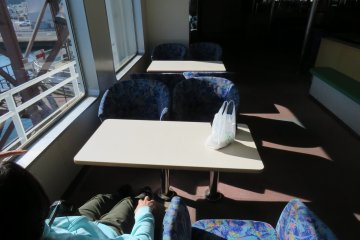 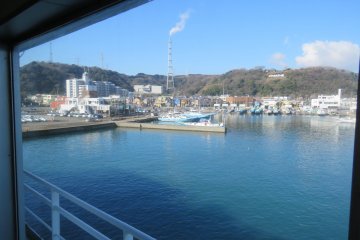 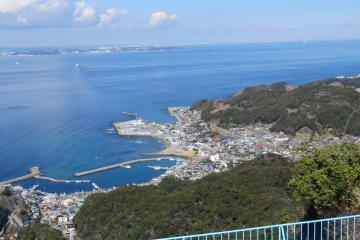 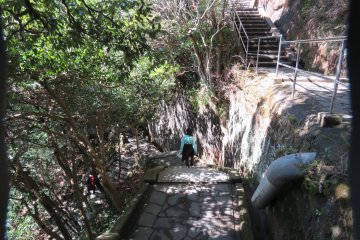 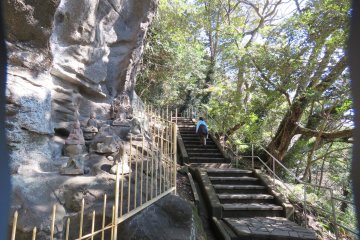 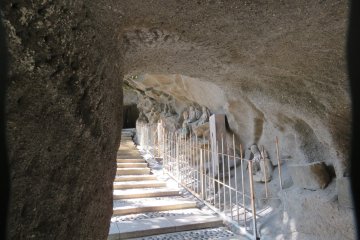 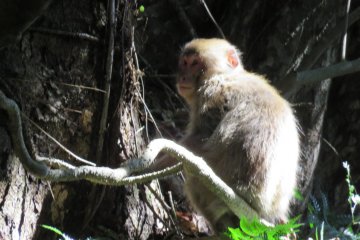 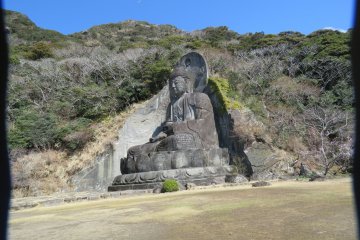 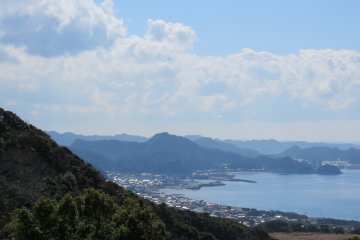 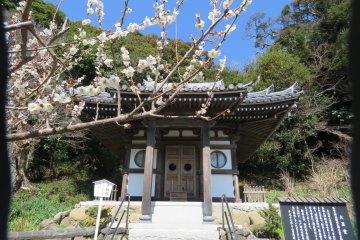 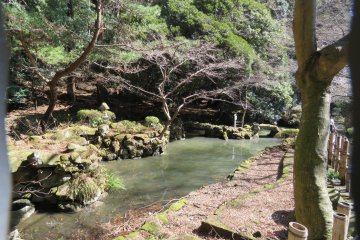 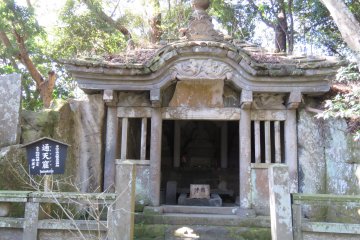 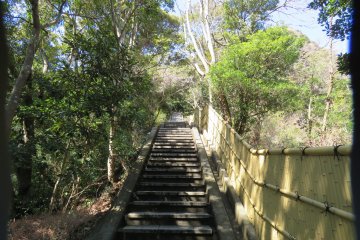 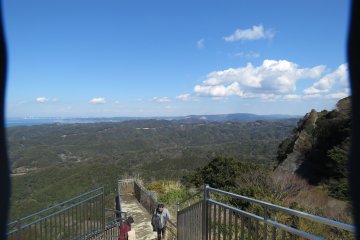 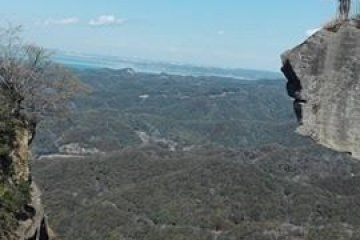 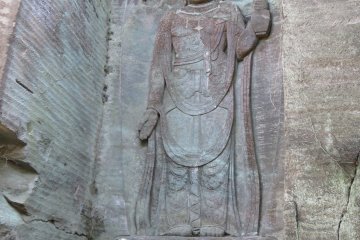 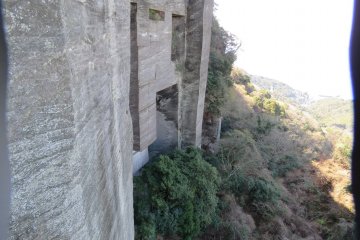 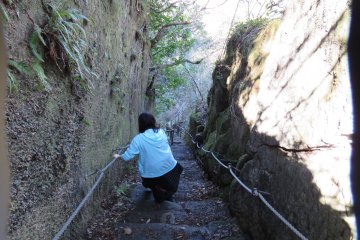 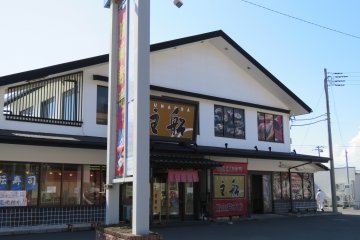 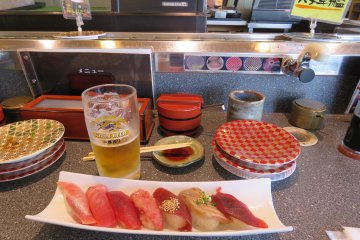